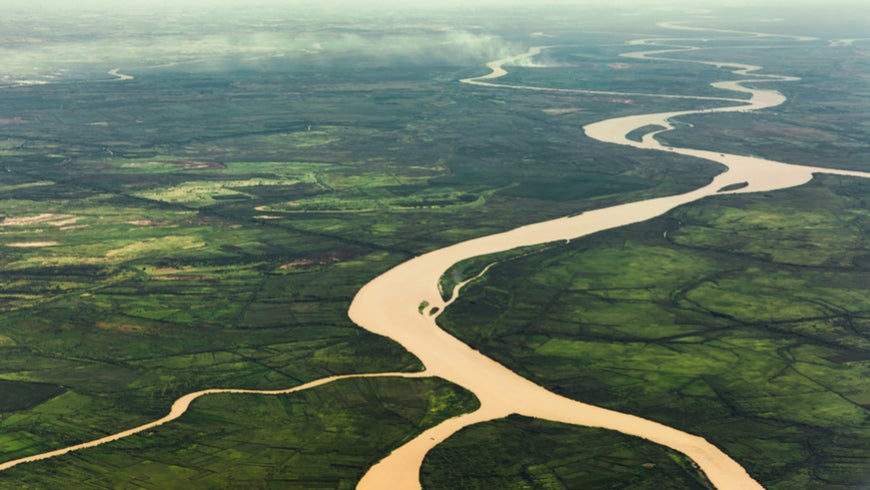 Nature is declining at a rate unprecedented in human history, confirmed by the landmark new report from the Intergovernmental Science-Policy Platform on Biodiversity and Ecosystem Services (IPBES)—the most comprehensive report of its kind. The massive rate of extinction of plant and animal species will likely have grave impacts on people around the world.

IPBES Chair, Sir Robert Watson, said at the report launch: “It is not too late to make a difference, but only if we start now at every level from local to global.” That is what the World Bank-led, Global Environment Facility-funded Amazon Sustainable Landscapes (ASL) Program is working to do in the Amazon, a region that hosts 40% of the world’s remaining rainforest, 25% of its terrestrial biodiversity, and more fish species than in any other river system. Through its integrated regional approach, the ASL will improve management of 82 million hectares of forest across Brazil, Colombia and Peru.

Often called the ‘Godfather of Biodiversity’, prominent ecologist Thomas Lovejoy has been working in the Amazon for more than 50 years. He shares with us pressures currently facing the Amazon, why we must protect the Amazon, and some solutions —including why it needs to be managed as an integrated system with incremental decisions.

The Amazon is one of the few remaining wilderness areas and is home to possibly one-fourth of the world's terrestrial species. Why is this biodiversity so important?

The Amazon’s forest and rivers host an extraordinary variety of species, some endemic, others endangered, and many of which are still unknown.

This biodiversity is important globally. Every species in this incredibly biodiverse system represents solutions to a set of biological challenges -- any one of which has transformative potential and could generate global human benefits. For example, the discovery of ACE (Angiotensin Converting Enzyme) inhibitors, inspired by studies of Fer de Lance venom (a tropical viper found in the Amazon), help hundreds of millions of people control hypertension around the world. This rich wealth of species brims with promise, awaiting discovery. Leaf cutting ants, are an example. These ants collect leaves as mulch for their fungus farms, deliberately avoiding those with natural fungicides. Studying the species they avoid might be a shortcut to identifying new natural fungicides. Knowledge of indigenous populations have a large role to play in uncovering this potential. Biodiversity is also important locally, constituting a natural capital underpinning many human activities, in particular livelihoods of the world’s poor. For example, the giant catfish is an important local staple.

While most people are familiar with the fact that the Amazon stores large amounts of carbon and hence its importance for climate change, can you tell us more about hydrological cycles?

Few people are aware that the Amazon makes about half of its own rainfall, as well as delivering rainfall as far south as Argentina, supporting agricultural production. Failing to maintain this hydrological cycle could lead to a tipping point converting parts of the tropical forest to dry savannah and maybe caatinga, a semi-arid scrubland formation, as well as negatively affecting rainfall and agriculture throughout South America. Climate scientist Carlos Nobre and I believe we are actually close to this tipping point, with the 2005, 2010, and 2016 droughts being its first signs. There is good news, however, as recognizing this possibility and engaging in reforestation can build back a margin of safety.

What do you see as the main threats to the Amazon and solutions to address them?

Unfortunately, the Amazon is increasingly under pressure. While the places most at risk are in the south and south-east (parts of Pará, Mato Grosso and Rondonia), pressures are beginning to emerge elsewhere.

One of the biggest problems is deforestation for cattle ranching or other agriculture. Infrastructure development also poses a large threat, especially if some developments proceed as currently conceived. We need to think about alternatives and engage with state governments to create sustainable development models that conserve the forest.

Developing sustainable bio-economies will be part of the answer. If farmers see income streams from activities that protect the forest, I imagine this will get a good response. Another example is fisheries and aquaculture. These are really important in both bio-economy terms and for feeding the world’s growing population. However, it all depends on how aquaculture is implemented. The state of Acre has developed a pretty productive aquaculture industry in the last 10 years. Such bio-based activity makes a lot of sense and we should look for further opportunities like this, also turning to indigenous knowledge to identify new bio-based economic opportunities.

Sustainable cities are also key but need thoughtful and creative planning. Economic activity in Manaus, for example, largely uses materials that do not come out of the forest. We must start a conversation on how to enable cities to bring real benefits to their populations, with much less forest impact.

Low impact infrastructure is another solution. An excellent example is elevating highways as in the Atlantic forest region. The planned Manaus-Roirama transmission line would have lower impacts if the proposed straight-line design was modified to follow the existing highway, avoiding further forest loss and disruption to indigenous peoples. Likewise, we need to think about how to produce non-fossil fuel energy from hydro-electric dams in a way that maintains sediment flows and pathways for migratory species such as the giant catfish whose life cycle spans from the estuary to headwaters.

Talking about indigenous people, the IPBES report notes that habitat loss and hence biodiversity is slower in territories they manage. How do you see the role of indigenous communities and their knowledge in protecting and maintaining this biodiversity?

Indigenous people have a very important role to play. They have extraordinary knowledge of local animals and plants and have been remarkably successful over millennia in developing different ways of benefiting from the forest.

Most indigenous peoples have a pretty sustainable lifestyle. They are basically great protectors of the forest and currently look after about a quarter of the Amazon. Not all indigenous peoples will want to stay unchanged for sure, but they are some of our best stewards of biodiversity in the forests at the moment. They are incredibly smart, capable of fast forwarding to the age of electronics overnight, for example using GPS to map their own lands. They also have fascinating individual cultures.

By helping avoid deforestation, indigenous peoples play a key role in protecting biodiversity and in the global fight against climate change. They are doing the rest of humanity a huge favor in how they manage their forests. They are big allies in protecting the Amazon and deserve a lot of respect and gratitude from Amazon countries and the rest of the world for doing that!

The World Bank, UNDP and WWF, are supporting the GEF-financed ASL Program. The ASL aims to link protected areas with productive landscapes. Do you think this is a good strategy?

When managing a system, like the Amazon, it is critical to pay attention to incremental decisions. Each increment of change in the larger framework can have cumulative effects, which if negative can be huge. The Amazon is a system that extends up to the top of the Andes and what happens at the altitudes above the forest affects the forest itself. Human activities are an important piece of the puzzle to be solved to manage this as a system. I know people are worrying about the recent Brazilian policy shift towards opening up the Amazon, however, I believe that when the Brazilian government comes to understand the importance of the Amazon as a system, and its contribution to the Brazilian economy and agriculture it will understand it is in the best interests of all Brazilians to have a functioning and sustainable Amazon.