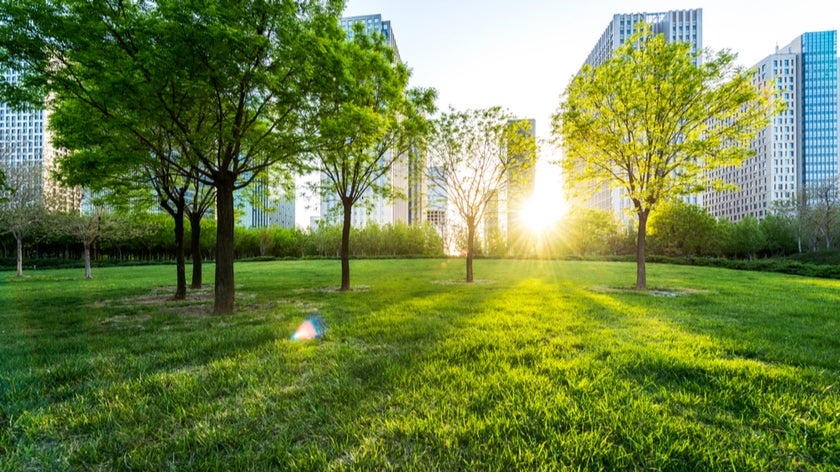 Nature finally got its rightful place within climate negotiations at COP26 in November. It was the first time – despite the well-established links between the climate and biodiversity crises – that we saw so much emphasis at an international summit on the positive role that nature can play in climate change adaptation and mitigation. The Glasgow Climate Pact reflects this and paves way for greater adoption of ecosystem- and nature-based adaptation solutions as countries strive to meet the 2050 net zero target.

The emphasis on nature in Glasgow was evidenced through the first ever nature day held at a COP, the Glasgow Declaration on forests and land use which includes the promotion of finance for reversing forest loss, and the inclusion of nature in more than 90 percent of countries’ Nationally Determined Contributions. Donors also pledged $413 million for the GEF’s Least Developed Countries Fund, which supports ecosystem and nature-based adaptation solutions in the world’s most vulnerable countries. The integration of nature and climate change in Glasgow was the culmination of years of effort by a number of leaders, champion countries, and numerous institutions to ensure nature got the attention it needed as a climate solution.

Another significant part of the Glasgow Climate Pact was its call for the private sector to mobilize finance for climate adaptation. As developing countries face a massive infrastructure gap to achieve their SDGs, nature-based building solutions are emerging as a viable alternative to grey infrastructure for critical services such as water supply, food security, flood protection, carbon sequestration, heat reduction, and health. The business-as-usual delivery of infrastructure services through concrete and carbon-intensive construction can’t be continued in light of the climate crises facing the world. We must look at how nature can provide these services in a cost-effective way. Given the large infrastructure needs and opportunities in coming decades in developing countries, nature-based infrastructure (NBI) presents a great opportunity for the private sector to respond to the call made by countries through the Glasgow Climate Pact.

Indeed, the momentum has been built to integrate nature in the climate action agenda. The evidence base is also stronger than ever for a policy case for nature in tackling the climate crisis. The focus now lies on implementation and in addressing systemic barriers that obstruct its path. These include a knowledge gap among decision makers, a lack of engagement across different disciplines, and limited understanding of the value of the benefits offered by nature-based infrastructure to the planet, to people, and to our economies.

Recognizing this, the GEF through its Special Climate Change Fund in collaboration with the International Institute for Sustainable Development (IISD) launched the NBI Global Resource Centre at COP26. The initiative, which was seeded under the NBS Action Track of the Global Commission on Adaptation led by Canada and Mexico, is also supported by the MAVA Foundation and UNIDO. The NBI Centre provides data, training, and customized valuations of nature-based infrastructure opportunities and related co-benefits, based on the latest innovations in systems thinking and financial modelling. It is expected to focus on more than 40 projects over coming years and also create knowledge products to help policy makers and practitioners become more familiar with these opportunities and their benefits.

It is essential that we start planning, designing, building, and operating infrastructure differently, using a systemic approach that values nature’s infrastructure services and its co-benefits accordingly. The NBI Centre has been designed to help make this transition happen, improving the track record of building with nature and deepening the trust of governments and investors in nature-based infrastructure as an investment-worthy asset class.

The launch of the NBI Centre is a small but critical step toward translating commitments into action. It will work with national governments, cities, private infrastructure developers, local communities, and other stakeholders to mainstream nature in infrastructure and climate action decisions. In so doing, it aims to unlock public and private finance for nature-based climate solutions, and raise awareness that building with, instead of against, nature is our (only) opportunity to secure a sustainable future for all.