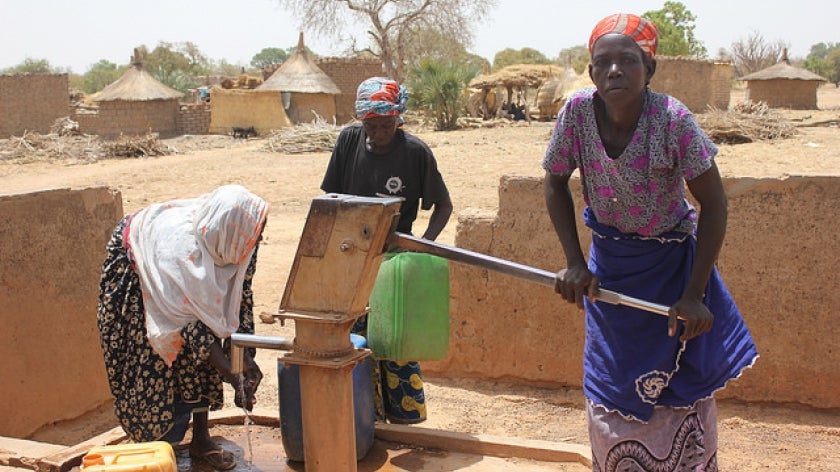 It is critical to recognize that all too often women experience the impacts of climate change differently than men. Women are often affected disproportionately due to gender inequalities. They also constitute the majority of the world’s poor and are more dependent for their livelihood on natural resources that are threatened by climate change. When a woman’s access to financial resources, land, education, health and other rights and opportunities is limited, her capacity for coping with and adapting to climate change suffers as well. Unequal participation in the decision-making processes compounds these inequalities and further prevent women from fully contributing to or benefiting from climate adaption and mitigation initiatives.

Across developing countries women are largely responsible for food production and procuring a household’s water supply and energy for heating and cooking. These tasks are becoming more difficult as the impacts of climate change increase. At the same time, women are often not involved in the development of climate technologies. This situation can result in the slow adoption of sustainable technology that can facilitate tasks such as preparing food with improved cook stoves. To fulfill universal access to sustainable energy by 2030, we must address the barriers to modern, clean and renewable fuel sources for the billions of women and men that still do not have access to energy. This includes addressing underlying social, economic and political barriers that limit women’s coping capacity and decision-making opportunity. We must also proactively release the potential of women as agents of change for climate mitigation and adaptation – especially in the renewable energy sector.

The GEF promotes gender equality and women’s empowerment across climate adaptation and mitigation projects such as affordable wind and solar renewable energy technologies, among others. These projects have the potential of increasing access to clean energy services for both women and men. Clean energy can have profound effects on the daily lives of women, reducing the burden related to cooking and heating, supporting livelihood activities, improving their families’ health and wellbeing and providing new job opportunities.

Addressing gender inequality in the response to climate change is one effective mechanism to build climate resilience and reducing emissions. The GEF has already taken steps to mainstream gender early in all GEF funded projects. Since the adoption of the GEF Gender Equality Mainstreaming Policy in 2011, GEF is requiring all new projects to conduct a gender analysis and to develop gender responsive results-based frameworks. These kinds of analyses and frameworks are key first steps to ensuring that women’s needs, voice, leadership and participation are taken into account in project design, implementation and evaluation. Mainstreaming gender early in our climate projects will lead to more effective, equitable and sustainable results that benefit both women and men.  It also generates global environmental benefits - decreasing CO2 emissions, protecting soils, saving forest and biodiversity.

The share of GEF projects reporting on gender increased from 24% in 2011 to 56% in 2014. In addition, 78% of GEF’s climate change adaptation projects incorporate gender issues, and involve on-the-ground activities with local communities. In response to mounting global and national commitments, GEF’s contribution to the renewable energy sector has grown substantially over the last year. GEF has promoted renewable energy technologies across all levels of society: cook stoves, energy efficient lighting and solar powered lighting, home appliances including fans, cell-phone chargers, and even refrigerators, mini grids for communities and grid-connected bulk power for countries.

We have made progress but our work is not done. Despite global commitments and efforts, women remain insufficiently recognized and involved and are not systematically supported across the climate and energy sector. Recognizing the challenges in integrating gender equality in our programs and projects, GEF adopted a Gender Equality Action Plan in 2014 and launched an Inter-Agency Working Group on Gender in 2015 (now called the GEF Gender Partnership). With active participation of GEF’s 18 Agencies, Secretariats of key Multilateral Environmental Agreements (MEA), and other partners, the partnership serves as a platform for consultations, coordination and knowledge sharing to accelerate efforts to mainstream gender equality and empower women within the broader context of sustainable development.

It is really encouraging to see strong collaboration amongst governments, multilateral institutions, civil society and the private sector in support of gender equality and women’s empowerment. 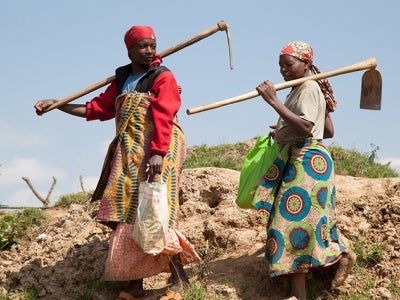 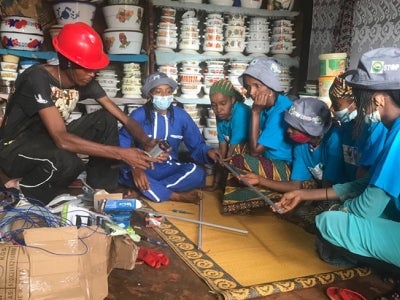