How the Minamata Convention can help "build back better" on ASGM As the Minamata Convention on Mercury reaches the third anniversary of its entry into force, I am so inspired by the work of those who are seeking to improve conditions for the world’s artisanal and small-scale gold mining (ASGM) communities by advancing solutions to the rampant use of toxic mercury in ASGM. This includes our partners in the planetGOLD program, funded by the Global Environment Facility, and the many organizations that paid attention to those path-breaking experts who brought this problem to the world’s attention years ago. It also embraces dedicated public servants all over the world who are working hard to make the sector both safe and viable in their countries.

On August 16, 2017, the Minamata Convention on Mercury entered into force. As the first new multilateral environmental agreement in over a decade, it made history, and honored the victims of the Minamata disease. And it was historic for another reason - it was the first multilateral environmental agreement to explicitly address an informal sector of the economy.

ASGM is the largest user and emitter of mercury into the environment globally, accounting for more than a third of total annual anthropogenic mercury emissions to air. In crafting the Convention, negotiators recognized the vast income-generating aspect of the sector for over 15 million miners and their families. They did not want to prescribe rules that would not be followed or that would drive informal mining practices further from the reach of technical assistance solutions. So they created a flexible approach that requires countries impacted by ASGM to shape their answers to reduce and where feasible eliminate mercury use in mining, starting at the community level, and to bring these communities into formalized frameworks that allow the delivery of technical assistance and foster the growth of site-specific solutions. These approaches are to be outlined in ASGM National Action Plans (NAPs). 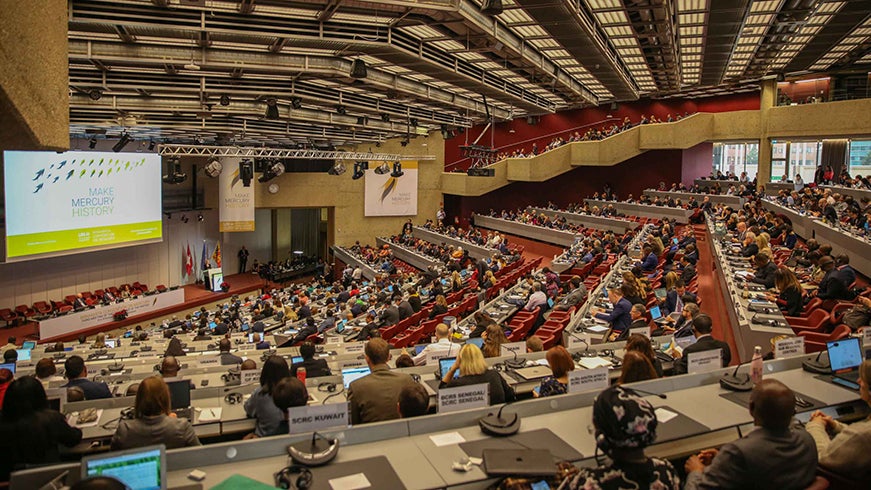 A number of partners, including international organizations and local NGOs, are working with countries to develop and implement their NAPs, with funding from the GEF. Six countries have already completed their NAPs. I congratulate Madagascar, Senegal, Burundi, Mali, Mongolia, and Burkina Faso for taking this important step, and the many more countries who are in the process of developing their NAPs. The Minamata Convention is still very young, but it is already making a difference all over the world.

The NAPs are an important part of global efforts to advance the transition from the informal to the formal economy and to sustainable development, and a critical element in the improvement of global supply chains. The International Labour Organization estimates that 90% of total employment in low-income countries is in informal sectors. The ILO’s words ring true now more than ever: “the high incidence of the informal economy in all its aspects is a major challenge for the rights of workers…and for social protection, decent working conditions…”

The Minamata Convention and our partners recognize that vulnerable populations, including women, are impacted by mercury use in ASGM as well as inequitable returns on their work within the sector, but they can also benefit from ASGM. The pandemic has added another level of vulnerability due to added health risks and disruptions in global supply chains. When counting secondary economic activity, ASGM provides livelihoods for at least 100 million people, making the sector critically important for women’s livelihoods. That is why planetGOLD’s work on gender — including its video series on Women with a Golden Will — is so important, and so compelling. And that is why NAPs must systematically address women and other vulnerable populations to prevent their exclusion from formalization processes. PlanetGOLD’s practical tools on COVID-19 are also timely and useful.

So when the world builds back better, let’s make sure an improved ASGM sector is a driver. Generating at least 25 billion dollars a year in revenue, the sector has the potential to create jobs, feed families, and deliver positive and equitable change. But only if the right conditions are put in place. Public servants all over the world need to be empowered to work with miners and community based organizations on formalization, innovative approaches, attention to vulnerable populations, ecosystem protection, and transparency in global gold supply chains.

These last few months have helped us to focus on what matters most to us. Let’s keep working together towards better health, sustainable livelihoods, and communities able to live in harmony with the environment - worth their weight in gold.

This piece was originally published on planetGOLD. 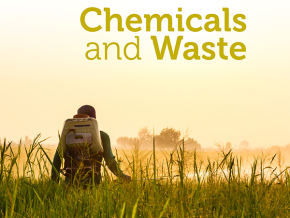 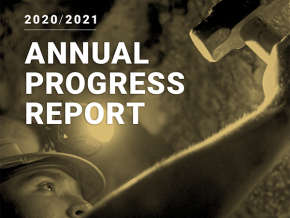