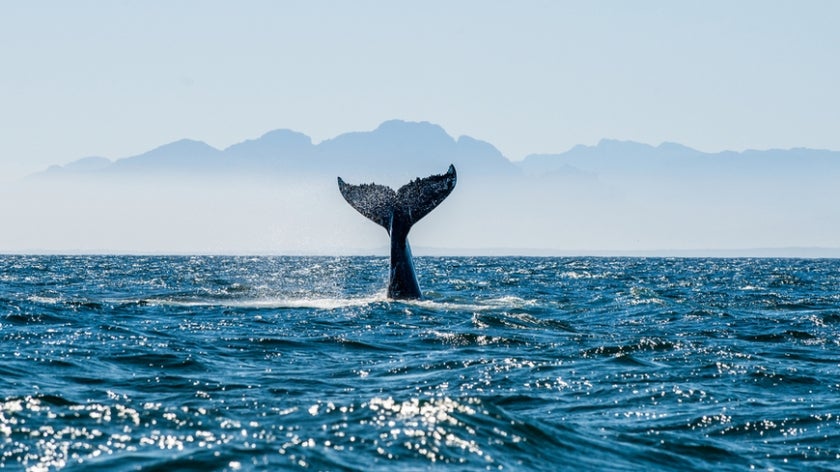 Innovative ways must be developed to counter “a startling lack of investment in the oceans” and to build a blue economy, an expert seminar has concluded.

The session – sponsored by the Global Environment Facility as part of the World Conservation Congress of the International Union for Conservation of Nature in Marseilles – heard from top financiers, business leaders, civil society representatives, and senior figures in national and international governance.

Mette Moglestue, Senior Adviser at the Norwegian Ministry of Foreign Affairs and a GEF Council Member, said that “the true value of healthy oceans is not taken into account” adding that “many studies do not adequately capture the oceans' full spectrum of values arising from multiple ecosystem services and they are generally not reflected in market prices.”

“These services include benefits such as natural asset protection, carbon sequestration, climate mitigation, and pollution buffering,” she said.

Moglestue - whose country is committed to sustainable management of its entire Exclusive Economic Zone -  said that blended finance and public private partnerships could stimulate flows of investment and attract private partnership by reducing risks to capital, adding that, on average, one dollar of GEF financing leveraged seven dollars of co-financing.

“Effective and stable regulatory and policy environments to attract investment and funding are fundamental for a sustainable ocean economy, but unfortunately are not in place everywhere” she went on. The GEF had an important part to play in creating such environments and de-risking public and private investment.

Carlos Manuel Rodriguez, the GEF's CEO and Chairperson, agreed that “marine governance is the biggest missing link in how we manage our resources.” Humanity, he added, still behaved as a hunter-gatherer at sea.

Holistic spatial planning was important in managing the oceans in a way that responded to the best science and techniques. And it was essential to deal with wrong policies, incentives, and subsidies, especially for irrational, unsustainable fishing.

Karen Sack, President and CEO of Ocean Unite, spelled out the financial gap in ocean conservation. Philanthropic funding stood at $1 billion in 2019 and another $1 billion came from official development assistance (ODA). But this represented less than ten percent of total charitable giving for the environment and less than one percent of ODA.

“So” she said, “there is a startling lack of investment into the ocean. To channel the amount of financing needed, philanthropic and public sector funding, while critical, are not sufficient. It is essential for the private sector to now climb on board.”

Coastal floods and storm surges were already costing the world $10-40 billion a year. By 2050, an estimated 800 million people will be at risk from storm surges, and 570 low lying coastal cities will face sea level rise of at least half a meter.

“So investors need to find ways to protect existing assets from becoming either uninsurable or worthless,” Sack said.

Sack called for: generating a sea change in the understanding of intrinsic, as well as the economic, value of the ocean, marine habitats and wildlife, so that their risks are built into asset portfolios; building a marketplace for nature-positive investments in the ocean at the same time as meeting net zero commitments; and activating and utilizing a broader range of instruments to catalyze and blend private capital with public concessional finance.

It was also important, she added, to shift attitudes towards investment in nature-positive solutions and establish how such assets were accounted for within financial regulatory and disclosure regimes - and to amass “brain power and resources to collectively back blue.”

Most important of all there was a need to work with coastal communities to increase their resilience and adaptation through locally-led investible projects and products.

“Backing blue,” she concluded, “is a sound business proposition and the private sector has a critical role to play.”

Claudio de Sanctis, head of Deutsche Bank's International Private Bank, took up the challenge, speaking of how it was possible to have a “positive impact on a global sale from playing a a part in the shift to ESG investing and finance.”

On present trends, he said, about a third of all assets under management, of $53 trillion, would be invested using such environmental, social and governance criteria by 2025. Deutsche Bank had committed to contributing 200 billion euros to that figure within the next two years alone.

A keen diver, he said he was convinced that “we have the capability to build a sustainable blue economy.”

Peter Kennedy, Chief Investment Officer of the Meloy Fund, spoke of how it was aiming to benefit 100,000 fisherpeople and improve 1.2 million hectares of seascape in Indonesia and the Philippines while achieving financial returns.

Klaus Oberbauer, Programme Manager of Second Muse's Ocean Plastic Prevention Accelerator, described how it had worked with 100 organizations to support 34 ventures which had together prevented 2,752 tons of plastic reaching the oceans in 2020.

Summing up, Torsten Thiele, Founder of the Global Ocean Trust, said that the meeting had showed that there were many exciting initiatives taking place at a local level, but the approach needed quickly to be transformed from implementing projects to making blue natural capital an investible asset class.

He concluded: “This is about public-private partnership. This is about all of us engaging with nature and using finance as a legitimate tool to drive ambition and deliver progress at the speed that is required.” 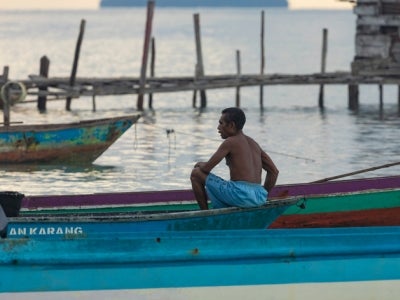 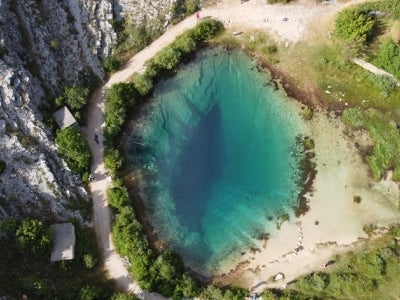