Mauritius, once home to the dodo, rushes to save threatened seabirds 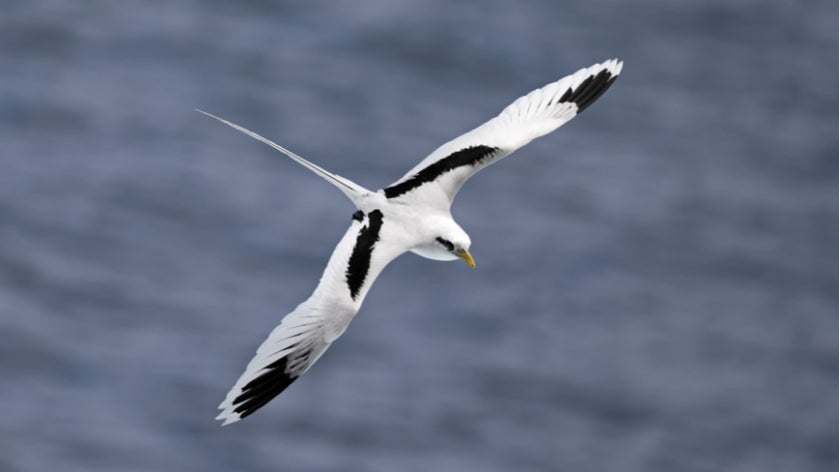 There is just one thing missing from all these islands with avian appellations.

“The fact that these islands were all named after seabirds demonstrates how important – or how common –they were at one time,” says Vikash Tatayah of the Mauritian Wildlife Foundation, a conservation group. “Now some islands are completely devoid of nesting seabirds, while others don’t have any population of note because of past construction, poaching, or predators.”

A new project by the Mauritian Wildlife Foundation, supported by the United Nations Environment Programme (UNEP), aims to change that dynamic on Ile aux Aigrettes. The foundation has been undertaking ecological restoration on the island for several decades after much of its native flora and fauna were decimated by logging and the introduction of exotic plants and animals.

After restoring native plants, vegetation and habitats for land birds, the Mauritian Wildlife Foundation is now turning its focus to seabirds, hoping to lure populations back to the island.

“Seabirds… help fertilize the land by bringing important marine nutrients. Their presence helps plants and insect populations to grow, thereby helping the whole food chain,” explains Tatayah. “A high density of seabirds on islands are also important to coral reefs, which they fertilize, and they contribute to the health of fisheries. Birds are also a major tourist attraction.”.

The project is funded by the Global Environment Facility through the Implementation of the Strategic Action Programme for the Protection of the Western Indian Ocean from Land-Based Sources and Activities, executed by the Nairobi Convention. This initiative helps reduce land-based stresses by protecting critical habitats, improving water quality, and managing river flows.

The Nairobi Convention, part of UNEP’s Regional Seas Programme, serves as a platform for governments, civil society, and the private sector to work together for the sustainable management and use of the Western Indian Ocean’s marine and coastal environment.

It’s part of a bigger effort by UNEP to safeguard the world’s marine habitats and prevent what scientists warn is the looming extinction of up to 1 million species.

That’s especially relevant to Mauritius, where development, invasive species, pollution, climate change, and other pressures are contributing to a steep decline in the country’s treasured biodiversity. Almost 90 percent of Mauritius’ endemic plants are categorized as threatened, while 61 of the country’s indigenous species – including the famous dodo bird – are now extinct.

To create a welcoming environment for seabirds like common noddies, lesser noddies, sooty terns, white-tailed tropicbirds, and red-tailed tropicbirds, the project is employing local labourers to clear 14 hectares of invasive species before replanting native plants and creating one hectare of open habitat suitable for these birds to thrive.

To attract the seabirds to the open area, the project team is placing life-size dummies of the seabirds. The decoys will trick real birds flying overhead into thinking that there are already bird populations on the island –  and that an area is, therefore, a safe place on which to land, mate, and lay eggs. The decoys will also be accompanied by call playbacks in which a bird sound is played to entice seabirds to come closer.  The combined effect of decoys and call playbacks has been proven to work in several other seabird restoration projects worldwide.

Visitors to the island, who numbered in the thousands before the COVID-19 pandemic and include researchers, students, government officials, and tourists, will be taught about the important role seabirds play in the marine and coastal ecosystem of the island, and the connections between the birds, conservation on land, healthy fisheries, and food security.

The COVID-19 pandemic has delayed parts of the project over the last year. Mauritians also had to contend with the MV Wakashio oil spill, which occurred near these seabird islands in August 2020, forcing Ile aux Aigrettes to be closed for many months for clean-up operations.

Though Tatayah noted that the spill did not appear to have affected the islands’ seabirds too much, he added that the true impacts of oil spills are often only felt years later. The oil spill highlighted how important the biodiversity on Ile aux Aigrettes is to Mauritians; the Ministry of Environment quickly placed sea booms around the island to deflect the oil and pushed for its clean-up.

With the hope that seabirds will soon be flying over Ile aux Aigrettes and breeding in large numbers in the future, the project is designed to help Mauritius achieve its targets under Sustainable Development Goal 14.2, Life Under Water. That committed the country to protecting and managing marine and coastal habitats, as well as future targets under the Global Biodiversity Framework, an ambitious plan to ensure that society is living in harmony with nature by 2050.

The project comes on the eve of the United Nations Decade on Ecosystem Restoration, a global push to revive natural spaces lost to development. "The work this project is doing, like replanting native vegetation and restoring animal habitats, is a perfect example of how countries can bring nature back, and create habitats that not only benefit wildlife but for human populations as well," said Jared Bosire, Nairobi Convention Programme Manager.

This piece was originally published by UNEP 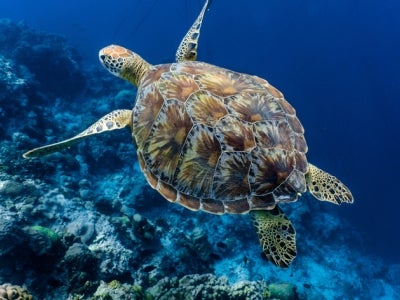