UNCCD: land degradation neutrality heralds a new dawn for GEF and the world 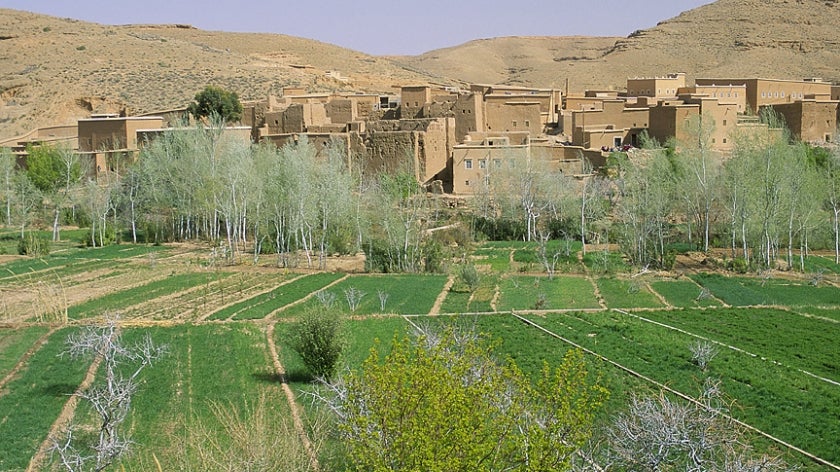 The Global Environment Facility (GEF) raised sustainable land management to a new level of land stewardship when it established a focal area on land degradation 15 years ago and later became the financing mechanism for land degradation initiatives under the United Nations Convention to Combat Desertification (UNCCD). But the adoption of the land degradation neutrality (LDN) target last year marks the dawn of a new era for the GEF family.

The target is a game-changer in the way land is managed. It is an accelerator for the achievement of other sustainable development goals. And it is an engine for building synergy among the global treaties served by the GEF.

But GEF’s role is critical.

The world’s drylands are still more vulnerable and threatened by desertification and drought than other terrestrial ecosystem. However, 78% of land degradation is occurring outside the drylands. More than 20% of all cultivated areas, 30% of natural forests, and 25% of grasslands are degrading. An estimated 24 billion tons of fertile soil are lost due to erosion in the world's croplands every year.

With the adoption of the land degradation target, countries made a commitment that is poised to change these trends.

In the first six months since its adoption, more than 90 countries have signed up to this commitment and are setting their voluntary targets for 2030.

The LDN target has become a game changer by virtue of moving land management into the realm of measurability and enabling the international community to monitor the status of land degradation worldwide.
But the target can also accelerate the achievement of other sustainable development goals.

The goal of the 2030 agenda for sustainable development is to “leave no one behind”. More than a billion poor and hungry people live off severely degraded lands and were left behind, despite the progress made under the Millennium Development Goals. Today, more than 2 billion people depend on just 500 million small scale farms for their livelihoods – jobs, food, housing, education and more. The adoption of the target will help to preserve these farms and restore them where degraded. In turn, this will speed up the ability of land-dependent populations to reach other SDG targets – food, water and energy supplies, the education of women and girls, poverty eradication and adaptation to climate change.

GEF’s experience in leveraging power and catalytic funding if applied to the LDN target can advance and accelerate this movement.

Lastly, the indicators for measuring land degradation neutrality make the LDN target a powerful engine for firing synergy at the national level among the conventions mandated under the GEF.

GEF is in the unique position of promoting the use of these indicators for reporting and assessing progress as well as driving investments and generating quick global and local benefits. Using the joint indicators could reduce the burden and duplication in reporting that has impeded implementation.

We have made remarkable progress towards the sustainable use and management of a resource on which much of life depends. We have activated the policy mechanisms that hindered progress. The need to act is urgent.

Land degradation and ecosystem loss are progressing at unprecedented rates, with arable land loss at 30 to 35 times of the historical rates. Not surprisingly, population growth, internal displacement, forced migration, conflict and extremism are rising in tandem, especially in the areas affected by land degradation.

The rise to a new dawn now hangs on the GEF’s ability to invest enough resources to turn the international community from net degraders to net restorers of productive land. For the next replenishment, GEF can position itself so as to advance the achievement of SDGs, especially LDN, for which it is a major funding mechanism.

An investment in land rehabilitation is a smart investment. The impact on lives and ecosystems is evident and the benefits multiple and tangible.

We wish GEF a happy 25th Anniversary and look forward to a future of smart investments and of the joint pursuit of land degradation neutrality. 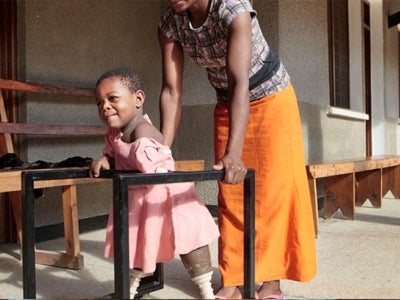 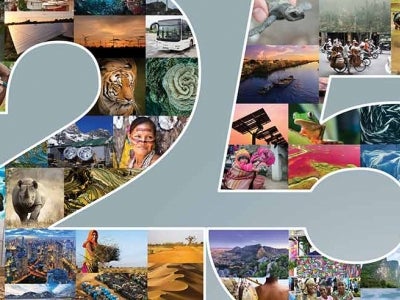 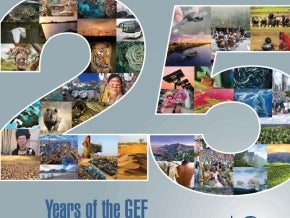