Wildlife populations are in widespread decline around the world. The decline has been so dramatic that it is estimated that the biomass of humans is now an order of magnitude higher than that of all wild mammals combined. Habitat destruction and poaching to supply the international illegal wildlife trade (IWT) are two key drivers of this grave problem. The value of illegal trade has been estimated at between $7 and $23 billion per year, making wildlife crime one of the most lucrative illegal businesses, often run by sophisticated, international, and well-organized criminal networks seeking to exploit the high rewards and low risks of the trade. At the local level, poaching is also the result of poverty, corruption, inadequate enforcement, and political instability.

The conservation of elephants and rhinos has received considerable global attention, but other mammals are under severe pressure as well, including cats (e.g. lions, tigers, and snow leopards), non-human primates (e.g. great apes, monkeys), and pangolins—endangered, scaly-skinned mammals highly sought after for meat and scales that may be the world’s most heavily trafficked mammal. Many species of reptiles, birds, amphibians, fish, invertebrates are also significantly impacted by poaching and illegal trade and require urgent attention. The demand for wildlife products may be fueled by the perceived medicinal value of some products or the social status that is associated with them. Other drivers of demand include opportunistic buying driven by the desire to possess exotic pets and rare plants and animals.

The accelerating decline in wildlife populations will have long-term negative impacts on local communities as it robs communities of their natural capital and livelihoods—$70 billion per year is lost due to crimes affecting natural resources—deepens poverty and inequality, and threatens national security by causing instability and fueling conflicts. In many developing countries, wildlife is a driver for tourism revenues, job creation, and sustainable development. Wildlife also brings significant ecological and cultural benefits to regions around the world. 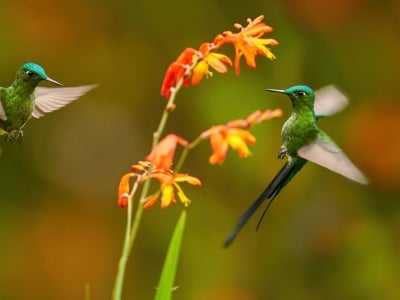 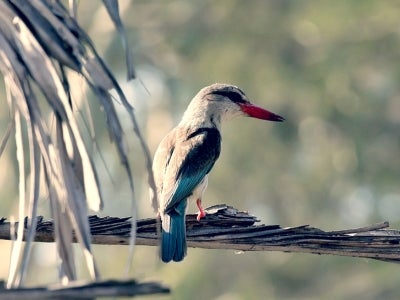 Sustaining Biodiversity in Landscapes and Seascapes

The GEF takes a holistic approach to tackling the poaching crisis by seeking to reduce both supply and demand which is driving the illegal wildlife trade, as well as developing targeted efforts to curb the actual trafficking. The GEF-funded Global Wildlife Program (GWP) is a global partnership on wildlife conservation and crime prevention for sustainable development. The GEF launched Phase I of the program in 2015 to combat poaching, trafficking, and demand for wildlife and wildlife products illegally traded across Asia and Africa.

Combatting the illegal wildlife trade requires the reinforcement of the rule of law along the value chain by apprehending, prosecuting, and convicting those engaged in poaching and trafficking. Logistics companies (shipping, airline, and land-based transport) that facilitate the import, transit, and export of goods, must take measures to prevent and penalize the abuse of their services for illicit wildlife trafficking.

On the demand side, governments and the private sector can help create awareness, reject the corporate “gifting” of illegal wildlife products, improve understanding of what drives consumer behavior, and support campaigns to change that behavior. While some progress is being made in reducing poaching, trafficking, and demand for wildlife and wildlife products—such as China’s decision to end its domestic ivory trade and processing—demand is still widespread because the cultures in many countries rely in some way upon wildlife resources for traditional medicines, clothing, food, and more recently, as a sign of prestige.

The GWP supports on-the-ground actions with a platform for knowledge exchange and coordination and is a comprehensive effort to protect threatened species and their habitats, with a suite of investments to address the problems and to look for short and long-term solutions in the source, transit, and demand countries.

Demand countries: targeted awareness-raising among consumers across the world, increasing legal deterrents for purchase, and changing behavior of the general public.

Phase II of the program was launched in 2019, aimed at continuing to fight IWT in source, transit, and demand countries, and using wildlife as the cornerstone for sustainable development. Phase II will operate in 13 countries; six in Africa (Angola, Chad, Democratic Republic of Congo, Madagascar, Namibia, and South Africa), four in Asia (Bhutan, Cambodia, India, and Indonesia) and three in Latin America and the Caribbean (Belize, Ecuador, and Panama). The program will also include a global coordination and knowledge management project that will focus on preventing the extinction of known threatened species, and wildlife for sustainable development. The GEF is investing $82 million and leveraging $483 million in co-financing from a wide range of partners, including the governments of participating countries, GEF agencies, bilateral and multilateral donors, foundations, the private sector, and civil society.

Phase II of the GWP will invest financial and technical resources on three fronts: conservation of habitats and wildlife; promotion of a wildlife-based economy; and combating wildlife trafficking.

Conservation of habitats and wildlife: enhancing the management and resilience of protected areas and any other geographically defined area for in situ conservation of biodiversity; strengthening political will, policy and governance; and diversifying and increasing the financial resources for wildlife and habitat conservation.