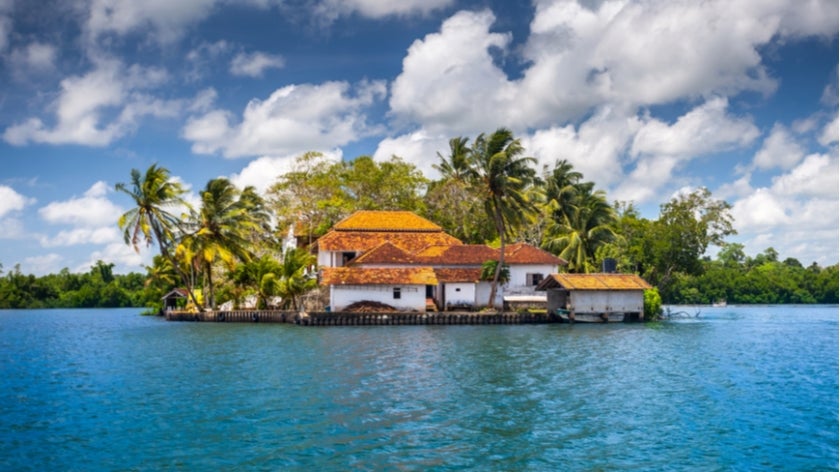 The first Finance for Adaptation Solutions & Technologies Roundtable (FASTR) took place on July 4, 2019 during London Climate Week in London. Co-convened by the Lightsmith Group, the Global Adaptation and Resilience Investment working group (GARI), Willis Towers Watson, the Global Commission on Adaptation (GCA), the Global Environment Facility (GEF), and the Institutional Investors Group on Climate Change (IIGCC), the event was designed as a forum to elevate the discussion on and announce initial commitments to adaptation and resilience finance, building momentum for financial sector action in the lead up to the UN Climate Action Summit in September 2019.

In the event’s opening remarks, Craig Baker, Global CIO of Willis Towers Watson, and Jay Koh, Managing Director of The Lightsmith Group, underscored the urgency of closing the “Adaptation Gap”, highlighting how between 2003 and 2013, natural disasters exacerbated by climate change caused $1.5 trillion in economic damages worldwide, of which $550 billion was in developing countries. Koh also noted how adaptation in developing countries could require as much as an estimated $300 billion per year by 2030, yet less than 6% of climate finance flows annually go towards adaptation, with only a fraction of that from private investment.

GCA Commissioners Emma Howard Boyd, Chair of the UK Environment Agency, Peter Jensen, CEO of PKA, and Naoko Ishii, CEO of the Global Environment Facility, and Andrew Steer, CEO of World Resources Institute, described the soon-to-be released report from the Global Commission on Adaptation and the Action Tracks to drive climate action on adaptation following the UN Secretary General’s Climate Action Summit in September 2019. Jensen highlighted the Commission’s role in bringing together representatives from the business and investor communities, alongside government and non-governmental organizations (NGOs), changing the nature of discussions around resilience and facilitating concrete tractable actions. Ishii underscored the important role for the private sector in adaptation action and resilience planning.  She said, “Business is starting to show an interest in adaptation as they see how their bottom line is threatened and also as they see opportunities.” Stressing the importance of science and local knowledge in response to different adaptation scenarios and uncertainty, she urged all stakeholders – businesses, academia, local governments, communities and civil society organizations (CSOs) – “to come together” in multi-stakeholder platforms around “one plan” so as to have “consistency of actions among key actors from the outset of planning to action.”

During the event, several speakers announced concrete funding commitments or actions that their organizations were making towards climate adaptation initiatives:

Naoko Ishii, CEO of the Global Environment Facility, and Amin-Lee Amin, Chief of the Climate Change and Sustainability Division at the Inter-American Development Bank, announced their support for and partnership with the Adaptation SME Accelerator Project (ASAP), an initiative that aims to build an ecosystem of SMEs that are engaged in adaptation and climate resilience in developing countries through market mapping, incubator/accelerator support, and network building. Ms. Ishii noted that ASAP will “expand the market of small and medium-sized enterprises working on technology solutions for some of the most vulnerable to the impacts of climate change.” ASAP is expected to be launched in Q3 2019, and the implementing agency for the GEF project will be Conservation International.

Dr. Barbara Buchner, Executive Director, Climate Finance at Climate Policy Initiative (CPI), announced CPI’s recent establishment of a multi-year platform that brings together stakeholders to take analysis of global climate finance to the next level. Managed by CPI, with the support of the German Federal Environment Ministry’s (BMU) International Climate Initiative (IKI), the Climate-aligned Finance Tracking Group is a network of experts that aims to achieve greater impact and scale in climate finance by improving and aligning tracking efforts. The group will provide collaboration among major players in climate finance tracking, looking at specific market segments and themes including banking, capital markets, data, and domestic tracking. Each group will identify specific areas of further research that would support members to further scale climate finance among their peers. It will be governed by a Steering Committee, who will provide strategic direction for CPI’s research and climate finance tracking work, including efforts to improve the tracking of adaptation finance.

Anup Jindal, CEO and Joint Managing Director at RMSI, an India-based technology company, showcased a number of the company’s product offerings which are directly applicable to building climate resilience. For example, Jindal announced that RMSI will be extending the geographic coverage of its PIER™ solution that provides risk indices for key natural hazards to cover communities outside of India. In addition, he pointed to RMSI’s PInCER™ crop risk analytics tool that can identify thousands of distressed farmers individually, to support sharper policy and benefit delivery.

Murray Birt, Senior ESG Strategist at DWS Group, articulated DWS’ commitment to work with investors, governments, development banks and other stakeholders to help strengthen the microfinance sector’s capacity to provide micro credit or insurance to the over one billion people who currently lack financial services access and contribute to improved climate resilience in vulnerable communities, particularly amongst women.

Faith Ward, Chief Responsible Investment Officer at Brunel Pension Partnership Limited (Brunel), described Brunel’s efforts in building capacity to better integrate physical and adaptation risk in how it selects and monitors its managers and holdings, as well as how the institution is collecting data on its property portfolio to allow it to analyze its physical resilience exposure to water and heat stress, flooding, etc.

Discussions at FASTR demonstrated the importance of understanding the challenge of climate change resilience as not only a risk but also an opportunity. As Joey Lake, of the Economist’s Intelligence Unit put it, “it’s not any longer about whether we should [consider and integrate climate risks into decision-making], but how?” The private sector adaptation solutions exist today, can be scaled up through investment, and they present real opportunities for private investors to take action and make commitments towards building a more resilient future. “The bottom line is this:”, said Koh, “investors realize that climate resilience investment is an opportunity now”.