Why it is smart to invest in the planet

Executive Director and CEO of the UN Global Compact 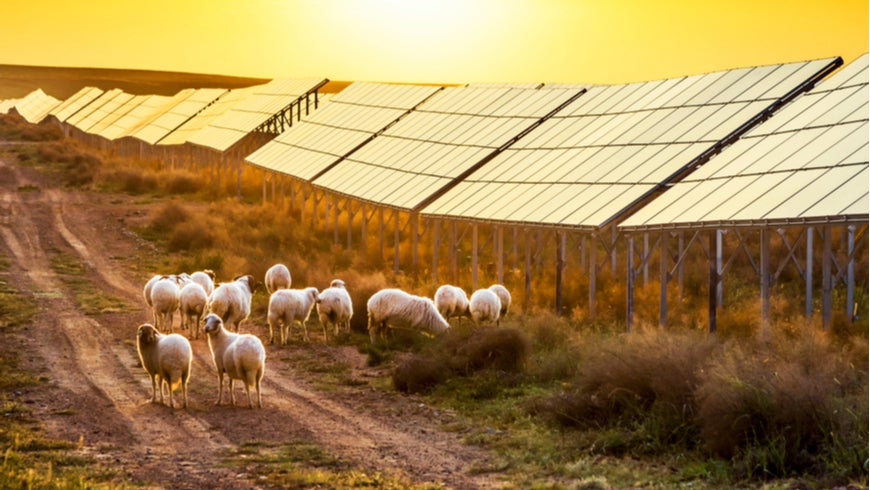 Early last month, NextEra Energy, a renewable energy company based in Florida, became more valuable than Exxon Mobil. Only 12 years ago the oil giant was the largest public company on earth.

This dramatic reversal of fortunes made headlines and for good reason: it dramatically demonstrated that investors valued clean energy above fossil fuels. Stock markets are signaling that climate action – in this case, zero-emissions electricity – is the future, and that the heyday of oil economies lies in the past.

For climate activists, such market signals are a real breakthrough, as well as a validation. For years, organizations such as the UN Global Compact have been urging businesses to adopt more sustainable business practices and strategies that safeguard the global commons.

We had science on our side: we could point to rising greenhouse gas emissions, overconsumption, the destruction of natural habitats, the loss of biodiversity. We could even point to clear wins – greater efficiency, reduced climate risks – for businesses investing in sustainability. But we could not show conclusively that markets reward sustainable companies more than carbon-intensive ones. Now we can.

Investors appear to be doubling down on sustainable companies and sectors in response to our overlapping health, economic, and environmental crises. According  to the ratings company Morningstar, investors poured $20.9 billion (£15.85bn) into sustainability-focused US funds in the first half of 2020. That is roughly the same as the whole of 2019 and about four times as much as in 2018.

Furthermore, our research shows that businesses with higher environmental, social, and governance (ESG) standards are more profitable, with 6.3 percent higher cumulative relative returns during the first four months of this year compared to the lowest-rated companies. Evidence also shows that businesses with long-term sustainable strategies are better at addressing short-term challenges.

This matters because challenges don’t get much bigger than those we are facing right now. Around the world, entire economic sectors, such as tourism, have been devastated by the pandemic. Countless businesses large and small are struggling. Hundreds of millions of people have lost their jobs.

Companies understand that their survival depends on how they respond to the cataclysm unleashed by COVID-19 and climate change. Focusing on the nearest or most pressing emergency, such as the collapse in demand for their services or a broken supply chain – or reaching for solutions that have worked in the past – would be mistaken. They will remain vulnerable to future systemic shocks like pandemics and the worsening effects of global warming if they carry on as before. As UN Secretary-General António Guterres has said, to achieve lasting prosperity we need to build a future that protects people and the planet.

There are enormous opportunities for the private sector in the transition to a sustainable, climate-safe future. These exist not only in new sectors such as renewable energy and electric vehicles, but also in bringing sustainable practices and innovations to traditional ones like agriculture and manufacturing.

A report from the Global Commission on the Economy and Climate estimates that bold climate action could generate 65 million new jobs and at least $26 trillion in net global economic benefits worldwide by 2030. The Business & Sustainable Development Commission, meanwhile, estimates that meeting the UN’s 17 Sustainable Development Goals would generate a further $12 trillion in business savings and new revenues, along with an additional 380 million new jobs in the same timeframe.

Already, more than 1,000 companies representing 20 percent of the total value of global stock markets are committed to taking science-based climate action. More than 300 of them have approved science-based targets through the Business Ambition for 1.5C campaign that align their efforts to reduce greenhouse gas emissions with the goal of stopping global temperatures from rising by more than 1.5°C above pre-industrial levels. Science tells us this is the tipping point for irreversible climate change and that to avoid this precipice, we need to reduce global emissions by half in the next decade.

Joining the Science Based Targets initiative is not only good for the planet, it is good for the bottom line. In a survey by the organization, 63 percent of companies that have adopted science-based emission reduction targets says it has helped drive innovation; 55 percent say it has made them more competitive; 52 percent report it boosts investor confidence; and 35 percent say it has made them more resilient to regulatory risk.

Companies such as AstraZeneca in the pharmaceuticals sector have brought forward their plans for complete decarbonization by more than a decade to 2030,  and are developing more environmentally friendly products. Unilever, another science-based target pioneer, is focusing its efforts on sourcing products sustainably, particularly those that come from farms and forests.

“We cannot save the climate without saving biodiversity,” says Unilever. “The next two years are the critical window of opportunity for the world – and especially for businesses like ours – to speed up the development and adoption of solutions, and make the right collective choices about how we feed ourselves, protect nature and avoid global ecological chaos."

A crisis can often become a catalyst for change. A global emergency as bad as this one demands a fundamental rethink. Businesses taking urgent climate action are showing the way forward. Sustainable, more resilient businesses contribute to healthier communities, and as stock markets are now telling us, create wealthier shareholders too.

Why nature is our best ally for a post-COVID recovery