Achieving the SDGs will require a transformative approach 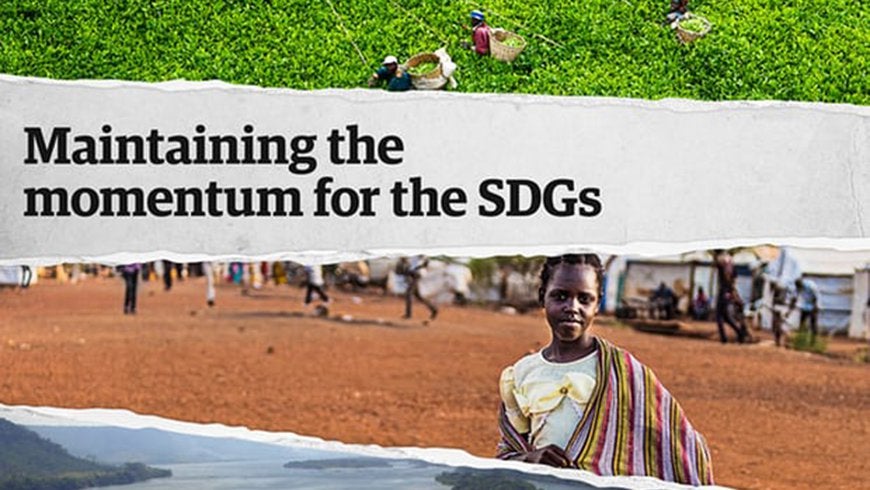 Organized by the Guardian Global Development Professionals Network, in partnership with the Global Environment Facility (GEF) and Pearson, the "Maintaining the momentum for the SDGs" event highlighted that speed is essential in trying to save the Earth's vital global commons.

Delivering the Sustainable Development Goals (SDGs) and safeguarding the global commons was on the agenda of The Guardian’s annual leadership event in New York alongside the UN General Assembly this week.

Entitled “Maintaining the momentum for the SDGs: how can we transform societies for good?”, the event brought together leaders and experts from environmental, development and learning organizations, the UN, leading companies and the media.

Organized by the Guardian Global Development Professionals Network, in partnership with the Global Environment Facility (GEF) and Pearson, the event highlighted that speed is essential in trying to save the Earth's vital global commons.

“The faster the action, the more effective it is going to be,” said Chizuru Aoki, Lead Environmental Specialist at the GEF. She warned that “we need to move very quickly” as the world is approaching “tipping points – points of no return” and that some of the ecological changes already taking place were “very scary”.  Referencing the Global Land Outlook launched last week, she said “one third of the Earth's land is now severely degraded and 24 billion tonnes of fertile soil are lost each year.”

In a keynote address, Professor Jeffrey Sachs, Director of the UN Sustainable Development Solutions Network, while not minimizing the seriousness of the crisis facing the planet, said that – encouragingly – almost all the world's countries are now in favor of sustainable development and the SDGs. He added that “the SDGs make sense, and they are taking hold”.

John Mulholland, interim editor, Guardian US – and editor of its sister paper, The Observer – said that he could not overemphasize “how central these issues are to The Guardian's journalism.”

Lilianne Plouman, Minister for Foreign Trade and Development Cooperation of the Netherlands, also attended the event. Other panelists included Abby Maxman, President of Oxfam America, Alex Thier, Executive Director of the Overseas Development Institute, and Einar Bjorgo, Manager of UNOSTAT.

According to The Guardian, achieving the SDGs will require nothing less than a transformative approach.

As part of The Guardian's Development 2030 campaign, the GEF is sponsoring the GEF Partner Zone where leaders in the sustainable development community highlight the state of the global commons and how to address it to put the SDGs into practice.

The event, held on September 19, 2017, builds on the 2016 event that looked at how successfully the global community is following up on the adoption of the global goals.