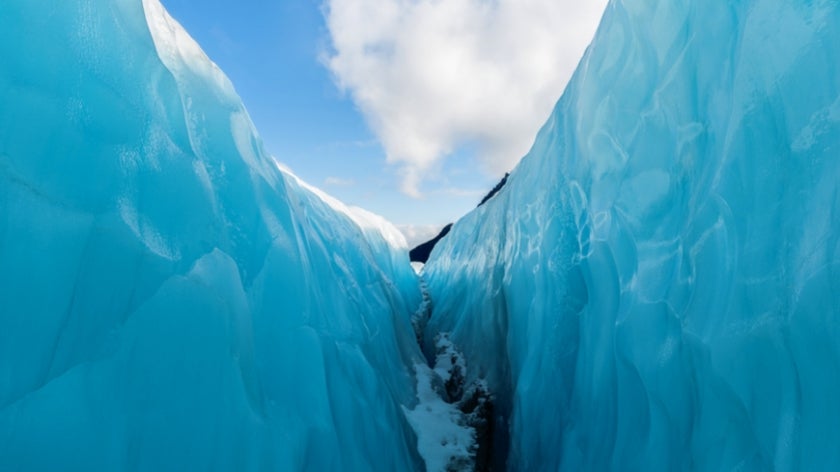 Some time ago I had the good fortune of falling into a collapsing crevasse on the Antarctic ice cap while on an expedition from the Ross ice shelf to the south pole. Good fortune? Yes, because – apart from the fact that I survived – I had the experience of seeing first-hand the thickness of the ice covering the frozen continent.

I wouldn’t suggest that all business leaders should get such a head-down, bottom-up perspective of Antarctica. But there is something to be said for arguing that they do achieve some personal knowledge of the state of the world’s ice, and of the global commons in general. For companies will only be saved from destruction if they transform the way they operate. And business will only thrive if it creates the solutions for global problems for which it is primarily the cause.

As I hung in the crevasse, the massive chasm below me appeared endless, and no wonder: the average thickness of the ice sheet across the entire continent is over 3km. But it is melting – simply due to anthropogenic climate change. And, whether we know it not, we depend upon it.

The Antarctic continent is larger than the US, Europe or Australia, and its ice sheet contains 30m cubic kilometres of ice, around 90% of the world’s freshwater. If all that melts, average sea levels will rise by around 70 metres; the Greenland ice sheet would add another seven metres. Of course, full melting of these ice sheets may take hundreds of years. But the latest research indicates that on current trends we should now expect it to be the main cause – supplemented by melting mountain glaciers and the expansion of warming ocean water – of a rise in sea levels of up to two metres over the next 75 years.

The Antarctic ice shelves, anywhere between 1-100 metres in thickness, that surround much of the continent are already melting rapidly. Since these ice shelves float on the sea surface, they do not directly increase sea levels. But the shelves do play a significant role in the speed at which the ice sheets melt, as they act as giant plugs that slow down the flow of glaciers into the warming ocean. And given that the ocean absorbs 93% of the heat that is being created by the burning of fossil fuels and other anthropogenic causes, the warming ocean is having a significant impact on these ice shelves.

Sea ice is also disappearing fast. It is at a historic low in the Antarctic while, in the Arctic, January 2017 marked the lowest sea ice extent since we began using satellites to monitor it 38 years ago.

All this ice plays a hugely important role in regulating the global climate. Polar ice reflects 80% of the sunlight that strikes it back into space, moderating global temperatures and keeping the polar regions cool. As we continue to lose it to rising temperatures – thereby exposing the land and sea which conversely absorb solar heat – the pace of climate change is expected to significantly increase. Already the polar regions are experiencing much higher temperature rises than the global average. The Antarctic Peninsula, for example, has seen a rise of 2.5C since the 1950s.

Preserving polar ice is everyone’s – and every business’ – concern. Unfortunately, human consciousness does not easily focus on what is happening in remote regions that few have the good fortune to visit, and hence it is too easy for us to ignore the implications of its melting ice. But they are important to all of us.

A two metre sea level rise over the next 75 years will be devastating for all people living on or near the coast. The hundreds of millions of people – both in developing and developed nations – who will become climate refugees will affect everyone on earth. If we think we now have a refugee crisis, imagine what we will all face over this century as rising seas start to impact coastal communities across the globe.

Then there is the cost of protecting the built environment, and ultimately moving coastal cities and rebuilding roads, railway lines, and ports. These are resources that could otherwise be deployed to invest in education, public health and social welfare.

Melting polar ice will also impact regional and global weather patterns, ocean currents, and the sea-life that has become dependent on a stable climate. It is difficult to forecast an environment that civilised humanity has never experienced; but more unpredictability and instability should be expected in future global weather patterns. In the words of Julienne Stroeve, a sea ice researcher at University College London: “It’s not just that we’re talking about polar bears or seals. We all are ice-dependent species.”

The only way to address this impending crisis is to transform our global economy to a net-zero greenhouse gas system by 2050. This is the target we must achieve to keep global temperatures well below 2C, something all countries have agreed to do through the Paris Agreement. This requires us to eliminate coal, oil and gas from our energy system and to address other emitters such as our agriculture and food system.

Business cannot thrive in a failed world where millions of climate refugees seek safety from rising sea levels and unpredictable weather. Business cannot be respected or trusted unless it addresses and takes responsibility for the pollution it generates that is melting our polar ice.

Fortunately, some forward-thinking companies recognise not just the problems, but the business opportunities in addressing our climate challenge. In a report released January 2017, the Business and Sustainable Development Commission estimated that meeting the sustainable development goals, many of which address climate change, could generate more than $12tn (£9.6tn) in opportunities by 2030 — equal to around 10% of forecast global growth.

We need many corporate champions to save our ice – and thus our precious planet and humanity itself. This is the private sector’s moment in history to act, mobilise and bring solutions. 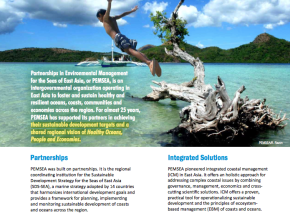 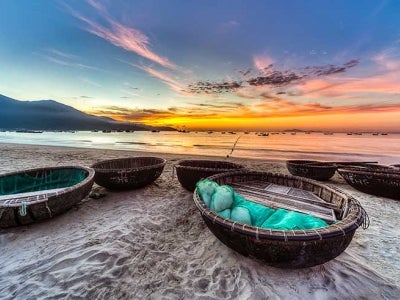 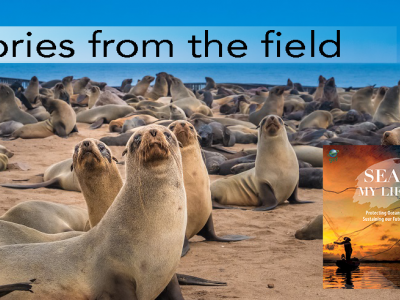 Going with the Flow: Ecosystem-based governance of the Benguela Current Large Marine Ecosystem