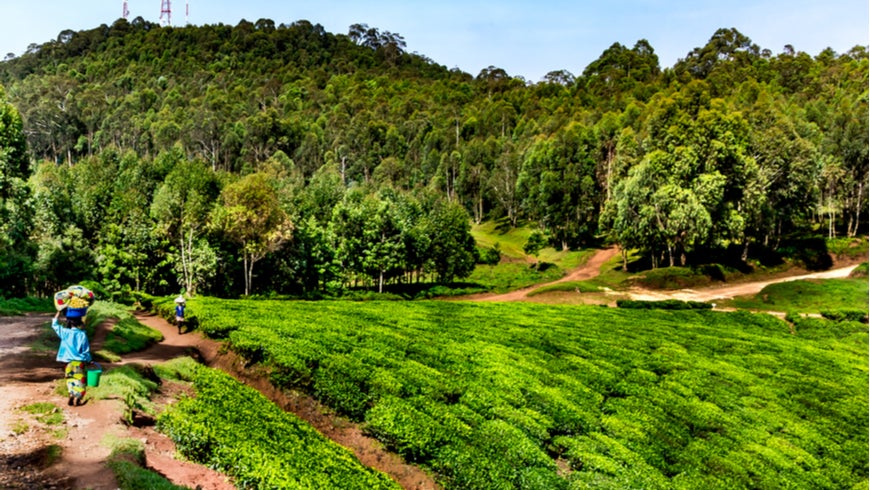 Key to the $865.9 million work program, which if approved will be the largest single batch of projects and program ever in the history of the GEF, are four “Impact Programs”. These set out to bring countries together in an integrated approach directed at tackling the drivers of environmental destruction, and not just its symptoms. Photo: Tetyana Dotsenko/Shutterstock.

Delegates are arriving in Washington DC for one of the most important Council meetings in the history of the Global Environment Facility (GEF). It is expected to mark a pioneering shift of emphasis for the organization that was established on the eve of the 1992 Rio Earth Summit to help tackle our planet’s most pressing environmental problems.

The GEF's 56th Council meeting, hosted at the World Bank’s headquarters from June 11 to 13, perhaps more than any of its predecessors, directly addresses the scientific consensus that the natural world, and the Earth's systems, are under serious attack. It is being asked to approve the largest program of work in the funder's history and one that addresses the need for comprehensive and transformational worldwide change more than ever before.

Key to the $865.9 million work program, which if approved will be the largest single batch of projects and program ever in the history of the GEF, are four “Impact Programs”. These set out to bring countries together in an integrated approach directed at tackling the drivers of environmental destruction, and not just its symptoms. They have been born of a realization, endorsed by the Council at previous meetings that, while more than quarter of a century of GEF individual projects have many successes, these have not been enough decisively to shift the needle in the right direction, let alone deliver the scale of change the deteriorating state of the world demands.

The Council meets against the background of a series of authoritative warnings about the plight of the global commons, the shared resources that ensure a habitable planet upon which we can all thrive: clean air and water, biodiversity, healthy land and oceans, and a stable climate.

Last year, the UN Intergovernmental Panel on Climate Change showed that rapid and far reaching changes in energy, land-use, cities and infrastructure are needed if global warming is to be kept to the necessary 1.5 degrees Celsius above pre-industrial times. And at the beginning of this year, the World Economic Forum's Global Risk Report showed that five of the ten top global risks identified by business leaders are related to the environment.

The Council's response stems from its adoption, in 2014, of the GEF 2020 strategy which embraced the need to focus on drivers and systems transformation. It runs through its new $4.1 billion four-year funding cycle, GEF-7, which started in July 2018 and has the Impact Programs at its heart.

These are deeply collaborative, bringing together countries to work on common environmental challenges collectively and cooperatively with direct effects on ecology, economics and societies at regional and global scales. They will robustly involve the private sector – key to the market transformation that will be needed - global expert organizations, and other ministries in national governments – such as those for agriculture, land use and rural development - beyond the environment ones that have normally carried out projects in the past.

The first of the Impact Programs, Food Systems, Land Use, and Restoration (FOLUR), aims at helping to transform food production and land use systems, which are major causes of global environmental degradation. Agriculture now accounts for about a quarter of global emissions of greenhouse gases, some 70 per cent of all freshwater withdrawn from rivers, lakes and aquifers, and is the primary source of the nutrients that run off fields, course down rivers, and end up creating “dead zones” and toxic blooms of algae in coastal waters. Meanwhile waste and loss accounts for nearly a quarter of all food produced, at approximately 1.3 billion tons a year.

Farmers will have to use land and water much more efficiently in an increasingly challenging environment - as climate change takes hold and natural resources are stretched dangerously thin – if food production is to be increased by at least 50 per cent to meet the demands of the up to 10 billion people expected by 2050.

FOLUR will initially focus on 18 countries in Asia, Africa, Latin America and the Pacific, encompassing major producers of palm oil, rice, cocoa, coffee, wheat, and cattle. It will help them increase production while resisting further expansion of farmland, erosion of genetic diversity, overexploitation of land and water, overuse of chemical fertilizers and pesticides, and the inefficient practices that lead to deforestation, land degradation, loss of biodiversity, and greenhouse gas emissions.

It will aim to scale up best practices in value and supply chains, influence markets to increase their share of sustainably produced crops and commodities and encourage the adoption of policies and practices that can be shown to be environmentally sustainable. It is expected to result in improving practices over 38.9 million hectares, restoring 1.8 million hectares of land, increase conservation in 1.2 million hectares of protected areas, and mitigating the mission of greenhouse gases equivalent of 209 million tons of carbon dioxide.

The second Impact Program, the Amazon Sustainable Landscapes, seeks to protect one of the most threatened environments on the planet. The Amazon contains both the world's largest rainforest - comprising 40 per cent of the global total – and its largest river system. It is home to over a quarter of the world's terrestrial species, accounts for about 15 per cent of all the terrestrial photosynthesis on Earth and is a major sink for carbon. Yet about 15 per cent of the rainforest - an area larger than France – has been lost since 1970 and deforestation is expected to continue.

Under the previous funding cycle, GEF-6, three nations – Brazil, Colombia and Peru – undertook activities to reinforce existing protection for half of the Amazon and improve the sustainable management of the rest. Under the new program this will be greatly expanded to include Bolivia, Ecuador, Guyana and Suriname – so that some 92 per cent of the Amazon basin is covered.

The program will set out to increase the area under effective conservation, reduce deforestation, promote sustainable use and restoration of native vegetation and management of freshwater ecosystems, and ensure the conservation of species, habitats, ecosystem services and cultural values. It aims to improve the management of close to 32 million hectares of protected areas and introduce better practices over another 16 million hectares of landscapes.

A third Impact Program, Congo Basin Sustainable Landscapes, addresses the world's second largest rainforest, one that is still in relatively good health with relatively little deforestation. But it is under threat, including from mining, industrial agriculture, oil exploration and logging.

The program aims to prepare the region to deal with these threats by empowering local communities and pioneering an alternative pathway to development. It sets out to improve the management of 20 protected areas covering more than 7 million hectares and create 600,000 hectares of new ones, while improving practices on another 4.3 million hectares of land.

The program – which will focus on southern and western Africa and central Asia – aims to avoid, reduce and reverse further deforestation, degradation, and desertification in the drylands, with a vision that they will be sustainably managed on a global scale. It sets out to bring 12 million hectares under sustainable management and restore 1.2 million hectares of degraded land.

In all, if approved, the work program, which also contains major projects on wildlife, toxic chemicals and electric mobility, is expected to benefit some 14 million people in 91 countries.

As part of the 56th Council meeting, the GEF will hold consultations with Civil Society Organizations on June 10. The event this year focuses on plastic pollution.

Other issues on the Council agenda this week include updates on various policies and operational matters, as well as reports from the GEF Independent Evaluation Office and the Scientific and Technical Advisory Panel (STAP).