Follow the sun: how Morocco pioneered investment in clean energy 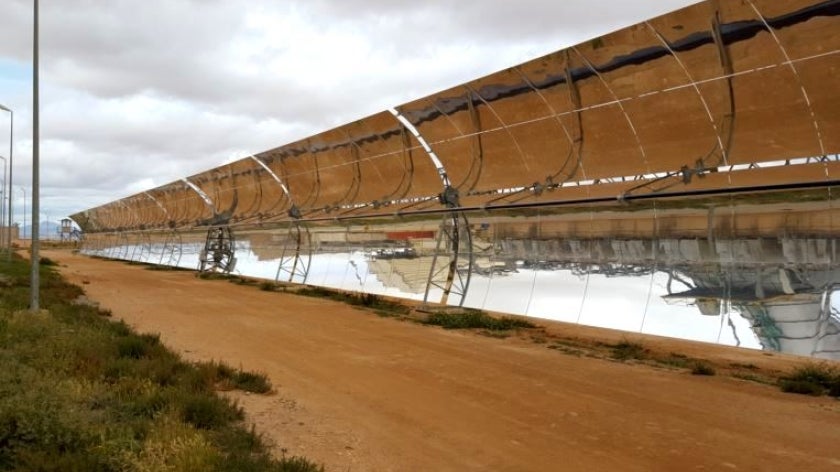 The GEF’s support of this project in Morocco helped the further adoption of solar technology across the globe.

In 1999, there were no iPhones, no social media, and landlines were used to connect to the internet. The euro was just born, the first Matrix movie hit theatres, and everyone was waiting for the end of the world that computers were supposed to cause at the change of the millennium.

What else was happening in 1999? The Global Environment Facility and its partners proposed a grant for an Integrated Solar Combined Cycle (ISCC) technology, also known as the Ain Beni Mathar ISCC power plant. With 20 MW CSP component and a total of 472 MW generation capacity, this world’s largest ISCC power plant at that time demonstrated a bold and innovative endeavor of the GEF in Africa.

“At the time, development and investment of thermal solar plants were very expensive and risky. Worldwide, there were only nine CSP plants with a total of 354 MW were in operation in California’s Mojave Desert. CSP technologies were considered only for developed countries. It required vision and the patience of GEF grant funding to facilitate building a facility of this type and magnitude in a more risky developing country context,” said Ming Yang, a Senior Climate Change Specialist at the GEF.  “GEF’s support of the project, regardless of the challenges involved, added credibility and really helped the further promotion and adoption of solar technology across the globe,” he continued.

Initial efforts were supported by a $43 million GEF grant in partnership with the World Bank, complemented by significant additional government, the African Development Bank, and private sector funding. Strong commitment of the government of Morocco and determination of the Bank’s project team ensured the success of the project design.

The project was primarily designed to demonstrate the operational viability of hybrid solar thermal power generation technology and contribute to its replication in Morocco and worldwide through the learning effect provided by its construction and operation.

The GEF had identified solar thermal power technology as one of its priorities because of the technology’s significant cost reduction potential. The GEF, in partnership with  the World Bank, further built a portfolio of four demonstration projects to facilitate the commercialization of solar thermal technology under GEF’s climate change mitigation objectives to promote the demonstration, deployment, and transfer of innovative low-carbon technologies, and to support developing countries to make transformational shifts towards a low emission, resilient development path. The GEF pipeline of CSP projects consisted of a project in India from 1996, the Morocco-Ain Beni Mathar, and Mexico-Agua Prieta from 1999 and the Egypt-Kureimat project from 2004. Following these pioneering investments, the CSP sector began to blossom around the world. 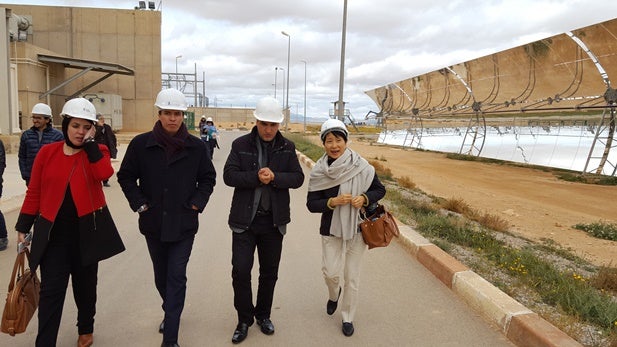 Fast forward to the present. Investment globally in CSP technologies continues to grow, while Morocco remains extremely dependent on energy imports and fossil fuels, which currently provide over 97% of its energy. But when Naoko Ishii, the GEF CEO, visited Morocco in March 2016, she and her team met with senior officials who have prioritized the development of renewable energy to achieve its economic and environmental objectives of energy security and environmental sustainability, resulting in a commitment to even larger investments in CSP technologies.

In 2014, to apply GEF’s experience and further scale-up CSP investment in Morocco, the GEF partnered with the International Finance Corporation (IFC) using resources from the GEF/IFC Earth Fund to invest $10 million in concessional finance to help catalyze support for Noor-Ouarzazate (Noor I), part of a three-phase expansion that is attracting more than $1 billion capital investment in CSP technologies to Morocco from the World Bank, Climate Investment Funds (CIFs) and others. As the host of the next UNFCCC climate summit, (COP22) in November, Morocco will find itself increasingly in the spotlight.

The Paris Agreement at COP21 was an historic turning point in the world’s response to climate change. The agreement sends a clear signal that the transformation of the global economy to low-emission, climate-resilient growth is inevitable, beneficial and already underway.

The goal now is to move from aspirations to action. In this regard, Morocco is leading the way. The country's ambitious low carbon growth objectives (42% of installed capacity will be covered by renewables by 2020) and progress in adaptation actions to manage its vulnerability (especially in agriculture) contributed to the decision to hold the next COP in Marrakesh later this year.

Not only will the GEF continue to support Morocco in its ambitious sustainable energy goals, the GEF is committed to assisting Morocco in achieving a low carbon emission and resilient development path, as well as a green and productive COP22.