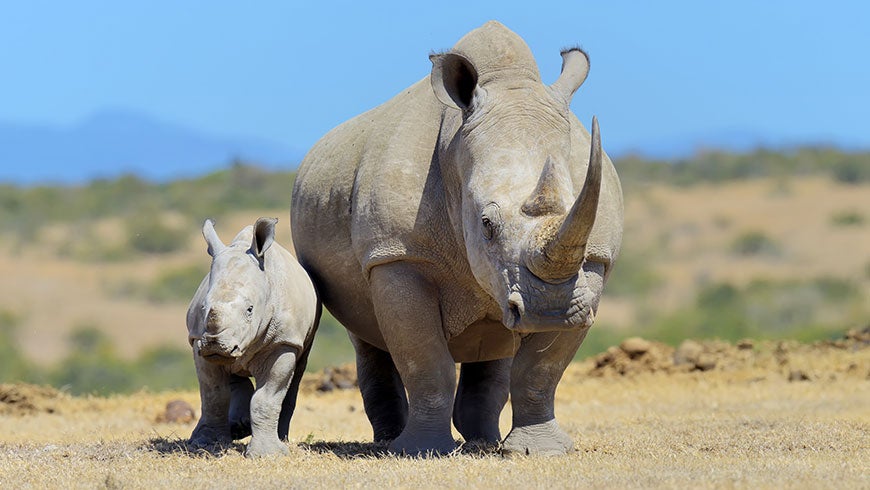 WASHINGTON, June 4, 2015 – A $90 million grant program was approved by the Global Environment Facility (GEF) yesterday for a global partnership to promote investments in biodiversity conservation, preserve wildlife and encourage sustainable livelihoods in Africa and Asia.

The new Global Partnership on Wildlife Conservation and Crime Prevention for Sustainable Development builds on the urgent need to address wildlife poaching and illegal trade as a development issue that deprives countries of their natural assets.  It aims to strengthen cooperation between development partners that will bring together biodiversity conservation, sustainable livelihoods activities, and poverty reduction.

“The GEF is pleased to support the critical fight against illegal wildlife trade and poaching, and we are looking forward to work with country partners and other stakeholders  to address this significant driver of biodiversity loss that has such negative impacts on protected area sustainability and human wellbeing in Africa and elsewhere,” said Naoko Ishii, GEF CEO and Chairperson.

“The recent wildlife poaching crisis in Africa has undermined its financial, social and economic capital while threatening the development of tourism and fueling political instability,” said Makhtar Diop, Vice-President of the Africa Region, World Bank. “We hope that this partnership will preserve wildlife and increase the resilience of communities whose livelihoods depend on these natural resources."

Participating countries include Botswana, Cameroon, Ethiopia, Congo Republic, Gabon, Mozambique, Tanzania, Zambia, India, and Indonesia. The GEF agencies contributing to the partnership include the Asian Development Bank, International Union for Conservation of Nature, United Nations Development Program, United Nations Environment Program, the World Bank and World Wildlife Fund. In addition to the GEF grant funds, the partnership will leverage US$513 million in co-financing from other sources including, IBRD and IDA. The World Bank, as lead agency of the new program, will coordinate the partnership and ensure a cross-fertilization of the lessons learned across projects and countries.

The country projects will focus on designing and implementing national strategies to improve wildlife and protected areas management, enhance community livelihood benefits, reduce poaching, and eliminate illegal wildlife trade. The activities will use an approach that create stronger incentives for local communities to engage in protecting wildlife and for public-private partnerships to invest in sustainable local development.

"This program aims to raise the scale of what the GEF can do to stop the bleeding across Africa and lay the foundation for wildlife to become a positive force for economic development across the continent," said Gustavo Fonseca, Director of Programs in the GEF.

Illegal wildlife trade is a multifaceted global threat that is gaining increased international attention. The problem is particularly acute in Africa, where species such as the African elephant, white and black rhinos, and several other species are being poached to the brink of extinction. In 2014, over 25,000 elephants were slaughtered for their ivory. Presently, the global wildlife market is estimated at $8 billion - $10 billion annually, with wildlife crime becoming more international and better connected to organized crime and insurgency. (Chatham House)

Crime affecting natural resources and the environment inflict damage on developing countries worth more than US$70 billion a year (World Bank 2014). This means that when natural resources and wildlife are extracted illegally, private and public income is effectively lost. This World Bank-led partnership will support international efforts to stop the environmental and social crises generated by the poaching and illegal wildlife trafficking between Africa and Asia.

“Vulnerability to environmental crimes, and the underlying demand driving the related trade, is often deepened by overarching problems of governance, corruption, and weaknesses in accountability at the national level,” said Leonard McCarthy, WBG Vice-President for Integrity. “This cancer of corruption can only be excised through hard-nosed prosecution, transparency and partnership.”

The London Conference on the Illegal Wildlife Trade in 2014 and the follow-up Kasane Conference in 2015 resulted in a declaration signed by 46 countries to stop the illegal wildlife trade around the world. The World Bank will build upon these milestones to ensure a successful implementation of this partnership.