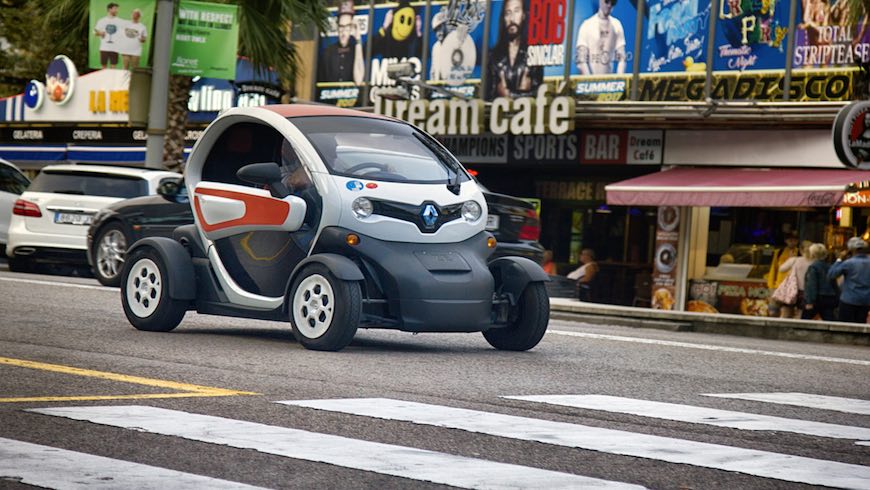 Companies must first understand their impact, and the risks and opportunities they face, before they can grasp the benefits of the transition to a low-carbon world. Photo: Shutterstock.com

Tackling climate change could unlock a $23tn (£16tn) investment opportunity by 2030 in emerging markets alone, according to a 2017 report by International Finance Corporation. Meanwhile in the US, renewable energy is creating jobs twice as fast as any other industry. And this is just the tip of the proverbial iceberg.

Galvanised by the historic Paris agreement, the transition to a low-carbon economy is underway and accelerating globally. Every sector in every market is undergoing transformation. To Indian industrial tycoon Anand Mahindra, speaking at this year’s World Economic Forum, climate action is this century’s biggest business opportunity.

Sustainability is now a mainstream business concern, and leading companies the world over recognise the opportunity – and the imperative – of being part of the solution. They are positioning themselves to thrive in the new green economy by setting emissions reduction targets in line with what science says is required to prevent dangerous climate change.

These science-based targets are fast becoming a business norm, with over 350 corporations worldwide already committed to the Science Based Targets initiative. Those that have led the way come from diverse sectors – from energy to retail, food to telecoms – and include household names such as Marks & Spencer, Mars and Sony.

Global emissions need to peak by 2020, and decline thereafter to meet the goals of the Paris agreement. National governments are preparing to come back to the table that year to discuss increasing ambition in their climate pledges. 2018 is a pivotal year in that process.

Tangible reminders abound that this is an urgent mission. From the UK’s recent unseasonal freeze that made it briefly colder than parts of the fast-melting Arctic, to the record-breaking drought in Cape Town, the climate system is rapidly changing, and the race is on to transform our economy in time.

At CDP, we collect data from over 6,300 companies, disclosed to us at the request of investors with $87tn in assets. Our latest analysis of corporate climate action found that nine out of 10 (89%) of the world’s biggest, highest-emitting companies have climate targets in place.

That’s promising. But to be effective, targets need to be based on climate science and aligned with the emissions reduction pathway laid out in the Paris agreement.

Companies have good reason to be engaged. Climate change poses material risks to business – whether from supply chain disruption from extreme weather, regulatory risk as governments and cities ramp up action, or damage to brands as consumers increasingly demand transparency and assurance of sustainability. They have the power to lead the way in the transition to a sustainable low-carbon economy that safeguards the global commons.

Corporate climate targets are considered “science-based” if they are in line with a company’s share of the decarbonisation needed to keep the global temperature increase below 2C compared to pre-industrial levels.

The Science Based Targets initiative helps companies navigate the transition, by assessing and validating targets within two years of a company’s commitment. As technology giant Dell says, “grounding the energy target in science made sense because it means we know this is what we have to do to help keep temperatures from rising above 2C”.

Companies that have already set such targets are seeing benefits to their business, including increased innovation, reduced regulatory risk, strengthened investor confidence and improved profitability and competitiveness.

Energy company EDP says, for example, that its science-based target gives it a competitive edge. Improved efficiency has cut costs along with emissions, and their climate strategy makes the company more resilient to regulatory risk.

Yet before companies can act, they first need to know where they stand. Here at CDP we believe disclosure is the vital first step in managing and reducing environmental impact. Companies must first understand their impact, and the risks and opportunities they face, before they can grasp the benefits of the transition to a low-carbon world.

The scale of the climate challenge requires nothing less than the wholesale transformation of the global economy.

Ultimately all companies need to build science-based targets into their business models. We need systemic change, not to merely outsource pollution and risk from one company, sector or country to another.

This change can be triggered when there is concerted social and policy pressure, affordable alternatives and companies ready to seize the business opportunity. Climate change is an engine of innovation in capital markets, as the dramatic fall in renewable energy costs and strengthening policies are now demonstrating.

Leading companies recognise that long-term holistic thinking is needed for future resilience. Kellogg Company says that part of their motivation to set a science-based target is that climate impacts pose a risk to agricultural production of their raw ingredients.

CDP data combined with existing commitments to the Science Based Targets initiative shows that over 1,200 companies have signalled their intention to set science-based targets in the next two years. We are heading towards a tipping point that will mainstream environmental action. But we need to move faster to bend the emissions curve by 2020.

In his Davos speech Mahindra issued a bold challenge to his business peers: commit to set science-based targets before the Global Climate Action Summit in September 2018.

The following week, at the global launch of CDP’s supply chain report, Christiana Figueres added her voice, calling on the world’s largest corporations to ask three of their top suppliers to commit to such a target before September.

BT is working with its suppliers to cut supply chain emissions by 29% by 2030, starting a ripple effect throughout the value chain. Mars Inc and Kellogg Company are calling on their peers to join them. This snowballing comes not a moment too soon. As this new business norm scales up, the concept of science-based targets is now being discussed as a way forward in addressing other planetary boundaries and the global commons.

As we gear up to the Global Climate Action Summit in San Francisco, all business leaders should step up and contribute to this momentum, by committing to set science-based targets, encouraging their peers to do so and setting their companies up to thrive in the new low-carbon economy.