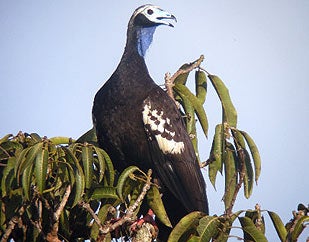 On April 14th, the GEF Small Grants Programme, along with the Guardian Life Wildlife Fund (GLWF) and the United Nations Development Programme (UNDP) launched a conservation program called Pride in Pawi, a community-based educational outreach and training programme to preserve the Piping Guan or Pawi -Pipile pipile- which is a bird endemic to Trinidad and among the most endangered cracids worldwide.

With a population of approximately 230, the Pawi ‘s conservation status is listed as critically endangered, and its habitat is affected by the degradation of their natural environment through deforestation (including quarrying and the encroachment of the built environment), hunters and bush fires.

Through a GEF SGP grant, the Guardian Life Wildlife Fund (GLWF), in collaboration with national and international partners, has taken up the challenge to help save the Pawi by embarking on Platform I of its Pride in Pawi Project. Pride in Pawi is a comprehensive communication programme aimed at educating nationals on the Pawi and encouraging protection of this endangered bird.

This umbrella project will be carried out on three main platforms:

The GEF Small Grants Programme will the first phase which aims to educate hunters, the local communities in areas in which the Pawi has been sighted, and other stakeholders about the threatened status of this species, its national importance and value to conservation.

The rural communities of Brasso Seco, Brasso Tamana, Grande Riviere, Guayaguayare, Moruga, Blanchisseuse, Matura and Matelot will benefit through training in species identification. This training can serve as the basis for eco-tourism centered around the Piping Guan or Pawi and provides an opportunity to increase local pride and sense of ownership of this species.

The project will engage bodies such as the Forestry Division's Wildlife Section, the Environmental Management Authority, Asa Wright Nature Centre, the Pawi Study Group, the World Pheasant Association, the Confederation of Hunters’ Associations for Conservation, and Birdlife International.

In addition, the Guardian Life Wildlife Fund in collaboration with Asa Wright Nature Centre and with the support of advertising firm Lonsdale Saatchi & Saatchi launched The Promise of the Pawi, an illustrated children’s book written by Janice Hernandez. The book is aimed at children 4 to 11 and serves a dual purpose – to educate our young population and to raise funds to support the work of the Trust. It recently won a highly prestigious silver “Addy” in the American Advertising Federation (AAF) awards. 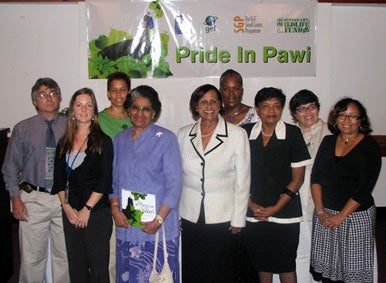