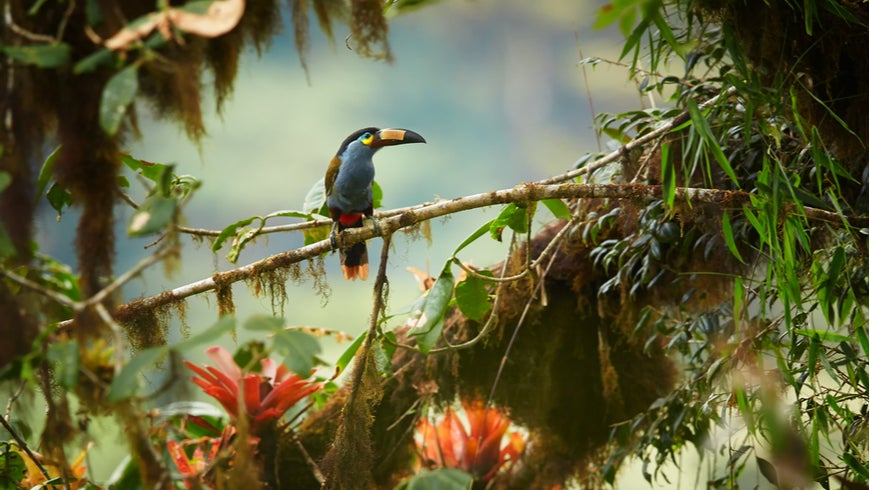 The GEF is working with its partners to support the conservation of some of the most biologically diverse places on Earth – in its latest four-year funding cycle, GEF-7, over $1 billion has been allocated to biodiversity protection. Photo: Martin Mecnarowski/Shutterstock.

Research from the Intergovernmental Panel for Biodiversity and Ecosystem Services, or IPBES, has painted an alarming picture of species extinctions, wildlife population declines, habitat loss, and depletion of ecosystem services − adding to the existing wealth of evidence that we are degrading our global commons at a dramatic and unsustainable rate.

In Washington, IPBES Chair Robert Watson summarized what science is telling us – 1 million species are at the risk of extinction and 90 percent of land has been significantly altered, threatening the lives and livelihoods of millions of people. "Protecting biodiversity is more than an environmental issue. It is a development and economic issue but also a moral issue,” he told the audience.

The GEF is working with its partners to support the conservation of some of the most biologically diverse places on Earth – in its latest four-year funding cycle, GEF-7, over $1 billion has been allocated to biodiversity protection. But it is increasingly evident that most damage takes place outside protected areas, and is often tied to agriculture and other industrial sectors.

Addressing the World Bank event, GEF Chairperson and CEO Naoko Ishii said it was critical to look at the biggest drivers of biodiversity loss, as the GEF’s new Food, Land Use and Restoration (FOLUR) Impact Program seeks to do. “We are seeing an enormous convergence around how we can make the food and land use system more sustainable,” she said.

Other speakers showcased innovative approaches to reversing the trend on biodiversity, from differing perspectives. Helen Crowley, head of sustainable sourcing innovation at fashion group Kering said: “Fashion might be late to the issue of sustainability but we are here now.” Kering is one of the 32 fashion companies to join the fashion pact with the G7.

Emiliano Ezcura, the VP of National Parks in Argentina, asked, “if you’re a finance minister, how can you not care about nature?” He spoke of innovative approaches involving creating rural corridors with local communities to protect biodiversity, featuring a GEF-funded Rural Corridors project.

The panel agreed that solutions to supporting and prioritizing nature needed to come from a multitude of sectors. Dr. Souvanpheng Boupphanouvong, Minister to the Prime Minister’s Office of Lao PDR, described how biodiversity loss in her country posed a threat to economic plans around developing nature-based tourism. The National Development and Planning Minister for Zambia, Alexander Chiteme, said natural capital accounts for land, forest and water were helping him enhance revenue collection while ensuring sustainable use of natural resources. Alok Sharma, Britain’s Secretary of State for International development, said it was time to amplify global efforts to address biodiversity loss and climate change. Britain has recently announced that it would double international climate finance.

Inger Andersen, Executive Director of the UN Environment Programme, closed the event making a powerful plea for action. "Nature is speaking to us. The time to take action is now," she said.

Adapted from an event summary published by the World Bank.

Innovative investments in nature: native honey from the Chaco forest of Argentina