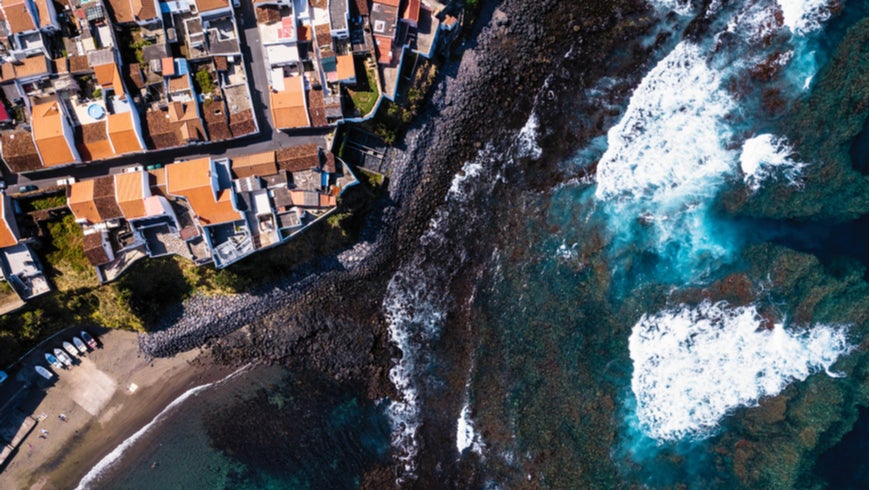 COP24 comes on the heels of the IPCC Special Report on 1.5°C degrees, which delivered an unequivocal message that climate change is already affecting people, ecosystems and livelihoods all around the world. Photo: De Visu/Shutterstock.

The 24th Meeting of the Conference of the Parties to the United Nations Framework Convention on Climate Change (UNFCCC), also known as COP 24, is underway in Katowice, Poland. Visit our event page to learn about GEF at the UNFCCC COP24 and the GEF Partnership Pavilion.

In the two-week negotiations, ending December 14, governments will have the opportunity to strengthen the global response to the threat of climate change. The priority outcome is to unleash the full potential of the Paris Agreement by finalizing its work program, or “Paris Rulebook.” This will put into place the practical implementation guidelines needed to track progress and ensure climate action is transparent. In turn, this should build trust and send a signal that governments are serious about addressing climate change.

It is expected that the guidelines will make the Paris Agreement fully operational by unlocking ambitious action to reduce emissions of greenhouse gases, to adapt to the impacts of climate change, and to empower developing countries. COP24 also needs to establish a clear way forward on climate finance to ensure greater support for climate action in developing countries.

The stakes of moving the Paris Agreement forward have never been higher. COP24 comes on the heels of the Intergovernmental Panel on Climate Change’s (IPCC) Special Report on 1.5°C degrees, which delivered an unequivocal message that climate change is already affecting people, ecosystems and livelihoods all around the world. The report also said that limiting warming to 1.5°C degrees is not impossible but would require unprecedented transitions in all aspects of society.

Commenting on the IPPC report, Naoko Ishii, CEO and Chairperson of the Global Environment Facility (GEF), said, “We must recognize that doing so (limiting warming to 1.5°C) will require an urgent and unprecedented transformation in all aspects of our economies between now and 2030, a transformation that enables us to cut current greenhouse gas emissions in half by 2030.”

“Our only chance is to shift the world to a different investment and growth path. We need a new growth story for the 21st century, and for that we must fundamentally transform our food, urban, and energy systems, and move to a circular economy,” Ishii said.

The GEF CEO’s comments appear in a new publication published for COP24 titled “The GEF and Climate Change - Catalyzing Transformation."

“To help catalyze this transformation, the strategy for our new four-year investment cycle (known as GEF-7) is explicitly focused on these key systems,” says Ishii. “The single largest program in GEF-7 focuses on food and land-use transformation, where there is enormous potential for both climate mitigation and adaptation, as well as for safeguarding other elements of the global commons, like land, water, forests, and biodiversity.”

“We are also enhancing our support for sustainable cities, recognizing that urban planning decisions today have huge implications for low-carbon and resilient development tomorrow. More broadly, we will deploy the GEF’s scarce financial resources where they can be most helpful all stakeholders—governments, businesses, communities, researchers—to accelerate climate action.”

At COP24, the GEF will be talking about these and other issues.

The GEF Partnership Pavilion will feature a series of events on GEF-funded climate action.   In collaboration with its partners, there will also be events on topics ranging from sustainable infrastructure to technology needs assessments and nature-based solutions for adaptation.

To find out more about GEF at COP24 – including links to its latest climate publications, side events and news – visit the GEF at COP24 website.

The GEF and the Paris Agreement

The GEF has several key roles to play under the Paris Agreement. The GEF serves as part of the financial mechanism of the Agreement, which also established a process for ensuring that all actions on climate change are fully transparent and a mechanism, the Capacity-building Initiative for Transparency (CBIT), for helping countries meet that goal.

A new GEF publication for COP24 provides an update on the CBIT, which, as of October 31, 2018, had invested USD 58 million in 40 national projects in Africa, Asia, Eastern and Central Europe, Latin America and the Caribbean, as well as four global projects.

The GEF’s climate change mitigation strategy supports developing countries as they make transformational shifts towards low emission and climate-resilient development pathways.  While, GEF’s new approach to climate resilience recognizes the need for system transformation and is aligned with climate-resilient development pathways articulated by the IPCC.   This is especially important for vulnerable countries that rely heavily on climate-sensitive natural capital and benefits communities that depend on traditional agricultural practices and livelihoods.

GEF-7 will continue to support countries to meet their obligations under the UNFCC.  And, it puts strong emphasis to financing for Least Developed Countries (LDCs) and Small Island Developing States (SIDS).

Since 2001, the GEF—through the LDCF, the SCCF and the Strategic Priority on Adaptation program—has provided more than USD 1.6 billion in grant financing and mobilized USD 7.7 billion from other sources for 343 adaptation projects (as of September 30, 2018), including all LDCs and SIDS.  These projects are expected to directly reduce the vulnerability of more than 27 million people.