New movement for the global commons 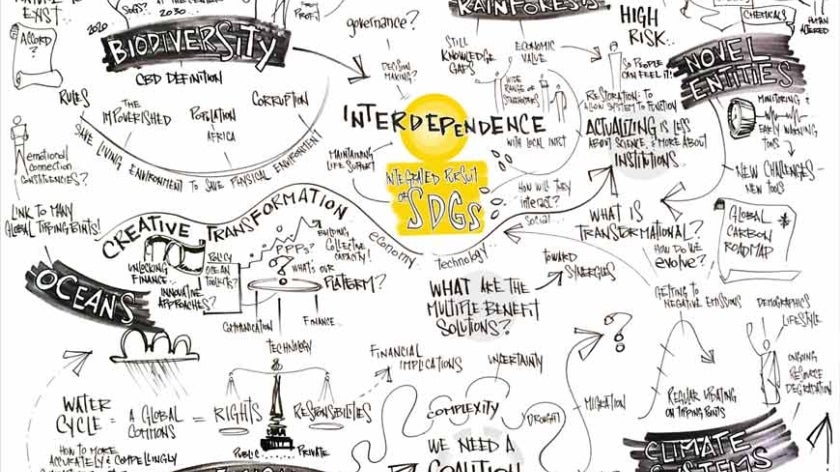 The State of the Commons

Leaders from international organizations, business, and civil society have rallied around a new effort to safeguard the global commons on which all life depends.

Among the 150 top-level participants at the International Dialogue on Our Global Commons hosted by the Global Environment Facility (GEF) and the International Union for the Conservation of Nature (IUCN) there was a strong sentiment that they were taking this action “at a critical juncture” for the future of the planet, seizing an opportunity that would “never” arise again.

The dialogue took place in Washington DC's prestigious National Academy of Sciences, the Director of whose Science and Technology for Sustainability Program, Dr. Jerry Miller, described it as “the most exciting event of my entire tenure”.

The meeting decided to act after hearing from Prof Johan Rockström, Executive Director of the Stockholm Resilience Centre, that increasing environmental degradation was taking the world out of the “safe space” of benign climatic and ecological conditions that had allowed the whole of human civilization to develop. He called for a “coalition for change”.

Naoko Ishii, the GEF’s Chairperson and CEO, told the delegates, “Business as usual is a guarantee of disaster. We needed a course correction”. She added, “We must take ourselves out of our comfort zones” to bring about ‘disruptive transformation.”

Inger Andersen, IUCN’s Director General, cited studies carried out for the dialogue by her organisation that showed that “when we invest in conservation, it works.”  She continued, “Nature is so forgiving. It will regenerate, if we give it half a chance.”

The participants came together around a “shared purpose” that concluded: “At this critical juncture for the survival of the diversity of life on earth and the systems on which humanity depends, we are catalysing a movement to defend, enhance, and sustain our Global Commons through:

* Protecting the diversity of life on earth

* Developing innovative solutions that reflect the interdependence of all systems including food, urban, energy, production & consumption, freshwater, and oceans

* Engaging both top down and bottom up communities

And because never again will we have the opportunity”.

Speaking at the end of the meeting, Inger Andersen said, “We have created a community, we discussed solutions, we have a time plan and we have commitments.”

Naoko Ishii concluded, “I feel we made history together.”

The International Dialogue on Our Global Commons was convened by the GEF and IUCN, in partnership with the International Institute for Applied Systems Analysis, the Stockholm Resilience Centre, the World Resources Institute and the World Economic Forum Environmental Systems Initiative. Preceded by a Science Day on October 11, 2016, the Dialogue engaged leading environment, innovation and system design thinkers and analysts from across sectors of society in an unprecedented, informal and engaging strategic discussion to (i) assess the latest evidence as to the pressures our global commons face, and (ii) discuss how best to disrupt the systems that drive these pressures.