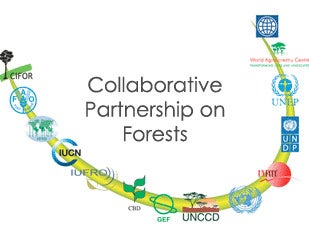 BOGOR, Indonesia _ Women are the main users of forests in developing countries – gathering food and firewood – but they continue to be sidelined in how the forests are managed despite years of efforts to mainstream their involvement, experts said ahead of International Women's Day on March 8.

Research shows that greater involvement of women in forest management usually improves the condition and sustainability of the forests. The importance of this has taken on new significance with billions of dollars being pledged to protect and enhance the world's forests because of their role in slowing the rate of climate change.

“It is worrying that despite women’s increasingly recognized contribution to forest management, they are not yet at the forefront of forestry decision-making,” said Esther Mwangi, a scientist at the Center for International Forestry Research, which has its headquarters in Indonesia.

The United Nations has declared 2011 the International Year of Forests, which provides an excellent platform to revisit the challenges of promoting women's involvement in forestry, she said. "As governments rearrange their policies and create new regulations ahead of the implementation of programs for REDD+, women’s involvement in decision-making in forest management and conservation should be a top priority."

REDD+ is a global mechanism for reducing emissions from deforestation and forest degradation, as well as the conservation and sustainable management of forests, and the enhancement of forest carbon stocks.

Climate change and deforestation have increased the workload of rural women, who are the primary users of forests and use them to source natural medicines as well as fuel-wood, food and water.

“The first challenge is to recognize women as agents of change. They cannot be seen only as users but as major decision-makers when it comes to conservation and sustainable use of forest,” said Lorena Aguilar, Global Senior Gender Advisor at the International Union for Conservation of Nature. "As the main users of forests, women need to be included in decision-making to ensure they get a fair share of the benefits. This means taking account of gender differences not only when planning projects but also when designing policy interventions that will affect forest communities."

While significant progress has been made in promoting the role of women in forest management at national and international policy levels, massive gaps remain in implementing these changes on the ground. Still, there are signs of hope. Participation of women has risen, as shown by an example from Nepal where the percentage of women and marginalized groups involved in community committees has grown from 27 percent to 45 percent. However, in many cases participation is limited to attendance and passive involvement with women sitting in silence while men make the calls on forest management.

Statements on the importance of engaging women in decision-making in the forestry sector alone are not enough, said Eve Crowley, Deputy Director, Gender, Equity and Rural Employment Division of the U.N.'s Food and Agriculture Organization. “You need to have planning, you need to have resource allocations, you need to have capacities in implementation, and you need to have careful monitoring and evaluation.”

In land tenure, for example, there needs to be an effective gender-sensitive programme with on-the-ground specifics to counter the historical, social and cultural factors that are biased in favor of men’s control. Forest industries should allow wider access to employment for women taking into consideration their multiple responsibilities to care for their families.

An extensive review of gender and agroforestry in Africa, to be published by the World Agroforestry Centre in April 2011, found that women farmers in sub-Saharan Africa are still trapped at the production end of the value chain and it recommended governments, NGOs and the private sector to foster women entrepreneurs and strengthen their participation in farmers' groups.

Importantly, women’s knowledge of and capacity to act on their rights must be strengthened. Such capacity is crucial to allow women to organize and be able to make demands for more involvement in decision-making processes in forest management and to ensure that rules and regulations are enforced.

The experts also said that it was important to increase the number of women in decision-making positions from the village level, through to local governments, central governments and forest-related agencies. It is also crucial to build and support networks and alliances among rural women, national and international advocacy groups.

The Collaborative Partnership on Forests (CPF) is a voluntary arrangement among 14 international organisations and secretariats with substantial programmes on forests. The CPF's mission is to promote the management, conservation and sustainable development of all types of forest and strengthen long term political commitment to this end. 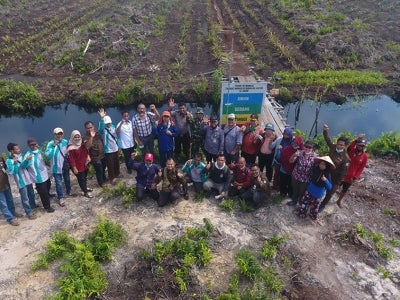 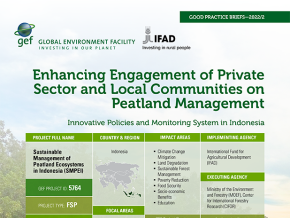 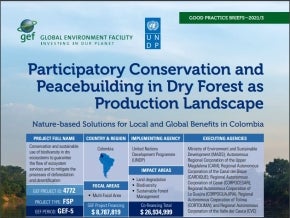