All hands on deck: the climate crisis is here 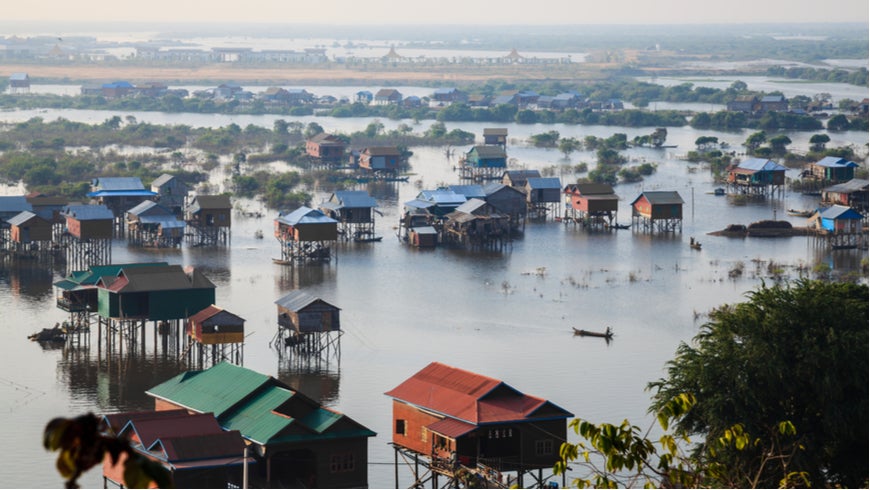 That mitigating the climate crisis must be an integrated effort is very much at the heart of how ADB as an institution is responding to this and other development challenges with its “One ADB approach”. Photo: takepicsforfun/Shutterstock.

The British daily newspaper The Guardian recently updated the language it uses to write about the environment, introducing terms that more accurately describe the environmental predicament facing the world. Terms like climate change will give way to preferred terms like “climate emergency, crisis, or breakdown” to better reflect what The Telegraph sees as a catastrophe for humanity. Addressing this climate crisis needs to be an all-hands effort. It will need to be coordinated at all levels— global, regional, national, and local—and from all stakeholders: governments, development institutions, academe and think tanks, businesses big and small, and individuals and communities. Bringing all this together is one of the big challenges of fighting global warming and its consequences.

That the climate crisis will take expertise and determination from different sectors and actors was compellingly argued at an event organized by the Asian Development Bank’s Independent Evaluation Department at the bank’s annual meeting in Fiji in May. Panelists from international organizations and academe presented the latest perspectives on Asia and the Pacific’s heightened vulnerability to climate change, worsening environmental degradation, and the effect of decades of underinvestment in natural capital.

A potential threat the panel felt should be getting more attention—and one that will require integrated solutions and the efforts of many actors to resolve—is the sustainability of the Asia region’s remarkable gains in reducing poverty, and the prospects of achieving the Sustainable Development Goals globally. Both are at risk from heightened climate and environmental hazards.

The latest data show that a further 780 million people in Asia and the Pacific moved out of extreme poverty from 2002 to 2013 alone. But can that pace be sustained in the coming decade? Former UNDP administrator Helen Clark stated that everything is under threat due to natural disasters that are more and more human induced. She feared the Sustainable Development Goals will be harder to reach than the Millennium Development Goals once were and noted that we need more than hope; we need action.

To make progress on addressing the climate crisis, stakeholders will need to pool their technical, financial, and knowledge resources far beyond the current levels. Strong partnerships will be crucial. This point was well-argued by Meg Taylor, Secretary General of the Pacific Islands Forum, in the context of Pacific small island countries. Here, the economic costs of climate-related disasters—estimated at 7% of gross domestic product (GDP) in 2000–2018—are among the highest in the world. And Woochong Um, a director general in ADB correctly noted that government and other public entities like ADB need to crowd-in private capital.

That mitigating the climate crisis must be an integrated effort is very much at the heart of how ADB as an institution is responding to this and other development challenges with its “One ADB approach”. This approach is intended to bring together ADB’s expertise and knowledge from across the organization to provide integrated solutions. ADB wants to be fully functioning as “One ADB”, and is making an immense effort to move in this direction.

On a vastly larger scale, a “One global approach” is needed to build and share knowledge on interventions to confront the climate crisis, and to deepen collaboration and partnerships on climate action. A strong commitment to act collectively and urgently on this now will be needed. At the Fiji event, Meg Taylor made a telling comment: “In the Pacific nobody is packing up and leaving. For us this is an existential matter and we are determined to do what is needed.” This is the level of resolve and sense of urgency that is needed across the globe.

We are nowhere near there yet. Vinod Thomas, a professor at National University of Singapore, noted that climate change adaptation is an urgent priority but we need also to turn off the tap and increase our efforts on climate change mitigation. Reversion of greenhouse gas emissions is a must – 2018 was a record year of such emissions, which is concerning. As Meg Taylor said, it is hard to be optimistic as long as people in the West do not make major life style changes – in the Pacific immediate change is needed as a matter of survival. In the opinion of Helen Clark, civil society is playing a positive role in pushing governments to do the right thing. For instance, it is possible geologically and economically to do without coal, but political will is needed to make the switch. Clearly, this is not easy: as Woochong Um put it, we need to change the engine of the car while driving; and ADB is helping governments doing just that.

The gloom of a worsening climate crisis has in recent months been somewhat ameliorated by the engagement of youth—exemplified by the Swedish climate activist Greta Thunberg—getting noticed in the corridors of government. And there are continually heartening incremental gains: Britain’s planned ban on some single-use plastics, for example. The biggest boost to an all-hands effort to mitigate the climate crisis would be a strong leadership commitment to the Paris Agreement that extends across administrations.

Incentives need to be put in place too. I fully agree with Vinod Thomas that it’s time to rethink how economic growth and development are measured. The growth of countries’ GDP is a misleading statistic. There should be a new “SDG index” and national accounting systems that take into account the depletion of natural resources. A system that ranks and rewards countries on the basis of short-term growth—as the investment community does—is hardly an incentive for policy makers to prioritize care of the environment and prudent resource management.

A greater sense of urgency, starting by the language we use to refer to the drama that humanity is confronting starting by labelling as a crisis, a collective determination to take urgent action going beyond the signing of agreements and a set of incentives including with respect to the way we measure progress will determine if in the end we finally sync or sink with nature.

Wishing GEF, its leadership and staff all the very best in its crucial mission at a crucial juncture.