Exploiting rainforest riches while conserving them

Co-founder and co-chairman of Natura&Co, chief shareholder of the Maraé group of companies 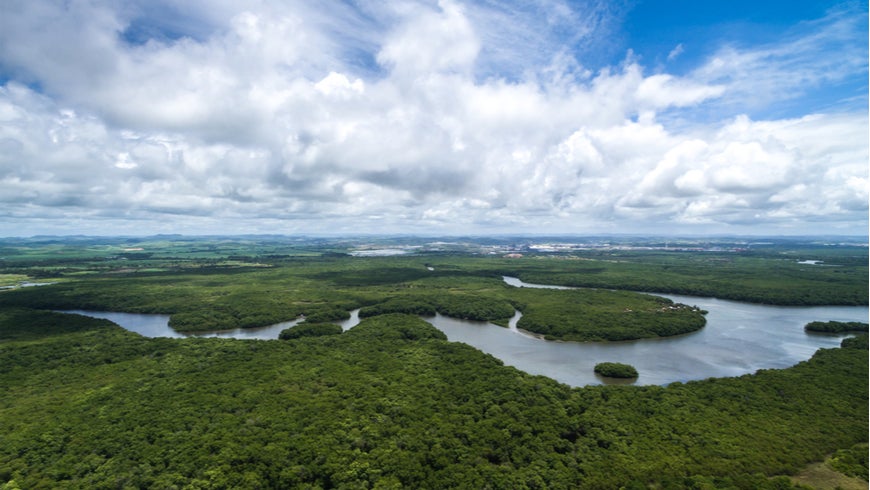 It is now up to the private sector to prove on a large scale that sustainable business practices lead to greater biodiversity and to capturing more carbon – and, above all, that they offer robust financial returns. That calls for a fresh perspective: sustainability isn’t a “green cost of doing business” – rather, it is now the business itself. Photo: Gustavo Frazao/Shutterstock.

Climate change is coming to the global policy agenda, and damage to the world’s tropical rainforests is a key component of it.

In my own country, Brazil, there is widespread concern about climate change linked to deforestation. Although this contributes more carbon to the atmosphere than all the road traffic in the US, and scientists say it is responsible for up to a quarter of global greenhouse gas emissions, we have yet to reach a tipping point of global public opinion in defence of tropical forests.

I am certain that just such a change is coming, and that private enterprise has an important role to play in consolidating perceptions about the immense value of these great forests. We must also banish any doubt that doing the right thing for the planet is also good for business.

Scientists have postulated a very simple truth: by leaving the forests standing, and respecting the lives of those who live there, we can avoid seeing significant economic and social benefits quite literally going up in smoke.

It is now up to the private sector to prove on a large scale that sustainable business practices lead to greater biodiversity and to capturing more carbon – and, above all, that they offer robust financial returns. That calls for a fresh perspective: sustainability isn’t a “green cost of doing business” – rather, it is now the business itself.

Brazil is home to the largest part of Amazonia, the world’s greatest tropical forest biome. It has attracted unwelcome headlines because more than 20 per cent of it has been cleared, often by means of uncontrolled logging and low-intensity cattle-ranching activities that generate meagre financial returns of just $125 per hectare per year.

But Brazil is also home to numerous success stories based on sustainable land use and responsible extraction of naturally sourced raw materials in partnership with forest communities. Inputs for cosmetics and fragrances, enzymes for industrial processes, natural remedies and pharmaceutical precursors are slowly coalescing into a powerful “bioeconomy”.

Some forest-based “nutraceuticals” and inputs for cosmetics can fetch up to $30 per litre. Trade in berries and fruits from living trees is worth hundreds of times their lumber value. Annual sales of açaí forest-based health drinks already top $1 billion, with yields per hectare eclipsing those of soya bean production.

For 50 years this has been the core philosophy of Natura, Latin America’s largest cosmetics producer and sustainable production pioneer, which sources 17.8 per cent of all its natural ingredients from forest communities. We provide a good example of the truth that it is better to exploit Amazonia’s riches rationally than to squander them.

Our approach has generated considerable financial returns and spurred a half-century of consistent growth.

With a sales force of 1.8 million across Latin America, and a production base partly located in Amazonia, our publicly listed core business, Natura, has consolidated a robust brand based on protecting Brazil’s ecosystems and respecting its forest-dwelling peoples. Now we are rapidly transforming into a much larger family of strong global brands named Natura&Co, thanks in part to recently incorporating UK-based The Body Shop and Australia’s AESOP.

We expect this growth to be further boosted by last month’s incorporation of direct sales leader Avon. This has lifted Natura&Co into the ranks of global businesses with more than $10 billion in annual sales, and more than 200 million customers in 100 countries. Once the Avon deal receives regulatory clearance, Natura&Co will become the world’s fourth largest cosmetics company, with a presence in Europe, the Americas and Australasia.

None of this came easily. In contrast to the short-term exploitation of tropical forests, ours is a long-term approach that demands heavy investment in “social technologies” to interact with those forest communities who help unlock its wealth.

Since 2010 Natura has invested $372 million in research into plant-based cosmetics and in setting up local production facilities in the Amazon state of Pará. Sustainably harvesting valuable tropical ingredients for cosmetics and moisturizing creams using nuts or berries from the buriti, açai and ucuuba trees, has created entirely new value chains that simply did not exist before.

We have also invested in amending our internal processes to fight climate change within a supply chain that has been carbon-neutral for a decade, and we are sharing the benefits of good business with 4,636 families in traditional settlements across the 37 communities where we source our raw materials. These include indigenous and ribeirinho (riverside-dweller) communities.

We have funded conservation and reforestation programmes covering more than 7,500 hectares (about 18,530 acres) of forest land. And an initiative started in 2016 called Carbono Circular provides cash grants to help small farmers protect woodland in already degraded areas. This will eventually conserve 275,000 hectares – an area as large as London or New York City.

Together with The Body Shop we are assessing the benefits of worldwide community “trade, not philanthropy” programmes pioneered by the company’s late founder Anita Roddick.

Our initiatives were publicly recognised in 2015 when Natura received the United Nations Champions of the Earth Award in the Entrepreneurial Vision category.

Our goal is not just to become another big company in the world, but to act for the world; as a symbol of change that prepares the ground for a new way of living and doing business.

A network of alliances helps Natura create links with like-minded companies, non-governmental organisations and groupings such as “the B Team”, a group of entrepreneurs including Sir Richard Branson. All are dedicated to using shared values to find better ways of doing business, for the well-being of people, the planet and its global commons.

We aim, by 2050, to nurture low-carbon societies that fully support biodiversity by bringing lasting change and impact to the environmental, social, cultural and economic facets of human life.

So our successful half-century of experience confirms the benefits of good business: good for shareholders; good for consumers; good for people living in forest regions; and good for social and cultural frameworks.

Companies and consumers can help ensure that the future of Amazonia – our planet’s most potent carbon sink – is based on sustainability, not fragmentation and fire.

We are preparing to take our vision of sustainable business to a much wider world, aiming to serve the environment and communities. Please join us.

International Day of Forests 2018: Halting deforestation in the Amazon