Needed: an ecosystem of partners to support ocean health 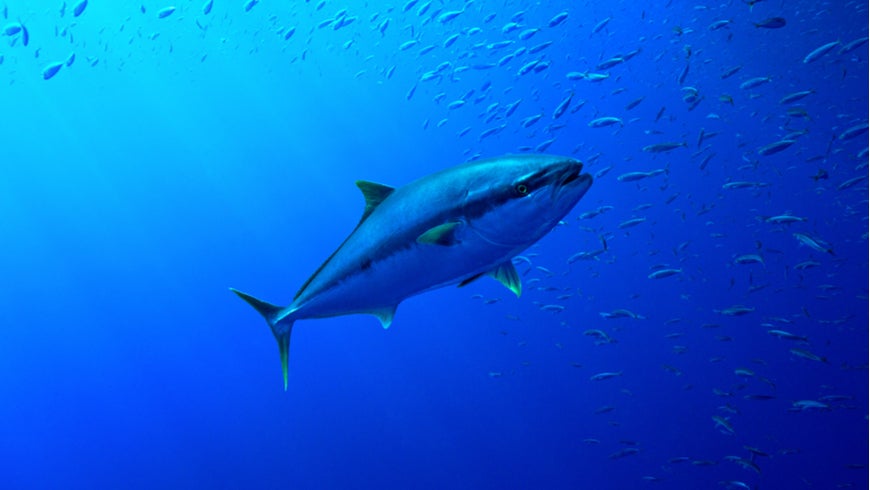 Fishery improvement projects (FIPs) bring together businesses, vessel owners, NGOs and governments to identify environmental challenges in a fishery and develop an action plan to address them. Photo: J'nel/Shutterstock.

Global co-operation, with businesses playing a critical role, is needed to transform the seafood industry

It is estimated that approximately three billion people around the world rely on seafood for their primary source of protein, making flourishing oceans an integral part of the global commons and healthy living worldwide.

There has also been a paradigm shift in consumer attitudes to seafood. Shoppers want assurance that their fish was caught, processed and delivered to them responsibly.

The Marine Stewardship Council (MSC) reported last year that 83 per cent of consumers across 22 countries agree that we need to protect seafood supplies for future generations. And 72 per cent of them said that brands need to independently verify their sustainability claims.

This changing consumer environment creates a dual impetus for seafood companies to act. Businesses must respond to the demands of shoppers or risk being left on the shelf. And, at the same time, producers will find it increasingly difficult to operate without healthy and sustainably managed oceans.

Businesses often focus on competition, but no one can solve these issues alone. Seafood companies have the resources and networks to promote ocean sustainability. Change, however, requires a comprehensive plan and effective co-operation between stakeholders.

At present, only 12 per cent of the world’s wild-caught seafood comes from fisheries certified as sustainable by the MSC, and the UN estimates that about a third of stocks are overfished.

The challenge for producers is that the seafood supply chain is complex and fragmented, with fish passing through fishers, vessel owners, processors, exporters and importers before it even comes near restaurants, retailers and our kitchens. Moreover, 90 per cent of seafood comes from developing countries, which often have limited data infrastructure and are working to tackle illegal fishing and labour abuse.

Progress will only be made on an industry-wide level – and it can only be achieved if producers work together with peers, fishing communities, non-governmental organisations (NGOs) and governments. Fortunately, seafood producers are uniquely placed to influence others in the supply chain, creating incentives for vessel owners to fish responsibly and driving transparency throughout the industry.

The industry is already having a meaningful impact in the development of fishery improvement projects (FIPs). These bring together businesses, vessel owners, NGOs and governments to identify environmental challenges in a fishery and develop an action plan to address them. The goal of a FIP is to achieve the blue tick of MSC certification, an internationally recognised standard that helps consumers identify sustainable seafood.

One of the world’s largest producers, Thai Union, has partnered with WWF and other seafood companies to establish three FIPs since 2014, covering more than 90 per cent of the tuna that the company supplies to Europe. The Sustainable Indian Ocean Tuna Initiative, for example, brings together 17 businesses, 42 vessels, the EU and local governments.

In support of the FIP’s development, Thai Union used its position at the centre of the supply chain to rally relevant stakeholders around a single strategy for improving fishery management, including plans on how much fish should be taken and how it should be caught.

This ability to bring international groups of partners together with the investment necessary to help solve local and regional issues in its key markets has been a cornerstone of Thai Union’s sustainable development strategy, SeaChange®. Through involvement in international groups such as the International Seafood Sustainability Foundation and the Global Environment Facility, the company has been able to seek partners from around the world who are ideally suited to the challenges it aims to address.

Its recent partnership with leading alternative protein producer Calysta is a good example. After meeting three years ago at an industry conference, the two companies worked to introduce the first commercially harvested shrimp fed by Calysta’s innovative and sustainable FeedKind® protein. This reduces pressure on species used for fishmeal, while the unique carbon signature of FeedKind enables traceability, giving consumers clarity on the shrimp’s origin and providing reassurance it has been grown using sustainable feed.

Thai Union is also working with Satlink and Digital Observer Services to trial cameras enabled by artificial intelligence on vessels operated by its suppliers. This system could in future replace human observers and provide similar reports on the species caught by vessels. The recording could also track movements on deck to help ensure everyone on the vessel is working under safe conditions, as well as to help spot such other issues as illegal fishing.

While Thai Union already works with its suppliers to uphold environmental and ethical standards, the success of the camera trial and its rollout to wider fleets can help raise standards across the industry.

Sustainably managing our oceans cannot be achieved by a single organisation. If we are to care for the world’s precious marine habitats, we need our own ecosystem of partners to find ways of managing fisheries sustainably – an alliance of stakeholders that acts both for markets with consumers who are health-conscious and committed to sustainability and for the communities who rely on fisheries to provide protein and livelihoods.

From decline to recovery: a rescue package for the ocean