Pricing carbon will help us better deal with climate change 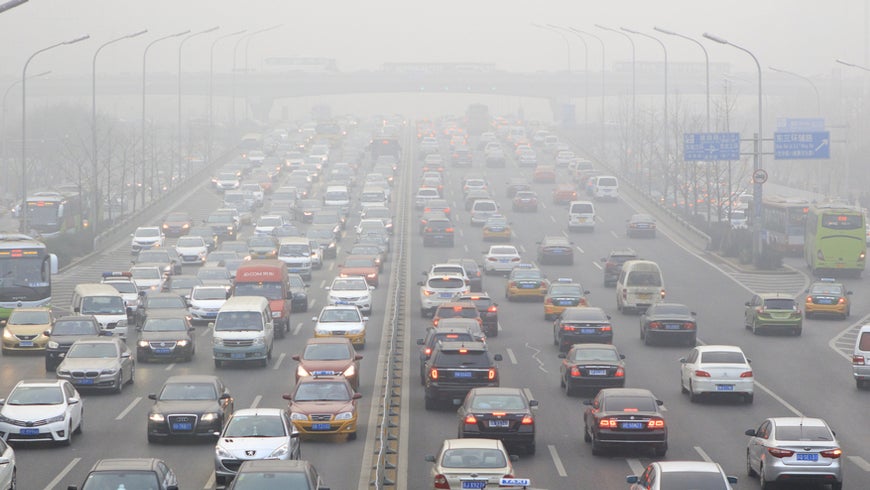 Our failure to act over the past decades means that we are increasingly accepting that a part of our climate disruption is irreversible, and looking at adapting to it. But this, of course, should not prevent us from setting targets to reduce our greenhouse gas emissions to stop it getting worse. Photo: testing/Shutterstock.

Nearly 1,400 companies are adopting an internal carbon price so as to future-proof prosperity

The impact of climate disruption is already visible worldwide: irreversible damage to the oceans, more floods and prolonged droughts, which are causing issues for food production.

Methane explosions in Siberia due to thawing permafrost; sinking villages in Alaska; an increase in extreme weather events – we have a big problem.

Despite the unprecedented commitment evidenced by the 2015 Paris Climate Agreement, we are still not on track to stave off the climate crisis. Time is running out, as highlighted by the UN's Intergovernmental Panel on Climate Change's recent report which states that we have only 12 years in which to act to keep the rise in temperature below 1.5C.

Sure, many of us say the right things and are even committed to them, but this isn’t enough. We must do more, faster and together, to protect the vital global commons of the climate.

Not everyone agrees. A small yet vocal number of skeptics still say that we shouldn’t worry, claiming climate change is as old as the earth itself. But while, our climate has changed often over the last five billion years, it has never done so this fast.

Human civilisation has only existed for about 10,000 years. In just a century, we have initiated a quick change of our climate by unprecedented emissions of greenhouse gases, mainly carbon dioxide. We have expanded to almost every part of our planet, so we can no longer move to “new territories”.

We know planet Earth will survive, but will our civilisation be able to deal fast with what is coming without disastrous consequences?

Sadly, the world's poor – who are not responsible for creating climate change – are already being hit hardest. This will inevitably trigger massive climate/economic migration, estimated at over 250 million people – in a world which can’t cope with 65 million refugees today.

The financial world is becoming nervous. The Financial Stability Board, established by the G20, and several central banks, are warning about climate-related financial instability. Investors want companies to disclose more climate related-risks. Insurance companies warn that failure to reduce greenhouse gas emissions could result in a world that is "pretty much uninsurable".

We should be rightly worried about the future of our children and future generations.

The good news? It remains feasible for global warming to stay below 1.5C, but only if we act now, as almost 200 heads of state committed to do in Paris.

Our failure to act over the past decades means that we are increasingly accepting that a part of our climate disruption is irreversible, and looking at adapting to it. But this, of course, should not prevent us from setting targets to reduce our greenhouse gas emissions to stop it getting worse.

At DSM we have a threefold approach: we improve our operations; we enable our customers to reduce emissions with our innovations, products, and solutions; and we advocate for climate action. We have adopted an internal price on carbon of €50 per ton of CO2 to help accelerate our efforts. This will help us future-proof our company when we decide on investments or large innovation projects.

We are not alone: nearly 1,400 companies have adopted an internal carbon price or will do so within the next year, supported by a growing group of CEOs and companies who want the world to move faster.

More and more jurisdictions are doing the same, including the world’s second largest economy, China, which started with 1,800 companies in the power sector. Countries and states are connecting carbon price systems in the Americas, while Europe has tightened controls, increasing its price so far from about €5 to above €25 per ton.

Price levels above €30 per ton are needed to start to make an impact. And the report of the High-Level Commission on Carbon Prices, co-chaired by Joseph Stiglitz and Nicholas Stern made clear that a carbon price of between $50-$100 per ton would be needed by 2030 to deliver on our Paris commitments.

Three years ago a carbon price was deemed too sensitive to include in the Paris Agreement, but we are now increasingly anchoring it in our economic system. Indeed companies who haven’t yet adopted an internal price will soon have to do so, as investors demand more and more insight into the risks of climate disruption – and into the financial opportunities of taking action on climate change, which can provide major benefits for business.

Carbon price skeptics raise concerns about the impact on competitiveness. This is being investigated by the World Bank's High-Level Commission on Carbon Pricing and Competitiveness, which I co-chair with Anand Mahindra, chairman and managing director of Mahindra Group of India, and which will report at the UN Climate Summit in September.

Early signs confirm that competitiveness results from many factors – such as searching for and using low cost labour, protecting knowledge and/or intellectual property, or a tax rate – and not just from one of them.

With the current momentum, it will only be a question of time before most of the planet has adopted a carbon price – so a level playing field is in the making.

A price on carbon doesn’t mean automatically increased taxation and costs for consumers. Cap and trade systems, such as those used in Europe and China, set targets that grow sharper year by year, and let non-achievers pay those that do best, in what is just a normal competitive model to make companies green and clean, whilst performing well.

Business has an increasingly vital role in accelerating the shift to a low-carbon and climate-resilient economy. This will require everyone not just to say, but to do the right thing, anchoring our climate approach into our economic system by putting a price on carbon, in combination with other sensible policies.

In this way we may be able to reverse the path we have followed in the last four decades, creating long-term value for businesses, shareholders and our society.