Three steps to meeting the climate and nature emergency 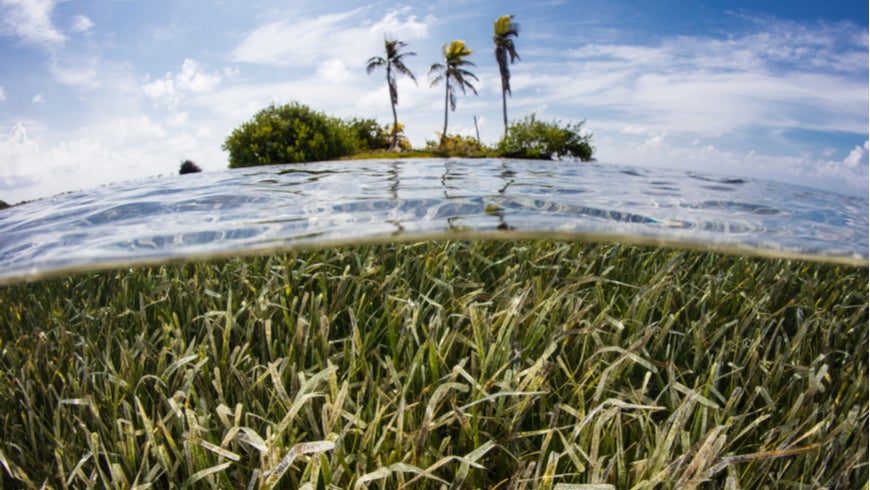 Human activity has “significantly altered” 75 per cent of land and 66 per cent of oceans, mainly through food production. Photo: Ethan Daniels/Shutterstock.

There are growing calls to declare climate and nature emergencies. But are these justified? The latest scientific assessments on the state of Earth’s climate and biodiversity provide robust evidence.

The latest and most damning report on the state of the global commons, published in May, revealed that our rapacious appetite for resources threatens one million of the estimated nine million species on the planet with extinction.

Written by 145 experts from 50 countries, the report of the Intergovernmental Science-Policy Platform on Biodiversity and Ecosystem Services (IPBES) showed that we are ripping apart the very fabric of Earth’s life support system – and with it, the foundation of our economies and our well-being.

The report’s authors scoured 15,000 research papers and reports to conclude that human activity has “significantly altered” 75 per cent of land and 66 per cent of oceans, mainly through food production. Crops and livestock draw 75 per cent of available freshwater resources and drive about 25 per cent of the emissions of greenhouse gases – through, for example, fertiliser use, forest clearing and beef production. Since 1900, the average abundance of native plants, animals and insects has fallen by at least 20 per cent in most major ecosystems.

This assessment now stands alongside the major 1.5 °C report last year by the Intergovernmental Panel on Climate Change (IPCC) providing the scientific evidence that global warming in excess of 1.5 °C above pre-industrial levels will undermine life support systems for humanity. Indeed, the connections between biodiversity loss and climate change could not be clearer. If the world warms by 2 °C, the authors conclude, one in 20 species will be threatened with extinction.

The Earth has already warmed by more than 1 °C. The 2 °C threshold is likely to be breached in just decades unless dramatic action is taken.

The problem is that if we exceed 2 °C warming, there is a rising risk of triggering self-reinforced warming from ecosystems across the world, which could push temperatures inexorably well beyond 2 °C even if emissions reduce dramatically.

We risk reaching catastrophic warming levels of 4 °C or beyond, which in the conservative estimate of the biodiversity assessment would lead to a devastating 16 per cent of life on Earth being threatened with extinction. Given the current state of nations’ action on greenhouse gases, this scenario is looking increasingly likely.

Despair and eco-anxiety are reasonable responses to this emergency. But they will not solve it. We need to turn such energy to action.

Are the grave risks we now take with the stability of the global commons, as some suggest, acceptable trade-offs for economic development? Of course not. While scientists have been shouting for decades, we are now seeing a significant shift in the public mood towards refusing to accept them.

Our young people are the ones to shout the loudest. Swedish student Greta Thunberg and other young biosphere stewards have been the most vociferous critics of political inaction. In an emotionally charged speech in April, she told EU leaders that they must act now on both climate change and ecological destruction.

She is not alone. An EU poll out this month showed that just 6pc of respondents believed economic development should take precedence over damaging nature. In May, following the biodiversity assessment, the UK Parliament declared a climate and nature emergency. Ireland quickly followed suit, with other countries not far behind. This could become a remarkable and essential social tipping point.

So are these ecosystem risks necessary trade-offs  for economic development? Again, of course not. Economic growth is both possible and desirable within planetary boundaries. Who would choose a polluted city over a clean city? Obesity over a healthy diet? Degraded land over rich, fertile soils? Or a thriving ocean over a dead zone?

Economic development and ecological diversity are both essential for our well-being. The UK Committee on Climate Change has provided substantial evidence that reducing greenhouse gas emissions by 100 per cent to become carbon-neutral in 2050 will probably not cost more than the existing, decade-long policy of cutting them by 80 per cent by that date.

What can be done? We need three major steps to move from incremental to exponential action.

First, the scientific community needs urgently to explore targets and set scientific boundaries for the entire Earth system, beyond those set to combat climate change. As part of a new global commons alliance, the first Earth Commission, to be announced later this year, will do just that.

Second, we need to go beyond GDP as a measure of economic and social wellbeing. All countries should follow the lead of countries such as Bhutan and now New Zealand and publish well-being budgets to eventually replace budgets slavishly following GDP.

And, finally, we need to take full advantage of 2020, a super-year for international policy on the environment, with three big milestones in the journey to build global co-operation. The UN Convention on Biological Diversity will meet to agree new targets. On climate, nations must submit more ambitious targets for the Paris agreement. And a UNocean summit may reshape marine policy for the next generation.

This leads to an intriguing possibility. In 2020, the UN will be 75 years old. Following the lead of the UK and Ireland, is it now time for the UN to declare a climate and nature emergency?

The next decade must bring the fastest economic transition in history to prosperity that protects the planet. This is necessary, achievable and desirable. But the work must start now.