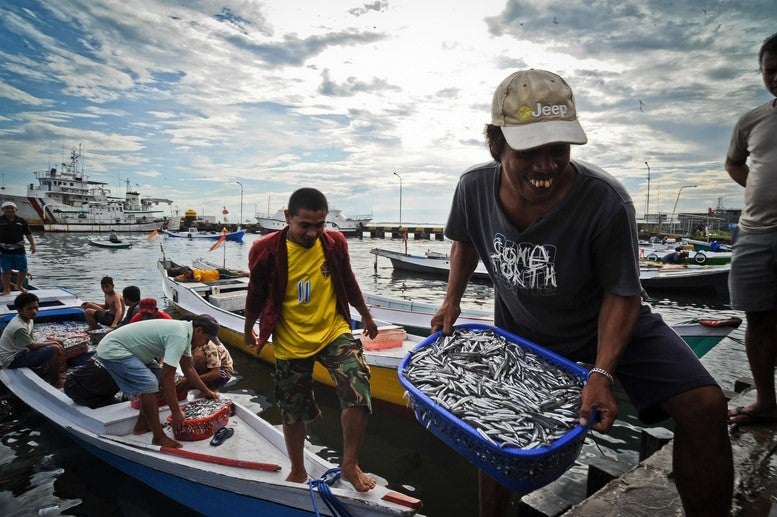 Many coastal communities in Indonesia depend on marine resources for their livelihood. Overfishing and destructive fishing methods used by both large-scale and small-scale fishermen have threatened coral reefs, impacting the sustainability of coastal and marine resources. In coastal areas where poverty is prevalent, fish catch has declined and is often not enough to feed families.

The Coral Reef Rehabilitation and Management Project (Coremap) helps restore coral reefs in the country while improving livelihoods of local communities. It is active in 358 coastal communities across Indonesia, helping families who are highly dependent on small-scale reef fishing preserve coral reefs and find alternative sources of income.

The Global Environment Facility (GEF) provided a $13 million grant that leveraged $14 million in co-financing for Coremap, in order to encourage and mobilize communities to help protect, rehabilitate and manage mangroves and coral reefs, which serve as nursery grounds for the marine biodiversity they depend on.

Coremap faced the challenge that locals’ earnings from fishing were not enough to meet basic needs; but in addition, they used destructive and illegal fishing methods such as cyanide and explosives to increase fish catches.

“Fishermen here used dynamite to catch fish,” said Hendriawan, a fisherman himself. “They don’t do it anymore because they are now aware about the dangers of damaging the coral reefs.”

Coremap has increased awareness and behavior change toward coral reef conservation among fishing communities in Indonesia, helping them realize the importance of managing their marine resources so that their future livelihood will be ensured for generations to come.

“We have to conserve the coral reefs because if not, the fish will be gone. It is also a breeding ground for fish so it has to be protected,” said Yusran, chairman of a group of fisherfolks called Bawal Putih in the seaside village of Malang Rapat, in Bintan’s Gunung Kijang District. 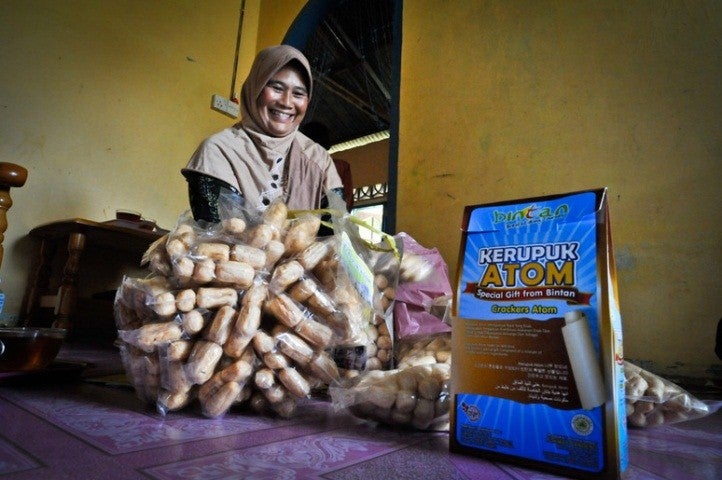 Alternative income-generating activities, like food products made from fish, were introduced in coastal communities. (Photo from: ADB Photo Library)

Coremap has also changed the local economy. By providing revolving funds and training for business operations, they have enabled many local communities to diversify their livelihood sources.

“To reduce the pressure on marine resources, it is crucial that alternative forms of livelihood are promoted among coastal communities,” said Ulia Fachmi, the head of the conservation and rehabilitation division of the Ministry of Marine Affairs and Fisheries office in Riau Islands Province.

Ermiyati, a 46-year-old teacher, and her family make kerupuk atom. This is a type of Indonesian fish cracker which a Malaysian distributor buys from them to export to various markets abroad. She purchased equipment to boost her family’s productivity and income with a $600 loan funded by Coremap.

“The women in our village have long wanted to start small businesses, but we didn’t know how. Now, we have learned new skills on how to start a home business,” said Hanarfah, who runs a food product business.

Realizing that their new source of income greatly depends on the coral reefs, community members now feel a greater urgency to protect them.

Coremap’s third phase, which started in February 2014, will scale up support for the alternative livelihoods. Under this phase, support will include the production of infrastructure and market access to increase sales of products and services made by the community members.