Creating a future for healthy forests in Bhutan 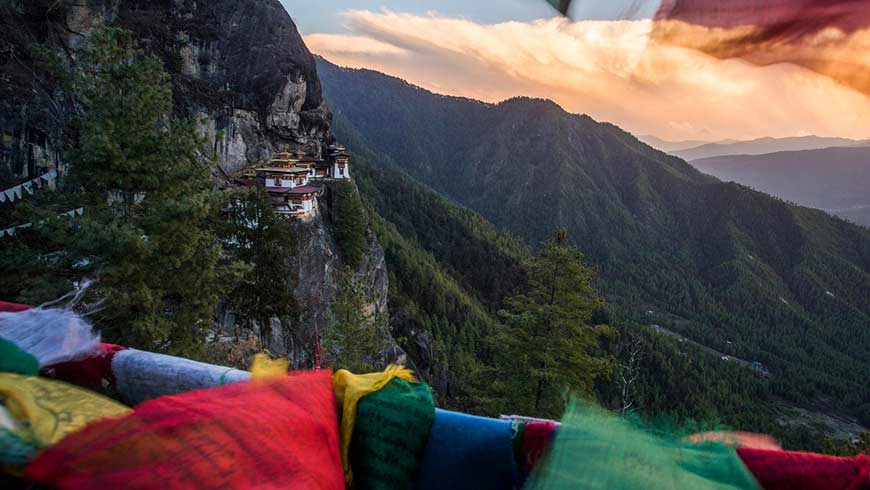 Bhutan is the only country in the world to commit to remaining carbon neutral, meaning it absorbs as much carbon dioxide as it emits into the atmosphere.

It is a small country in the distant Himalayas, known for being one of the happiest places on Earth. But Bhutan also is one of the most important players in the global fight against climate change.

Bhutan’s ranking in this regard is due to it being the only country in the world to commit to remaining carbon neutral, meaning it absorbs as much carbon dioxide as it emits into the atmosphere.

And now Bhutan has a great means for bringing that commitment to life—long-term funding to ensure its protected areas, which cover half of the country, are properly managed forever. It is the first initiative of its kind in Asia and one of only a few in the world.

Most protected areas around the globe are not well-managed, mainly because of lack of funding to do so. But when parks, wildlife refuges and other protected areas are well-managed, the forests in them are healthy. And when forests are healthy, the trees and other vegetation in them can absorb carbon dioxide (and benefit people and wildlife in many other ways). When forests are not healthy—for example, when they are deforested or degraded—they emit more carbon dioxide into the air than all cars, trucks, trains, planes, and ships in the world.

The permanent funding is the result of a Royal Government of Bhutan and WWF-led initiative called Bhutan for Life (BFL). At the heart of BFL is a $43 million fund for properly managing the country’s 5-million-acre network of protected areas, as well as a commitment from the government of Bhutan to contribute $75 million to the fund over the first 14 years and come up with a permanent source of funding for protected areas beyond the 14-year period. Today, a major milestone related to BFL was reached: the commitment by the Royal Government of Bhutan, WWF and donors from around the world to create the initial fund.

BFL taps into an innovative financial approach, Project Finance for Permanence (PFP), which WWF, national governments and our partners have used in three countries. The largest PFP initiative is in Brazil, where there is now a $215 million fund to permanently protect 150 million acres of the Amazon.

With BFL funds—which will come from the Green Climate Fund, Global Environment Facility and private donors—Bhutan will be able to take a variety of steps related to its protected areas. It will train communities in sustainable and climate-resilient nature-based enterprises, as well as how to manage forests responsibly, in part so the trees can absorb carbon dioxide; conduct scientific inventories of the forests to see if they are healthy; provide solar panels and biogas stoves to communities (an alternative to burning wood to heat and cook, which emits a lot of carbon dioxide into the air); and more.

These measures will help ensure that the country’s forests are healthy and that Bhutan can remain carbon neutral, or even carbon negative: right now, Bhutan’s forests absorb nearly three times more carbon dioxide than the country emits every year.

They, too, will help ensure that forest wildlife life Bengal tigers, snow leopards, Asian elephants, and nearly 200 other mammal species—along with birds like black-necked cranes and white bellied herons—can thrive in their natural habitat.

And that people can have clean drinking water, as Bhutan’s rivers are part of a network of rivers in the region that provides water for one-fifth of the world’s population. Healthy forests also create ecotourism, agriculture, and other sustainable economic development opportunities for the 70% of Bhutan’s population that lives in rural areas.

The end result? Bhutan’s natural landscape is the foundation—for years to come—for healthy and vibrant lives.

And Bhutan becomes a model for global change.

This article was originally published by WWF.