The importance of water sustainability 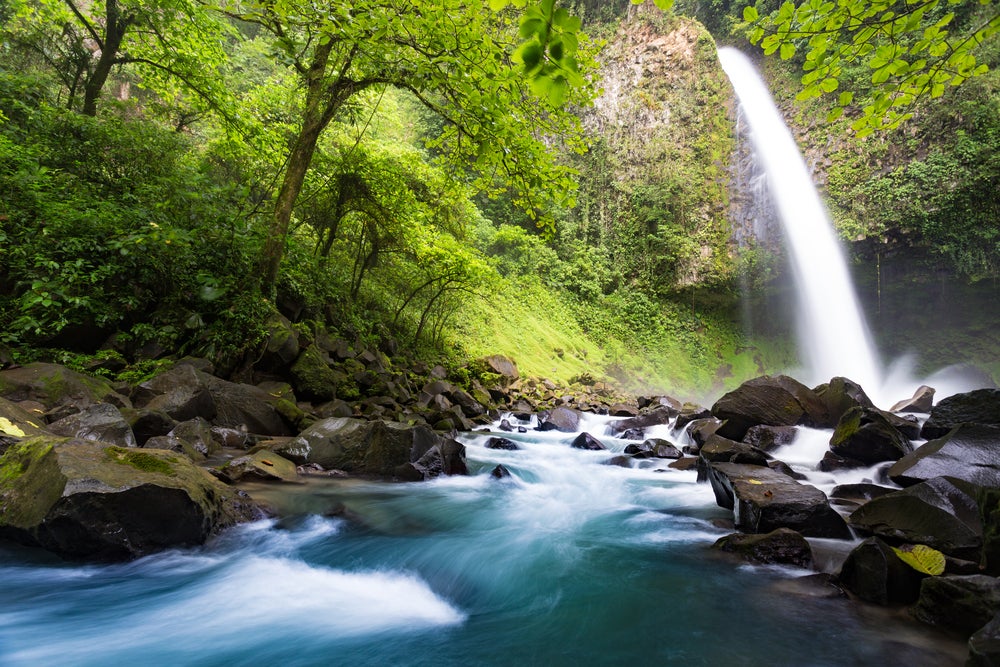 2015 marks the end of a decade of action by the UN on promoting water and sanitation issue, a campaign which has seen an improvement in awareness of the threat that water sustainability poses both to sustainable development and political security. Water sustainability is, therefore, at the core of GEF strategy till 2020. Failure to address unsustainable use of water now will mean greater struggles in the future to achieve goals in a myriad of other areas. Photo: Jiri Stoklaska/Shutterstock

Water is the largest natural resource but only 3% of it is freshwater, of which just 1/3 is accessible for use in agriculture and cities. The rest is frozen in glaciers or hidden too deep underground.

Today, the main water source for over 2 billion people are aquifers – underground stores of freshwater. As income levels have risen globally, so has the demand for water-intensive goods such as manufactured, meat, and dairy products, stressing global freshwater resources.

Such increase in global freshwater consumption has led to the depletion of over half of the world’s largest aquifers, and is a problem that will likely deteriorate as demand grows. At this pace, available freshwater reserves needed to ensure basic water, food, and energy security are predicted to drop by 40%.

As the world warms, climate change can threaten ecosystems and environments that protect vital water resources, limiting access to them even more.

Water in a changing climate

It is uncertain how climate change will affect rainfall patterns. However, the direction of change and current impacts are largely known.

From lengthy droughts in California to floods that rocked South-East Asia at the end of last year, water is at the heart of natural disasters that occur more frequently as the climate changes.

“We have a basis for making policy and investment decisions now,” said Knut Roland Sundstrom, Climate Change Specialist for the GEF. “In the near term, we can prepare by investing in water harvesting and storage infrastructure. Mechanisms such as the GEF-managed Least Developed Countries Fund and Special Climate Change Funds can help fill some of these investment gaps.”

The agricultural sector guzzles 70% of the world’s annual water consumption, and it will be one of the first to feel the strain as demand supersedes water capacity.

“We are already seeing groundwater depletion in many areas,” highlighted Sundstrom. “Where there isn’t sufficient capacity to meet demands, we will see production decrease, which will directly affect farmers’ income and food security.”

Making modern agriculture less water intensive is a global task that the GEF is working to fulfil through:

The nexus approach is at the core of the GEF’s current four-year strategy that addresses water usage and waste at the ecosystem level across agriculture, energy, and urban environment.

According to the 2014 Nature Conservancy study, one in four large cities is water stressed.

Every day, cities across the world move 504 billion liters of water across 27,000 km to hydrate their populations and industries. For this purpose, watersheds are outstretched beyond their physical footprint.

Lima, according to the World Bank data, is the second biggest city in the world built in a desert. Here, the disproportionate growth of urban zones means that basic services are not readily available, and use of limited water resources is not efficient.

For Bogota, the Colombian capital, future water supply for its 7 million residents depends on the sustainable management of high-mountain wetlands and ecosystems in the Chingaza-Sumapaz-Guerrero corridor. These wetlands are far upstream from the urban zone and vulnerable to climate change. To preserve them, the GEF, through the Special Climate Change Fund, is helping national and municipal authorities take early action to adapt to the global warming effects on local water supplies.

Water sustainability in the future

2015 marks the end of a decade of action by the UN on promoting water and sanitation issue, a campaign which has seen an improvement in awareness of the threat that water sustainability poses both to sustainable development and political security.

Water sustainability is, therefore, at the core of GEF strategy until 2020. Failure to address unsustainable use of water now will mean greater struggles in the future to achieve goals in a myriad of other areas.

The A to Z of the GEF

The GEF and the Sustainable Development Goals