Losing ground in a warmer world 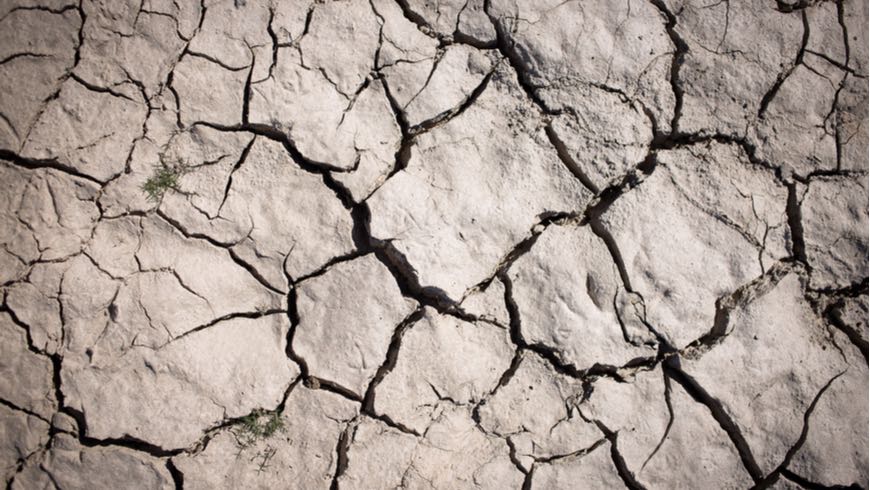 At present all the potential drivers of land degradation and water scarcity seem to continue unchecked, and climate change will only exacerbate them in coming decades.

Two global commons resources, fertile land and water, will be critical as the world’s population increases. Having crossed 7 billion in 2010 – rising from about 3.7 billion 40 years earlier – the number of people is likely to rise to 9-10 billion by 2050. This presents a big challenge: can the world feed so many and provide them fresh water?

These resources are characterised by land degradation and water shortages. According to the United Nations, nearly 6bn hectares (14.8 acres) of global fertile land – two thirds of the total – is subject to different levels of degradation, most of it irreversible. This could potentially contribute to long term reductions in soil fertility and water-holding capacity, leading to declines in crop production, especially in the developing world.

The water crisis is already around us. Large parts of the world, particularly in developing countries, are already facing it in a severe form. It is common to hear of potential “water wars” within and between countries. Nearly 80% of the global population is estimated to live in areas with high water security threats, with 3.5 billion people facing the most severe category of them. If current land and water management practices continue, the land degradation and water crisis will accelerate.

Climate change will intensify existing difficulties in sustaining food production and providing fresh water to a growing population. The Intergovernmental Panel on Climate Change has concluded that it will worsen land degradation – most severely in the arid and semi-arid regions of the developing world. It will also impact both surface water availability and groundwater resources, through changes in rainfall pattern and warming, contributing to increased evapo-transpiration and run-off – which may, in turn, lead to additional demand for water for crops.

Globally, the area of land used for agriculture increased from about 1,372m hectares in 1960 to around 1,600m in 2012, and the Food and Agriculture Organisation (FAO), expects the demand for cropland to reach 1,660m hectares by 2050. The rate of increase in developing countries is significantly higher, from about 693m to 968m hectares between 1960 and 2012. Thus, even in the absence of climate change, large-scale conversion of forest and grassland is projected for the coming decades.

The FAO says that, though there has generally been an increasing trend in crop productivity over recent decades, the average annual growth rate in crop yields is declining and is projected to fall even further by 2030, even without the impact of climate change. Also, as is well-known, changes in diet patterns – with economic development and increasing incomes, especially in the developing world – are likely to increase demand for land- and water-intensive food products such as meat, milk and sugar.

The changing climate could lead to significant changes in land use patterns, increasing the amount required to produce cereals, fruits, vegetables, dairy products and meat both directly and indirectly. Land degradation, water stress, incidence of pests and diseases – all expected to be exacerbated with climate change – will lead to reductions in crop yields, potentially requiring agriculture to expand into such global commons as forests and grasslands. And the expansion of biofuel crops – such as oil palm, jatropa, sugarcane and maize – as substitutes for fossil fuels, as a mitigation option, can also lead to large-scale conversion of these global commons. Meanwhile, forest fires, which have already reached crisis proportion in all the continents, will be exacerbated by warming and drought.

Reversing these trends will be a challenge. The Paris Agreement is unlikely to make any significant impact on any of the pressures on global land and water resources.

Research is needed to develop climate resilient crop production and water management systems, which must then be disseminated on a large-scale, especially in the developing world. There may also be a need to change diet patterns, from land- and water-intensive products, to more healthy whole grains, fruits, vegetables and fish.

At present all the potential drivers of land degradation and water scarcity seem to continue unchecked, and climate change will only exacerbate them in coming decades. The global commons of land, water and biodiversity are threatened and we need a radical new approach to save them.