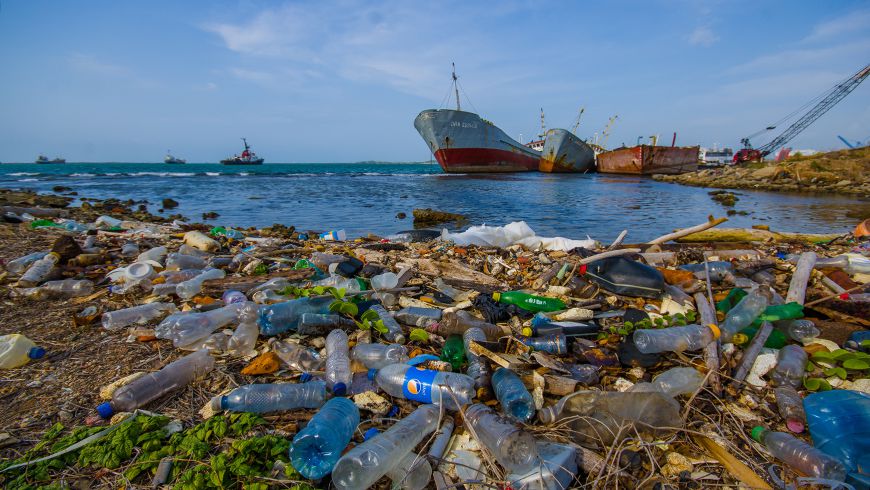 At the World Ocean Summit 2017 in Bali, Indonesia, numerous organizations convened to launch initiatives to address marine pollution and other human-induced degradation of the world's oceans.

The transition from a conventional economy in the ocean to a “blue” or sustainable economy could be a tremendous economic and investment opportunity, if done right, according to the Economist, organisers of the World Ocean Summit 2017 in Bali.

The Summit, which gathered global leaders from government, industry, multilateral organisations, the scientific community and civil society, sought “to bring a critical eye to the vital issue of how to finance a sustainable ocean economy.”

“The ocean is everyone's business, providing huge investment opportunities to promote sustainability,” said Naoko Ishii, CEO and Chairperson of the Global Environment Facility (GEF) during a high-level panel on financing.

Speaking on the sidelines of the Summit, Ishii said, “We cannot secure our oceans’ future without the active involvement of the private sector, and it’s critical that new business opportunities and financing address major threats like over-fishing and pollution in a sustainable manner.  From coastal fisheries and conservation funds to combating plastic pollution, the GEF is investing in a blue economy that delivers both environmental protection and jobs.”

Expanding on GEF’s investments in Indonesia, Ishii said “Indonesia is one of the largest recipients of GEF-funded ocean projects in the world.  We’re proud to be part of new initiatives like the Meloy Fund for sustainable fisheries and the Blue Abadi Fund that will help protect Indonesia’s vast marine resources, the foundation for livelihoods of millions of people and home to some of the most diverse marine life on the planet.”

The Meloy Fund and the Blue Abadi Fund were among a number of important actions and new initiatives on oceans protection highlighted at the Summit which ran from February 22-24, 2017.

On the opening day, Ocean Unite launched a new initiative - The Ocean is Everybody’s Business - calling upon the public, businesses and governments to make the Ocean their business and ensure its ‘voice’ is heard. See the film.

The same day, UN Environment launched a new global campaign to eliminate major sources of marine litter: microplastics in cosmetics and the excessive, wasteful usage of single-use plastic by the year 2022.

The #CleanSeas campaign is urging governments to pass plastic reduction policies; targeting industry to minimize plastic packaging and redesign products; and calling on consumers to change their throwaway habits – before irreversible damage is done to our seas.

Welcoming the new campaign, Naoko Ishii said, “It will take action on many fronts to deal with the growing menace of marine pollution. To help eliminate plastics in the oceans, the GEF, in collaboration with UN Environment will invest $2 million dollars to support the efforts of the Ocean Conservancy’s Trash Free Seas Alliance to prevent plastic from leaking into the oceans. The GEF investment, focused on APEC member economies, will also support the efforts of the Ellen MacArthur foundation’s New Plastics Economy initiative to move the entire plastics supply chain toward a circular economy.”

The Ocean Summit, which was attended by a number of investors, also highlighted innovative finance as an essential component of the transition to the blue economy.   As part of this dialogue, the GEF supported Seychelles Blue Bond won the Summit’s Ocean Innovation Challenge award. The Blue Bond, the first of its kind, aims to create a replicable and scalable model for other countries and regions interested in innovative finance for sustainable development initiatives.

What is marine debris?