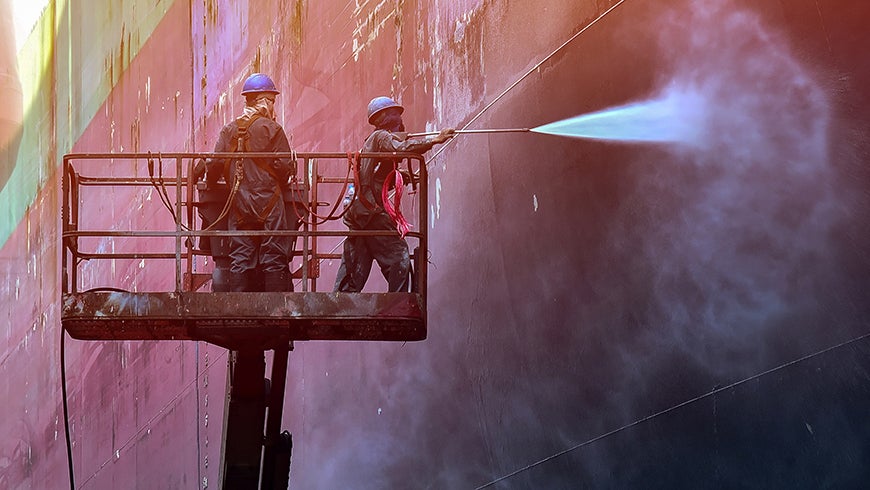 The transfer of Invasive Aquatic Species (IAS) through biofouling is a global environmental problem which requires intervention at multiple levels.

Oceans cover 70% of our planet’s surface. Nearly 50% of the world’s population live in coastal areas and the need to protect marine environments transcends individual communities, ecosystems, or nations.

Global shipping is an industry that can make substantial contributions to maintaining ocean health.

The world’s commercial shipping fleet consists of approximately 93,000 vessels and is responsible for over 80% of global trade.

Unfortunately, in addition to transferring goods between countries, ships can also be a pathway for the transfer and introduction of aquatic organisms into new environments.

The transfer of Invasive Aquatic Species (IAS) through biofouling is a global environmental problem which requires intervention at multiple levels.

Biofouling is described as the undesirable accumulation of microorganisms, algae, plants, and animals on submerged structures - particularly ships’ hulls. Biofouling often leads to the introduction of IAS into new areas and is considered to be one of the greatest threats to the world’s freshwater, coastal, and marine environments.

A multitude of marine species may survive transit and go on to establish a reproductive population in new host environments, becoming invasive, out-competing native species, and multiplying into harmful proportions.

The introduction of invasive aquatic organisms into new marine environments not only affects biodiversity and ecosystem health, but also has measurable negative effects on a number of economic sectors such as fisheries, aquaculture, and tourism.

Biofouling has significant production impacts in the aquaculture industry, such as physical damage of stock, biological competition and infrastructure damage - consistently estimated between 5-10% of production costs, equivalent to USD 1.5 to 3 billion per year globally.

Biofouling can also substantially reduce the operational energy efficiency of a ship - by as much as 10-20% - leading to increases in greenhouse gas emissions. So biofouling solutions can make significant contributions to climate change mitigation.

Addressing invasive aquatic species is not just a matter of ensuring the health and integrity of marine ecosystems - ultimately it is about safeguarding ecosystem services that sustain the livelihoods of coastal communities across the globe. 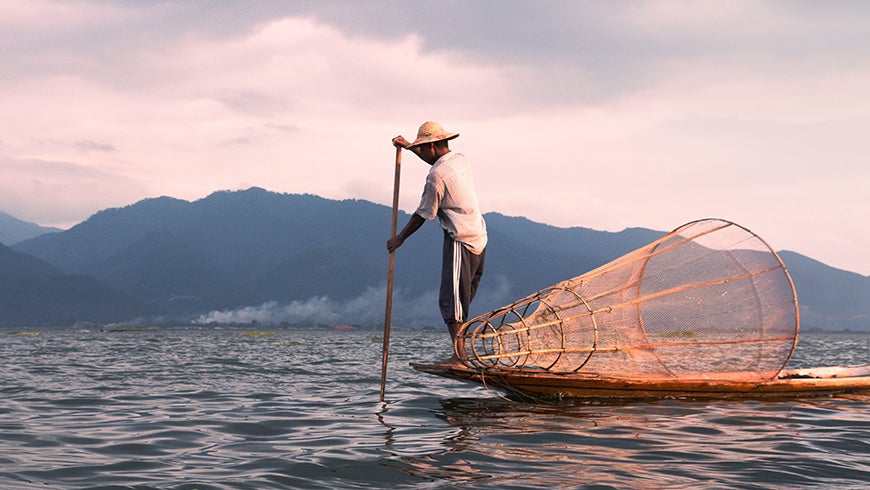 Because of its technical, scientific, environmental, and economic implications, the biofouling issue is one of the most complex ecosystem degradation threats faced by countries and marine ecosystems.

In direct response, an exciting project, the first-ever globally co-ordinated effort to address biofouling from all marine sectors - Building Partnerships to Assist Developing Countries to Minimize the Impacts from Aquatic Biofouling (GloFouling Partnerships) - kicked off in March 2019.

Financed by the Global Environment Facility (GEF), and supported by UNDP, the International Maritime Organization (IMO)-executed GloFouling Partnerships project will address bioinvasions by organisms which can build up on ships’ hulls and other mobile marine structures.

Through a planned ‘Global Industry Alliance’ (GIA), the project will also work closely with shipping and other maritime industries to identify and test biofouling solutions and technologies, catalysing research and development, sharing ideas and best practices, and promoting ‘win/win’ solutions for a sustainable blue economy.

Working together to protect the world's oceans

Some of the next steps expected from the GloFouling project include inaugurating national task forces in the 12 participating countries and launching the GIA as a vehicle for enhanced partnership between the public sector and the maritime industry, as well as the alignment of public, NGO, and commercial activities towards common goals identified by the project.

While a number of activities and sectors contribute to greenhouse gas (GHG) emissions, the dominant contributor is energy consumption via the combustion of fossil fuels (oil, gas, coal), which represents about 65% of global GHG emissions. About a fifth of these emissions (or 14% of global emissions) come from the transport sector (road, rail, air, and maritime).

One important measure to increase the energy efficiency of ships and therefore to reduce CO2 emissions from international shipping is by decreasing the hull roughness associated with biofouling. Without remediation, this roughness increases ships’ frictional resistance and, ultimately, fuel consumption and total GHG emissions.

The solutions advocated by the GloFouling project (for example, more effective hull maintenance, reduced fouling rates due to use of advanced hull coatings and timely propeller polishing) have the potential to reduce drag and energy consumption by ships, contributing to a reduction of GHG emissions of anything between 5 to 23%.

Even if a relatively small proportion of these potential emission reductions is achieved, this contribution to reduced GHG emissions by the shipping sector will still represent a significant environmental benefit that will play an important part in climate change mitigation.

UNDP, GEF, IMO, IOC-UNESCO, the World Ocean Council and many other partners are working together to protect biodiversity and address climate change by providing technical assistance, policy advice, and governance support to developing countries through the GloFouling project.

The GloFouling project will yield numerous development benefits across multiple Sustainable Development Goals (SDGs), by working to conserve and sustainably use the oceans, seas, and marine resources for sustainable development (SDG 14), as well as by taking  action to combat climate change and its impacts (SDG 13).

This story was originally published on Exposure by UNDP Ecosystems and Biodiversity.

For more information on the project, please visit here.