Warming weather could reduce the nutritional value of rice 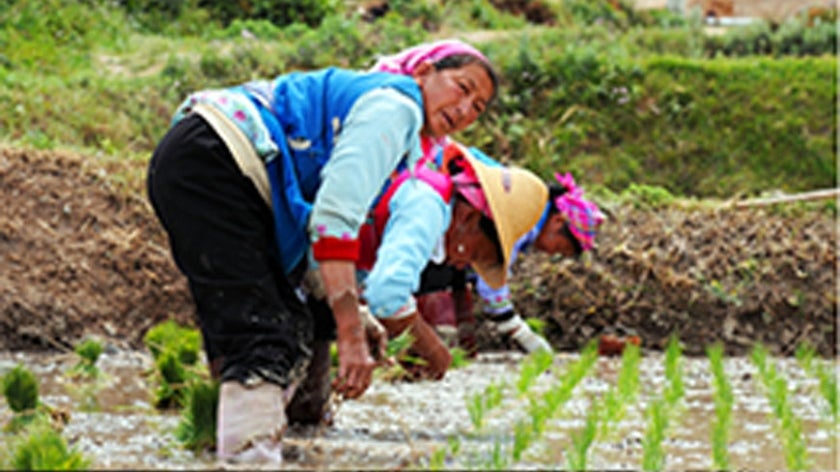 Hundreds of millions of people in Asia rely on rice not only as a staple but as their main source of nutrition. But new research suggests the rice they eat will become less nutritious due to rising carbon dioxide levels in the atmosphere.

The research involved exposing experimental rice fields in China and Japan to the same elevated levels of carbon dioxide that are expected to occur worldwide later this century.

What did the study find?

The scientists found that the chemical composition of a plant depends on the balance of the carbon dioxide it takes in from the air and the nutrients it absorbs from the soil. Upset this balance, and the plant can change in unexpected ways.

“A strong correlation between the impacts of elevated CO2 on vitamin content based on the molecular fraction of nitrogen within the vitamin was observed,” says the study.

“Potential health risks associated with anticipated CO2-induced deficits of protein, minerals, and vitamins in rice were correlated to the lowest overall gross domestic product per capita for the highest rice-consuming countries, suggesting potential consequences for a global population of approximately 600 million,” it concludes.

“While these CO2 enrichment experiments do indicate the threat climate change poses to nutrition security, rice breeding programmes across the world all breed and select under conditions of increasing CO2 and many are cognizant of the need to maintain and increase nutrient concentration in newly released rice varieties,” says Oliver Frith, Head of Business Development at the International Rice Research Institute.

Rice is the primary food source for 3.5 billion people, and production will need to increase significantly by 2050 to meet global demand. One challenge is the likely scarcity of water for rice production due to competing demands for water, environmental degradation and the effects of climate change.

Another conundrum for policymakers is that rice also accounts for 9-11 per cent of global emissions of methane, a potent greenhouse gas. This could be significant, given that for every one billion people added to the global population, an additional 100 million tons of rice needs to be produced every year.

Atmospheric methane (CH4) is recognized as one of the most important greenhouse gases and may account for 20 per cent of anticipated global warming.

“We know that higher concentrations of atmospheric CO2 can lead to significant reductions in the amount of zinc, iron and protein in staple crops like rice,” says Montira Pongsiri, former Commissioner of the Rockefeller Foundation-LancetCommission on Planetary Health. “Particularly in Asia-Pacific, this has important implications for nutritional security – in fact, this is a nutritional insecurity issue for Asia-Pacific communities.”

“The programme builds on the efforts of the Sustainable Rice Platform – hosted by UN Environment, and its 87 institutional members to work with governments and value chain actors at landscape level to drive adoption of proven climate-smart best practices and innovative technologies to reduce the environment footprint of the sector, as well as to benefit farmers’ welfare,” says UN Environment ecosystems expert Max Zieren.

The above partners will host a side event during the GEF Assembly in Da Nang, Viet Nam, on 25 June to introduce this new multi-stakeholder initiative. 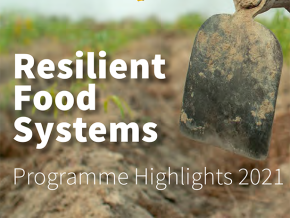