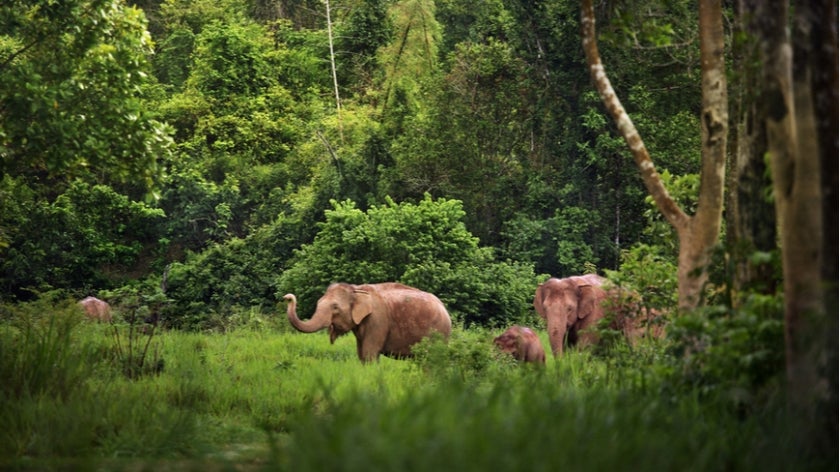 Half of the world's gross domestic product depends on nature, and so is at risk from its loss – which it will take “a complete transformation of our economic and financial system" to reverse – the World Conservation Congress learned this month. And such a transformation can only be brought about by partnerships between business, finance, governments, civil society, and people of all ages.

This was brought home to the Congress – held by the International Union for Conservation of Nature in Marseilles – by an 11-year-old who has partnered with one of the world's leading private companies.

Kate Gillman Williams told a session sponsored by the Global Environment Facility how she and Microsoft had together launched a project to help young people learn about environmental crises.

“If you wait for my generation to be in college before you involve us, it will simply be too late,” she told delegates. “Animals are going extinct. Fires are blazing. Oceans are rising. My generation has a big mess to clean up, but with your help – and strategic partnerships that link generations – we can join together and show the world that advocacy has no age limit.”

At age eight, she wrote a book and gave all the royalties from it to conservation charities. At age ten, she launched a company, Kids Can Save Animals, with a website showing how the young can help conserve wildlife.

Then she joined with Sarah Maston, Senior Program Manager at Microsoft, to create Club 15, which uses the company's expertise to give “kids and teens direct access to world renowned technologists, conservationists, and scientists, to teach us what they know and invite us to be part of the solution.” She continued: “Imagine what an army of kids and teens could do with the right tools, the right access, and the right partners.”

Maston spoke at the same session about how she and colleagues had partnered with the GEF's Small Grants Programme to join their skills in designing systems to help with projects. This, in turn, led to their producing a Project 15 Open Platform. This project aims to bring the latest Microsoft Cloud and Internet of Things technologies to accelerate scientific teams building diverse solutions. These range from observing and tracking species, to preventing poaching, monitoring ecosystems, and detecting pollution.

She added that it took at least a dozen companies to make technological solutions, so “to think that an NGO needs to go it alone is almost horrifying.”

Carlos Manuel Rodriguez, the GEF's CEO and Chairperson, said that “nature is the most efficient technology” in existence and that it was important to “recognize that protecting and restoring it can be a fast, cost-effective way to deal with global challenges like climate change and the loss of biodiversity.”

Maelle Pelisson, Director of Advocacy at Business for Nature, said: “There is a growing understanding in the business community that there will not be any economic activity on a dead planet. Businesses are starting to realize they have a critical role to play in reversing nature loss. But it is still not enough and businesses cannot succeed in isolation.” Governments needed to be more ambitious, creating a positive feedback loop between policy ambition and business action, she continued. Green finance needed to be increased, and harmful subsidies eliminated. Governments should stop incentivizing the overexploitation of nature and instead reward positive outcomes.

Bernard Giraud, President of the Livelihoods Venture - which invests long-term in agriculture, reforestation, and ecosystem restoration – seeking to link communities' livelihoods with nature-based solutions – said partnerships were needed because no-one could solve such complex issues alone.

He added: “Public private partnerships make sense, because public finance may push the private sector to increase their impact while, on the other hand, the private sector takes risk and brings more than money. It brings expertise and connection to market. And, in doing so and in partnering with NGOs and the public sector, it transforms itself.”

Ben Valk, Global Lead, Food and Agri Partnerships at Rabobank called these loans a “wonderful instrument” for the way they charged lower interest to borrowers who met agreed environmental targets but increased it for those who did not.

Gael Giraud, Director of Georgetown University's Environmental Justice Program, advocated that agroecological principles should be incorporated in food production while safeguarding biodiversity. And Joan Larrea, CEO of Convergence, said that the world needed to start thinking of biodiversity as “an asset we all collectively own.” 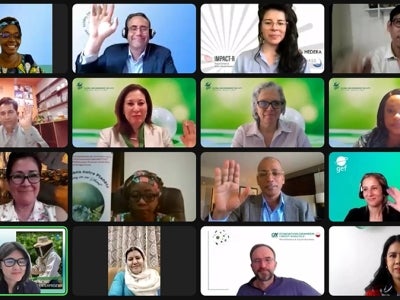 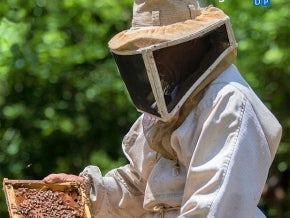