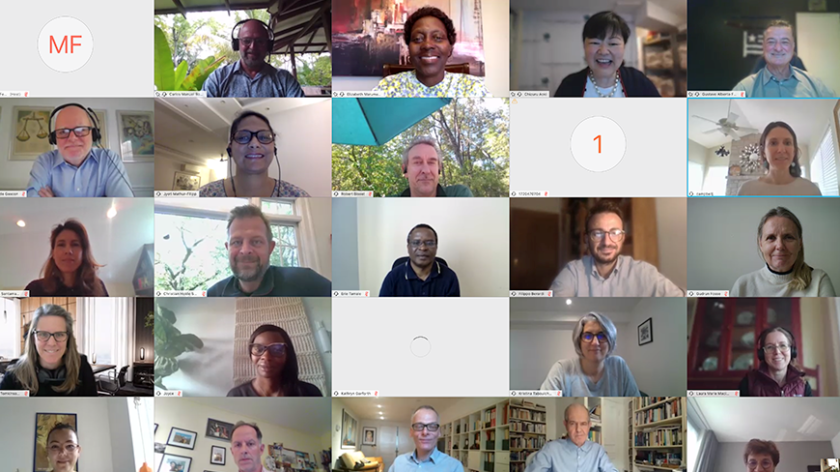 Screenshot of Webex meeting with CBD and GEF secretariats

Under the leadership of its new CEO and Chairperson Carlos Manuel Rodriguez, the Global Environment Facility has renewed its engagement with UN environmental conventions to share strategic priorities and enhance the GEF’s support for major landmark agreements on biodiversity, climate change, chemicals, land use, and more.

Partnership is at the heart of the GEF’s approach and impact, and alignment on efforts to address biodiversity, climate change, land degradation, mercury, persistent organic pollutants, international waters, and other issues are essential to ensure concerted, effective action on these overlapping environmental priorities in 2021 and beyond.

“The 59th GEF Council will include an important dialogue with our colleagues in the multilateral environment conventions that the GEF serves,” Rodriguez said ahead of the governing body meetings, which will take place virtually on account of the coronavirus pandemic.

“I’ve had the pleasure in recent weeks to exchange ideas and plans with my counterparts and colleagues from multiple conventions, and feel very optimistic about the work we can do together,” he said. “We have incredibly important tasks ahead: to support ambitious outcomes from international negotiations on biodiversity, on climate change, on land use, and on chemicals. Achieving lasting results in these and other areas will depend on our working closely, collaboratively, and creatively together, and continuing to build on our strong relationships toward these goals.”

Following is a snapshot of the conventions working to advance action toward global environmental targets in alliance with the GEF Secretariat. For a detailed look at recent engagement with and between these and other partners, please read the full report to the GEF Council.

The UN Convention on Biological Diversity (CBD) is an international treaty seeking to address all threats to biodiversity and ecosystem services, including from climate change. It spans the conservation and sustainable use of biodiversity, and the access to genetic resources and the fair and equitable sharing of benefits derived from their use. The Convention on Biological Diversity was adopted in 1992 and entered into force in 1993. Two additional agreements, the Cartagena Protocol on Biosafety and the Nagoya Protocol on Access and Benefit Sharing, were agreed in 2003 and 2014 respectively as supplementary agreements to the convention. At the 15th meeting of the Conference of the Parties, scheduled to occur in 2021, the CBD aims to adopt a post-2020 global biodiversity framework, following the Strategic Plan for Biodiversity 2011-2020 and associated Aichi Biodiversity Targets.

GEF Role: The Global Environment Facility is the financial mechanism of the CBD, and plays a key role in supporting countries’ implementation of the Strategic Plan for Biodiversity and the new post-2020 global biodiversity framework. Funding from the GEF helps ensure that national actions translate to global benefits related to biodiversity.

The UN Framework Convention on Climate Change (UNFCCC) is the United Nations entity tasked with supporting the global response to the threat of climate change. It is the parent of the 2015 Paris Agreement, and the 1997 Kyoto Protocol, both of which aim to stabilize greenhouse gas concentrations in the atmosphere at a level that will prevent dangerous human interference with the climate system, in a time frame which allows ecosystems to adapt naturally and enables sustainable development. The UNFCCC secretariat was established in 1992.

GEF Role: The Global Environment Facility is an operating entity of the UNFCCC’s financial mechanism. Additionally, parties to the UNFCCC have established two funds managed by the GEF: the Special Climate Change Fund and Least Developed Countries Fund. The Paris Agreement decided that the GEF, the LDCF, and SCCF shall serve the Paris Agreement, with the Green Climate Fund. The GEF also provides interim secretariat services for the Adaptation Fund Board. The Adaptation Fund started serving the Paris Agreement in 2019. A summary of recent discussions between the UNFCCC and GEF Secretariats is available here.

Established in 1994, the UN Convention to Combat Desertification (UNCCD) is a legally binding international agreement that specifically addresses the arid, semi-arid, and dry sub-humid areas known as the drylands, where some of the most vulnerable ecosystems and peoples can be found. The Convention’s 197 parties work together to improve the living conditions for the more than 1.3 billion people living in drylands, to maintain and restore land and soil productivity, and to mitigate the effects of drought. The UNCCD Secretariat facilitates cooperation between developed and developing countries, particularly around knowledge and technology transfer for sustainable land management.

GEF Role: The Global Environment Facility is a financial mechanism of the UNCCD, and supports eligible countries in the implementation of the Convention. A summary of recent discussions is available here.

GEF Role: The GEF is the financial mechanism of the Stockholm Convention, and supports actions to eliminate and reduce these chemicals as well as enabling activities. The Executive Secretary and the CEO held a meeting recently to discuss partnership and strategic outlook. A follow-up technical level dialogue is planned in early 2021.

The Minamata Convention on Mercury is a global treaty to protect human health and the environment from the adverse effects of mercury – an ubiquitous metal that is used in everyday objects and is released to the atmosphere, soil, and water from a variety of sources. The Minamata Convention spans on the phase-out and phase-down of mercury use in a number of products, control measures on air emissions and land and water releases, and the regulation of the informal sector of artisanal and small-scale gold mining, among other areas. It was adopted in 2013 and entered into force in 2017.

GEF Role: The GEF is part of the Financial Mechanism to the Minamata Convention, supporting assessments, inventories, project implementation, and more. Following a recent discussion between the Executive Secretary and the CEO, a technical level dialogue is planned in early 2021. 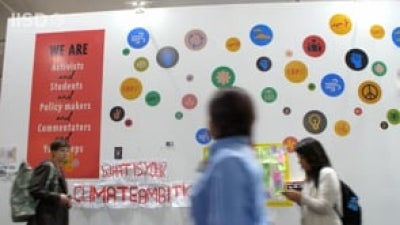