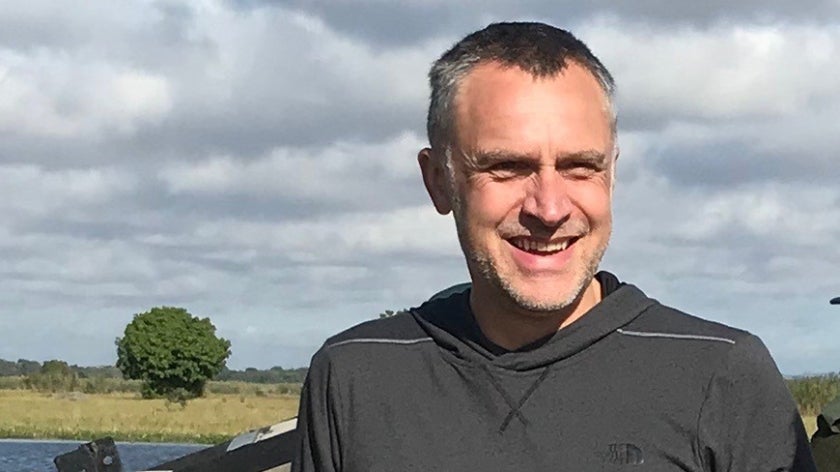 Ian Gray is a sustainable forestry expert who has worked in more than 40 countries at the intersection of environmental management and agriculture, mining, construction, manufacturing, and politics, including five years at the Global Environment Facility. In an interview, he reflected on how the terminal illness he is now facing has sharpened his message for leaders in government, business, and civil society about pivoting from business-as-usual, and made the case for a “whole forests” approach that considers the value of trees from many different perspectives as a way to find common ground.

To be honest I stumbled into forests. At 17 who really knows what they want to do? Rockstar probably would have been my choice but growing up in a small fishing village in Scotland there weren’t many local role models. My father and one brother had studied engineering at the University of Aberdeen, so I was drifting into engineering. Until I realized I had not fully understood the importance of mathematics within engineering. It was not quite as simple as “F” - Forestry following “E” - Engineering alphabetically in the university prospectus, but not far off. A few conversations with forestry graduates was enough to whet my appetite.

I started out as a young forester in 1988 in the north of Scotland looking after woodlands and plantations north of the Cairngorm Mountains. I was lucky to get a Volunteer Service Overseas posting in Belize a few years later to what I now realize was an exceptional opportunity to practice the full A-to-Z of forestry. What a learning experience, both for work and personally - I wouldn’t have half the knowledge without it. Plus I met my wife there - so the experience was life transforming in many ways.

I have always been a bit restless so couldn’t settle either in lecturing back in the UK or working with a woodland charity, however by then I had completed a M.Sc. and Ph.D. on the use of environmental impact assessments after being bamboozled by this smoke-and-mirrors topic. This helped me join the certification company SGS just as forest certification was beginning.

The small team in SGS eventually broke off to start ProForest which was a major force in forest, oil palm, and soy certification. Another huge learning opportunity working on 40 or so countries for governments, private companies, and civil society organizations. I was lucky to also get some experience in general environmental management across many other sectors - agriculture, mining, construction, manufacturing, which really helped. I was mid-career when I was offered a post with the Global Environment Facility based in Washington DC - so with a young family it was a bit of a change, but it was an opportunity to operate at a much higher level. I was five years with the GEF before moving to the Climate Investment Funds and finally a couple of years with the World Bank’s environment division in Malawi.

Looking back, I wouldn’t change very much… although if the rockstar post was offered…

Is there a GEF-supported initiative that is especially close to your heart?

Rather than a single project I think the GEF’s approach to forests was exceptionally important. For anyone who has been engaged, really working with forests and forest dependent communities, it has always been clear that you cannot see forests in isolation from the forest uses and forest users or other land uses and land users within and surrounding them. Even worse is to isolate and focus on a single forest product, value, or service. No one who has really worked with forests would take this approach. However, despite the clear lessons from previous one-size-fits-all approaches – go and look at the Tropical Forestry Action Plan for example – around the time of GEF-5 (July 2010 to June 2014) the world was becoming a little bit too focused on forest carbon as the magic bullet.

Do not get me wrong: forest loss and forest degradation are major contributors to climate change, and could play a key role in both mitigation and adaptation approaches. However, to rely on such tunnel vision on one of the myriad forest products, values, and services, is to completely misunderstand the manner in which forests “work” as an ecosystem and how they are intertwined with the lives of communities within and around them that depend on their outputs (in the widest sense).

I was very pleased that the GEF took and doggedly maintained an approach which looked at forests “in the round.” This was not always popular. However having worked in and managed forests around the world from half a hectare of woods in Oxfordshire to half a million hectares of national parks in Central America, not one of them had a single product, service, or value for which whose management would guarantee the health of the forest in perpetuity. It was always a bit of this, plus a bit of that, plus a bit of the other would build up a case for why the forest was needed and should be managed in a certain way. I am proud to have been a small part of GEF championing sustainable forest management and keeping the discussion on management of “whole” forests incorporating many opportunities and approaches.

Is there someone you have met through your work who has had a lasting impact on you?

It has always been in the furthest flung corners, the smallest, humblest villages that I’ve been struck the most by the spirit and desire for a better future of people. Laughing with some Laotian women while “helping” gather rice (as part of a new approach of mixed land use), or discussing with villagers how wildflower mixes in Latvian forests were helping keep insect pests at bay - I have countless memories of being overwhelmed by peoples’ understanding of their environment, the effort required from them just to squeeze out a livelihood, and their dauntless energy to keep trying. From my earliest work abroad I remember a guy called Chapal: being colorblind in Belize, a country with many snakes, was not fun. As the son and grandson of tree-hunters, Chapal had a knowledge of the area more detailed than any map, an understanding of the plants beyond any library, a knowledge of the locals more comprehensive than a census. There is no better way to describe it than he was part of the forest and the forest was part of him. We need more Chapals, the world would be a better place if we had.

What environmental issues are you currently focused on?

Unfortunately I’ve recently been diagnosed with a terminal illness, so my time horizon is too short to see anything really come to fruition. I feel the key issues of forest loss, land degradation, water shortage, species loss, and climate change have been well known and well discussed for at least since I was a student in the 1980s. The problems and the potential solutions are well known - some have even proven successful in trials. However, they mean a change from business-as-usual. They mean the usual suspects may not maximize their benefits. Throughout my career, leaders have not cared enough to heed the warnings and have allowed business-as-usual to prevail - maybe with a little redecorating on the edges to be seen to be doing something. My hope now is that leaders – in government, business, and civil society – wake up and lead the change necessary. Look around at what is happening across the world. I really hope for you, the changes will be made, and it is not too late.

Environmental issues are very often complicated and concerning. What gives you hope?

That’s easy - the people. There are more and more people interested in environmental issues, willing to think about something different from business-as-usual. The bigger this group becomes, the more pressure there will be for leaders to lead towards solutions. I also think we are lucky to be in an age where communication is relatively easy almost anywhere in the world. It is now simple to share news of issues around the globe and link into the many networks of people able and willing to help when environmental issues arise. Previously, things could be happening in remote areas and you would only hear of them as a fait accompli – as a case study to hopefully learn lessons from. Now, help is not far away. Rather than learning from case studies we should be able to react in real time as well as getting leaders involved at the point where leadership is most needed. 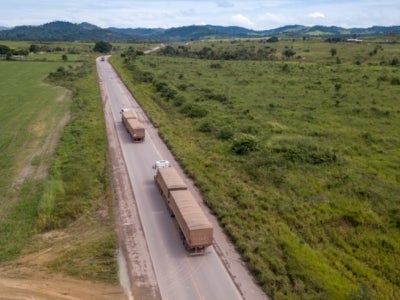 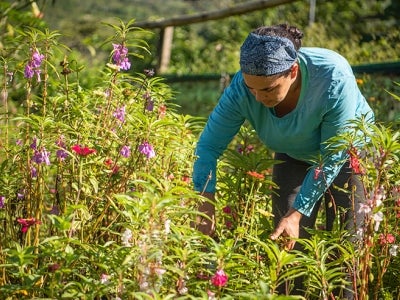 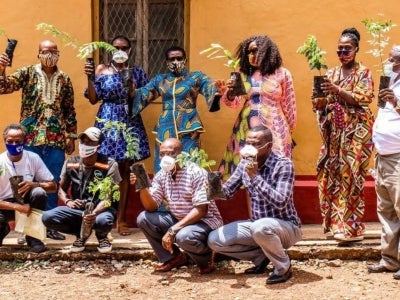