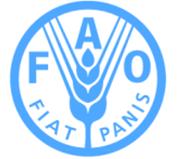 New York, 26 September 2012. The Republic of Palau has been announced as the winner of the Future Policy Award 2012. Palau received the Award in recognition of two outstanding marine policies, Palau’s Protected Areas Network Act, initiated in 2003, and its Shark Haven Act from 2009. The two Silver Awards were bestowed on the Philippines for the Tubbataha Reefs Natural Park Act (2010) and on Namibia for its Marine Resources Act (2000). According to the international jury the three winning policies contribute most effectively to the sustainable management of the world’s oceans and coasts for the benefit of current and future generations. The winners were announced during a press conference at the United Nations Headquarters in New York on 26 September 2012.

“With the Future Policy Award we want to cast a spotlight on policies that lead by example. The aim of the World Future Council is to raise awareness for exemplary policies and speed up policy action towards just, sustainable and peaceful societies,” comments Alexandra Wandel, Director of the World Future Council, an international policy research organisation that provides decision-makers with effective policy solutions. The 2012 Future Policy Award highlights the challenges faced by the world’s oceans as well as exemplary solutions to protect them.

Dr. Braulio Ferreira de Souza Dias, Executive Secretary of the Convention on Biological Diversity, comments: “The ocean world is in all our daily lives. Even for the many millions of people who may not think that they have a strong reliance on oceans, marine ecosystems and wildlife provide all kinds of benefits. The Future Policy Award provides the opportunity to raise awareness of the issue and increase practical action.”

The Republic of Palau was selected for two outstanding policies, which are politically bold and tailored to the needs of local people and the environment. Their effects are being felt globally and they have inspired regional legislation in neighbouring countries: Palau’s Shark Haven Act of 2009 is a milestone. It was the first of its kind and will serve to protect over a hundred species of deep water and reef sharks in Palau’s waters. It was enacted despite pressure from international fishing fleets. The effect of the Palauan declaration has been powerful. A number of other countries including Honduras, the Maldives and the Bahamas have since enacted similar laws and banned shark fishing in their national waters. Dr. Carl Safina, President and Cofounder of the Blue Ocean Institute, comments: “The ecological effects of the shark ban may not be visible yet, but the biological effects are immediate: the sharks are still alive.”

Palau continues with its ambition to be a leader in shark conservation by pushing for international regulation banning shark finning and the trade of shark products.

Palau’s second outstanding marine policy is the Protected Areas Network (PAN) Act that was initiated in 2003. It has all the elements of successful management for people and environment. The framework incorporates a network of nationally representative protected areas, ensuring long-term sustainable use of resources, and has the institutional flexibility to adapt to future changes. Following the concern of the weakening traditional system of protection, the government implemented a countrywide system of connected protected areas including fringing reefs, lagoons, a sardine sanctuary and mangroves.  Local communities and states manage these in the traditional fashion, but with added financial, technical and institutional support from the government. To date, 35 protected areas have been designated, with a goal of protecting 30 percent of the near-shore marine environment and 20 percent of the terrestrial environment by 2020.

Naoko Ishii, CEO and Chairperson of the Global Environment Facility (GEF), says: “In this decade, the world will make decisions that will determine whether we succeed or fail in the quest to protect vital ecosystems, while raising the quality of life for all citizens."

The first Silver Award went to the Namibia’s Marine Resources Act (2000) for instituting an ecologically and economically viable fishing industry. While Namibia inherited heavily over-exploited, unregulated fisheries when it gained independence in 1990, access to the fisheries is now fully controlled and heavily monitored at sea and in the harbours. Fishing companies are required to apply for a license and quotas for the eight main commercial species are set annually. Stocks are carefully monitored, and if they fall below a critical threshold, a moratorium is set and fishing is banned until it can be established that the fish stock has recovered. Food security is ensured for the most vulnerable; the government actively supports fish consumption by making it available at reduced prices for disadvantaged groups.

Árni Mathiesen, Assistant Director-General of FAO's Fisheries and Aquaculture Department, comments: “Humanity depends on the sustainable management of the world’s marine living resources and their environment to realise the Human Right to Food, especially for the 900 million chronically hungry people. Fish provides three billion people with at least 20% of their animal protein, with nearly 40% of those people in low-income food-deficit countries. Fisheries and aquaculture support the livelihoods of more than 10% of the world’s population. This is why it is so important to promote policies that successfully address the multiple threats to the oceans.”

The second Silver Award went to the Philippines’ Tubbataha Reefs Natural Park Act, an Act that ensures the effective management of the Tubbataha reefs, a UNESCO World Heritage Site and hotspot of coral reef biodiversity, by strengthening the legislative mandate of its managing bodies. The management of the Natural Park by the municipal authorities and NGOs has been lauded because of the excellent condition of the reefs, particularly when compared with neighbouring sites. In addition, Tubbataha has demonstrated that with carefully planned management, local communities need not bear the burden of closed protected areas, but can be their primary beneficiaries; as a nursery site for fish, the reef supports local artisanal fisheries. The Tubbataha Reefs Natural Park Act has been hailed as a model of coral reef conservation and already similar legislation has been enacted in the neighbouring Apo Reef.

Jury member Pauline Tangiora, Maori elder from the Rongomaiwahine tribe, Aotearoa, New Zealand, and World Future Councillor, states: “National policies have to consider the needs of local communities and incorporate their traditional knowledge of the ecosystems and the natural resources these communities depend on – to ensure the sustainable use and management thereof.”

An international jury composed of experts from academia, politics, international bodies, civil society and indigenous groups from all five continents had assessed the nominations against the World Future Council’s Seven Principles for Future Just Lawmaking. Honourable mentions were bestowed upon South Africa’s Integrated Coastal Management Act, 2008 and The State of California’s Ocean Protection Act, 2004. In total 31 policies from 22 countries had been nominated for the award.

The announcement of the winning policies in New York will be followed by an awards ceremony on 16 October 2012 at the 11th Conference of the Parties to the Convention on Biological Diversity in Hyderabad, India. The ceremony will be convened by the World Future Council, the UN Secretariat of the Convention on Biological Diversity (CBD), The Global Environment Facility (GEF) and the Food and Agriculture Organization of the United Nations (FAO), with support from the Okeanos Foundation.

Factsheet with information on the winning policies, our partners and the award: http://worldfuturecouncil.org/fileadmin/user_upload/PDF/Factsheet_2012_F...

Webcast of the press conference at UN Headquarters, at which the winners were announced:

Since 1991, GEF has achieved a strong track record with developing countries and countries with economies in transition, providing $10.5 billion in grants and leveraging $51 billion in co-financing for over 2,700 projects in over 168 countries. Through its Small Grants Programme (SGP), the GEF has also made more than 14,000 small grants directly to civil society and community based organizations, totaling $634 million. For more information, visit www.thegef.org. 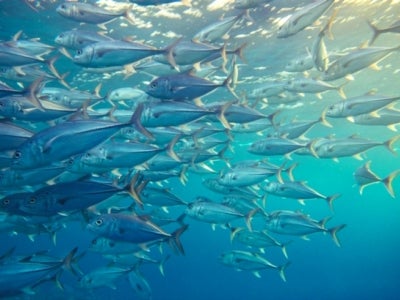 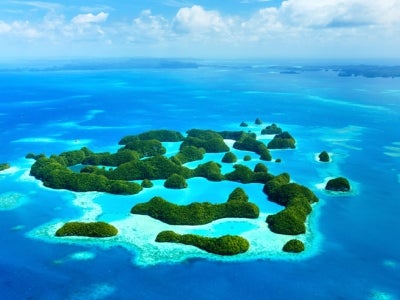 Rich in biodiversity, Palau looks to protect its most precious resource 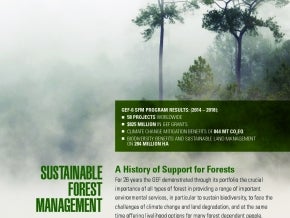 Sustainable Forest Management: A History of Support for Forests