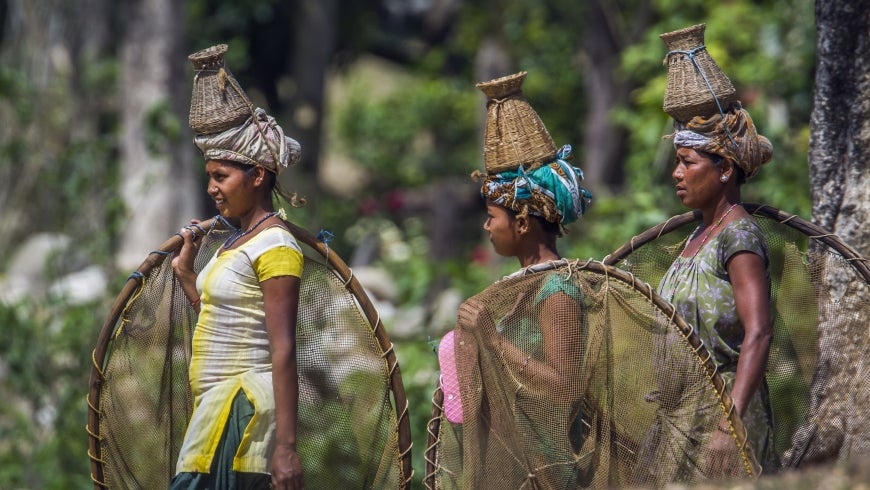 At the UN Biological diversity conference (COP13) in Cancun, Mexico, Parties to the Convention on Biological Diversity (CBD) discussed progress and experiences in integrating gender and social inclusion dimensions into biodiversity-related projects.

Despite growing attention to these issues on the part of global policy processes as well as national governments, uptake at the project level remains variable. The GEF-6 programming cycle, in line with the CBD and Agenda 2030’s ambitious Sustainable Development Goals, places clear emphasis on inclusive and equitable projects co-financed by the GEF for two reasons.

Men, women and local people are part of the solution

The challenges facing the world’s biodiversity today require “all hands on deck”. We recognize that we cannot afford to leave out people with unique knowledge and experience regardless of gender or ethnicity. In fact, it is increasingly acknowledged that women and men as well as Indigenous Peoples, for example, are often custodians of unique knowledge about life on Earth.  As daily natural resource managers, they influence the total amount of genetic diversity conserved or used, yet they are often underestimated in related projects and policies. Additionally, biodiversity projects that do not actively seek to benefit women as well as men may inadvertently exacerbate existing gender inequalities, and miss the opportunity to incentivize women’s contributions to conservation and sustainable ecosystem management efforts.

GEF projects in the Biodiversity focal area not only need to acknowledge gender differences within their design but also determine actions to promote both women and men’s roles in and benefits from biodiversity management. A new GEF initiative to review good practices in biodiversity and other focal area projects will capture concrete examples that can be used to inform programming, as well as highlight missed opportunities for both environmental and gender outcomes.

Biodiversity is one of the GEF focal areas with a relatively high proportion of projects that address gender. For example, a global project implemented by Concern International to mainstream biodiversity conservation and sustainable management in priority socioecological production landscapes and seascapes has a Gender Mainstreaming Strategy and Action Plan, which includes a gender analysis of key global issues. The project will require grant recipients to demonstrate an understanding of - as well as concrete actions for - promoting equitable participation and benefits.

Linking gender equity and the conservation of local genetic resources is one example of how GEF-financed projects can support synergies between positive gender benefits and positive biodiversity benefits. In Nepal, for example, we are now supporting IUCN to strengthen capacities to implement the Nagoya Protocol. This includes building gender equity among farmer groups and other community institutions in order to support the conservation and use of diverse local genetic resources, and promoting an enabling environment for access and benefit-sharing. In Ecuador, a project implemented by FAO to conserve biodiversity and promote its sustainable use shows how gender issues can be integrated within a broader context.  The project recognizes the unique ethno-cultural characteristics of target groups, including settlers and Kichwa and Waorani indigenous peoples, as well as the socio-economic differences between men and women.

Ultimately, integrating gender mainstreaming into national policies is key to creating an enabling environment that brings biodiversity, gender and social inclusion together, and the GEF has been supporting gender integration in National Biodiversity Strategies and Action Plans in different countries, such as with UNDP in Ecuador.

Embedding gender and social inclusion in project design is important, but results also matters. Results have been demonstrated in Brazil, where a project implemented by UNDP for the conservation and sustainable use of mangrove ecosystems helped women crab collectors and fishers improve their livelihoods as well as contribute to restoring a vital mangrove ecosystem. In Mali, a project with IFAD to protect biodiversity and promote participatory, sustainable management of natural resources in the Inner Niger Delta replanted bourgou, a native grass found along the river and in ponds. This led to improved nutritional impacts for communities, higher incomes for women and the reappearance of plant, bird and especially fish species.

When looking at our project portfolio today, just compared to a couple of years back, we know that we are making progress. We also know that we can do better. Working closely with the newly established GEF Gender Partnership, national partners and civil society, we are just about to start a process of updating our policy and guidelines on gender. Building on best practices, this will help us clarify our standards and support creative and impactful ways to promote gender equality across our project portfolio.