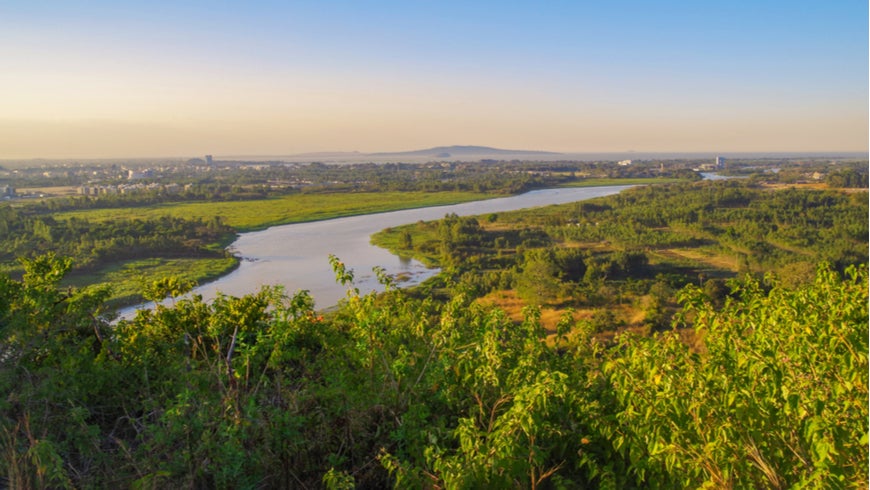 How do we address the climate crisis, preserve biodiversity and recover from the pandemic?

If a frog is put into hot water, it jumps straight out. However, if the water is at room temperature and then heated, the frog settles and relaxes, becoming so comfortable that it does not react, even at boiling point. The convergence of the COVID-19 pandemic and the climate change crisis is probably the last chance to save humanity from this boiling frog syndrome.

This year marks the beginning of the Decade of Action to deliver on the UN 2030 Agenda for Sustainable Development. We need to react, and urgently. And we must recognize that responses framed within our existing comfort zone will fail to address the scale of transformation we need.

This is especially so in Africa. While robust growth since 1990 has reduced poverty from 54 percent to 41 percent of the population, inequality has widened as the absolute number of poor people has grown from 287 million to 413 million. Meanwhile 60 percent of rural people directly depend on ecosystem services. In some regions, coastal and marine natural resources contribute up to 35 percent of gross domestic product (GDP). Africa also has the world's greatest net loss of forest cover: 3.9 million hectares between 2010 and 2020. Wood resources contribute more than 6 percent of GDP and provide up to 80 percent of energy in some countries.

We therefore need to look to nature for solutions that create economic opportunities while building resilience, in order to move beyond economic growth as the sole driver of poverty reduction.

Both the United Nations and the Global Environment Facility believe that investing in nature makes more sense than ever before and holds the key to real prosperity that leaves no one behind. According to the World Economic Forum, over half the global economy (i.e $44 trillion) is moderately or highly dependent on the natural world. Yet our unsustainable consumption and production practices take a heavy toll on the global commons, causing a severe loss of biodiversity (including genetic diversity) and thus undermining the resilience of economies to such threats as pests, pathogens, and climate change, and seriously risking global food and economic security.

The impact of climate change is already seen in recent emergencies like cyclones Kenneth and Idai, and the ongoing locust invasion in East Africa.

But there is still hope. A recent Campaign for Nature report shows that the benefits of investing to protect at least 30 percent of the world’s land and ocean outweigh the costs five-fold. Nature-based solutions must be a leading part of addressing the climate crisis because they ensure that we preserve the biodiversity in which so much of our wealth is stored.

On 13 August the UN Economic Commission for Africa (ECA) launched its Decade of Action with a flagship intervention supporting the Ethiopian Government’s Green Legacy initiative. This focuses on nature-based solutions to build resilience and support livelihoods, aiming to plant 20 billion seedlings between 2019 and 2024 to help rehabilitate more than 15 million hectares of forest.

African countries are faced with a daily struggle to create jobs for their increasing young populations. While 110 million young people entered the job market over the past 10 years, only 37 million wage-paying jobs were created, and the situation is exacerbated by COVID-19. Nature-based solutions can stimulate green jobs and wealth.

The ECA's initiative, therefore, is about creating green jobs providing livelihoods for 150,000 households, fostering better health and building resilience. It will, for example, establish a factory making energy-saving stoves. This will produce jobs, particularly for women and youth, create new business opportunities for SMEs through providing the stoves and help protect forest resources through their operation. Planting fruit and fodder trees and building capacity for maintaining forests and developing beekeeping will also provide much needed incomes in rural areas.

The initiative will also protect water resources critical for Ethiopia and the wider region, and contribute both to carbon sequestration in line with the country's own low-carbon strategies and, potentially, to future carbon-offsetting schemes.

The ECA has started with a modest proposed investment of $3.5 million, but one which translates directly into supporting those whose lives are being disrupted by COVID-19 and are most vulnerable to climate change. This initiative is designed with replication in mind, both within Ethiopia and across Africa.

Addressing the need for energy-saving cooking stoves is part of ECA's wider effort to tackle the continent's energy needs. Almost 600 million people have no access to electricity. Domestic fuel burning contributes 20 percent of indoor air pollution in the developing world, killing up to 3.7 million people, mostly women, each year.

Providing access to energy requires substantial investment which cannot be met from public resources alone. So the ECA is implementing the SDG-7 Initiative for Africa, which aims at aligning the interests of countries, the private sector, and development partners to accelerate mobilizing private sector finance for clean energy. It will also enhance the continent's ambition and action to combat climate change.

The initiative is based on the premise that every $1 million invested in renewable energy creates at least 25 jobs. With greater ambition, clean energy investments on the continent could be multiplied many times over – installing up to 100,000 MW with the potential to create up to 5 million decent jobs. It provides strong underpinning for our Decade of Action Green Legacy program to support countries recover better from the COVID-19 pandemic.

Nature-based solutions are particularly important at this juncture because they provide an immediate response that secures livelihoods and builds climate resilience.

We must act decisively to deliver transformative change. Business as usual is no longer an option, and the window of opportunity is getting very narrow. We must feel the boiling water and exit the pond; we must collectively change our approach and systems.

Investing in nature makes more sense than ever