Bridging gaps in Zambia: UN coalitions are coming together to support Zambia in reducing poverty, improving food security and ensuring no one is left behind 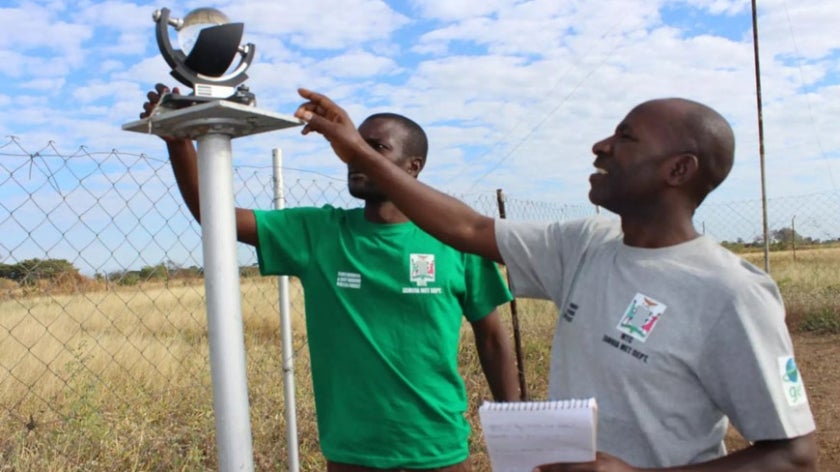 The Government of Zambia is activating climate actions across the country to achieve its contributions to the Paris Agreement. Not only will this work protect the nation’s environment and contribute to reducing greenhouse gases worldwide, it will also provide the foundation to end poverty, hunger and inequality in a place where 6 out of 10 people still live below the poverty line and don’t make enough money to meet basic food requirements.

The work starts and ends in the countryside, where climate heroes like Chief Chitambo of the Serenje District in Central Zambia are using improved climate information to inform local climate actions that will make a big difference.

“I am setting aside 12,000 hectares for community forest management and support for the regeneration of indigenous forest in my area. I will also encourage people to start raising trees and plant them in degraded forests,” said Chitambo after a recent climate-awareness event created through the UNDP-supported Climate Information and Early Warning Systems Project in Zambia. 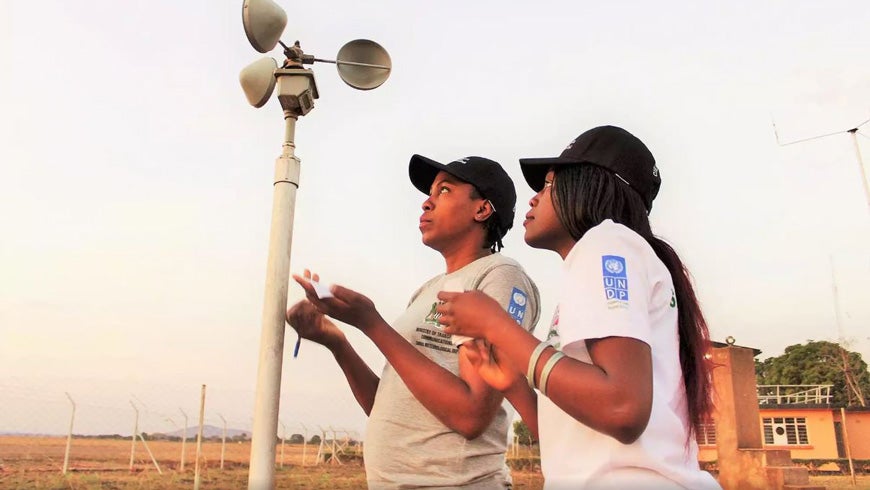 Droughts and floods over the last 30 years have cost Zambia more than US$13.8 billion according to recent estimates – that is equivalent to 4 percent of annual GDP growth.

Aside from supporting agro-meteorological services, UNDP is collaborating with the Government of Zambia and partner agencies like the Food and Agriculture Organization of the United Nations (FAO) and World Food Programme (WFP) to support Zambia’s implementation of its Nationally Determined Contribution (NDC) under the Paris Agreement.

Through a United Nations-led partnership including FAO, UNDP and WFP, the Government of Zambia recently accessed US$32 million from the Green Climate Fund for a 7-year, US$137 million project that will support nearly 1 million farmers in Zambia in building climate resilient lives.

“UNDP is dedicated to working with the Government and people of Zambia to support innovative ideas that reduce carbon emissions and better prepare communities for the impact of climate change,” said Mandisa Mashologu, UNDP Zambia Country Director.

In fulfilling its contribution to the Paris Agreement - and global goals to limit temperature increases to 2 degrees while ensuring no one is left behind in terms of economic and social development - the project will promote the conservation of water, improve the use of irrigation technologies, and strengthen climate information services.

“Knowing how much rain will fall and when the rainy season will start and end, is one of the most valuable tools smallholder farmers need to prepare for climate uncertainties and improve yields in a good season,” said Mashologu.

Droughts and floods over the last 30 years have cost Zambia more than US$13.8 billion according to recent estimates – that is equivalent to 4 percent of annual GDP growth. The impacts of climate change could cost the country an additional US$$4.3 billion in lost GDP over the next decade if immediate actions aren’t taken.

With support from UNDP and FAO through the Integrating Agriculture in National Adaptation Plans Programme (NAP-Ag), the government of Zambia is also working to address these issues by improving medium- and long-term plans for climate change, and integrating gender-responsive elements into the nation’s climate change responses.

With improved climate information, Roida and other smallholder farmers across the country are improving productivity and reducing the risks that climate change brings.

Food security remains a serious challenge in Zambia. Despite more than a decade of consistent economic growth, around 40 percent of children under 5 are stunted and in the countryside 80 percent of the population lives below the poverty line.

In a country that largely relies on rain-fed agriculture, unpredictable weather patterns and droughts over the past ten years have only exacerbated the issue.

Roida Zulu and her family live in Mambwe District in Zambia’s Eastern Province, where inconsistent rainfall patterns have made it difficult to grow staple crops like maize.

“Many years ago, we predicted the weather and knew when to plant. But these days, the weather is unpredictable. Now the dry season can bring continuous rain while the hot season is too wet,” said Roida. “The use of weather and climate information assisted me to plant in good time. I have increased maize production from less than a tonne per hectare to five tonnes per hectare. I will keep one tonne for consumption and sell four tonnes to help pay my children’s school fees.”

With improved climate information, Roida and other smallholder farmers across the country are improving productivity and reducing the risks that climate change brings. Improved planning on a national scale, empowerment of local climate actions like Chief Chitambo’s pledge to protect 12,000 hectares of forest, and scaled-up work carried out through the new GCF-financed climate resilient agriculture project will all come together to propel Zambia’s economy forward, protect development gains and reach Nationally Determined Contributions to the Paris Agreement.