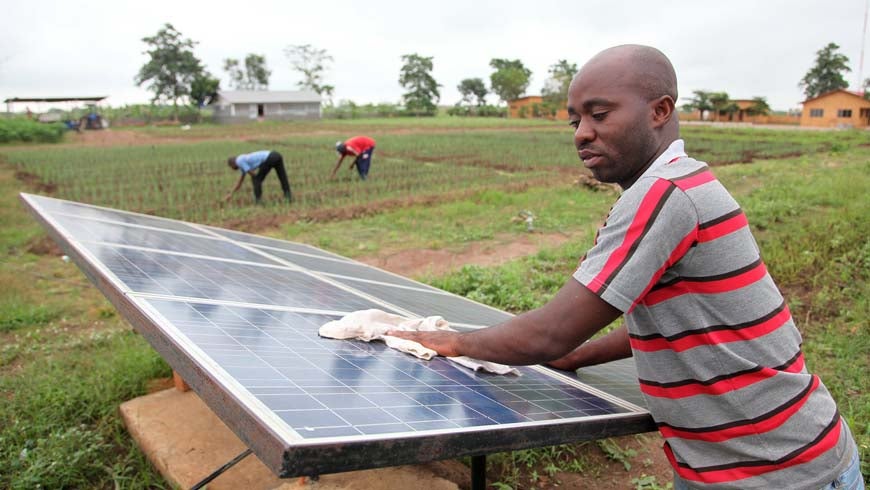 Benin has its fair share of energy challenges. Only a third of the nation’s population has access to electricity, frequent outages disrupt service, over 80 percent of the nation’s electricity is imported, wood remains a prime source for cooking, and a changing climate means higher temperatures and even greater strains on the nation’s energy supplies.

With funding from the Global Environment Facility Least Developed Countries Fund (GEF-LDCF) and support from the United Nations Development Programme (UNDP), Benin recently launched two new projects that look to modernize and strengthen the nation’s energy infrastructure and policies, all the while protecting the environment, providing poor people with alternative cooking and electricity sources, and lowering the nation’s total carbon output.

“Working in concert, these two projects will invest a total of US$60 million, including US$11.8 million in GEF grants, to significantly increase the capacity of Benin to address climate change challenges, and contribute to global zero carbon and climate resilient development pathways,” said Adriana Dinu, Executive Coordinator, UNDP's Global Environmental Finance Unit.

“Working through an integrative approach that includes both realistic actions to adapt to climate change as well as longer-reaching initiatives to mitigate its effects, the projects work to holistically address Benin’s current reality, address future challenges, and provide a brighter future for people whose lives are being severely impacted by climate change,” said Pradeep Kurukulasuriya, Head – Climate Change Adaptation Global Environmental Finance Unit.

This US$31.5 million project (including a US$8 million grant for the GEF Least Developed Countries Fund and US$16 million for the national government) will work with the Government of Benin to enhance planning and management capacity, increase production, transport and distribution of different forms of energy, and improve access for poor rural people to sustainable energy sources.

In order to protect the forests, and support Benin in providing sustainable electricity and improved livelihoods for its citizens, the project will develop sustainable management practices for 100,000 hectares of wood-supplying zones, build agricultural waste digesters that create biogas, and provide some 10,000 improved cooking stoves.

“On a larger scale, the project will work with policy makers, the energy sector, and other key stakeholders to build policies and management practices that will prepare the nation to face a new climate reality,” said Siaka Coulibaly, UN Resident Coordinator and UNDP Resident Representative in Benin.

Promotion of Sustainable Biomass Based Electricity Generation in Benin

With substantial private-sector investment, this project plans to build four biomass gasifier installations with a total capacity of 4 megawatts. The four pilot gasifiers from the project will convert agricultural residues (biomass) into energy, generating a total of 76 651 MegaWatt Hours of Electricity. The US$29 million project benefits from a US$3.8 million GEF grant and US$10 million from the government of Benin.

“Substantial investment from the government of Benin for both these projects indicates a strong political will to fully implement and support these important national investments in modernized and sustainable energy,” Coulibaly said.

The project will accompany surrounding communities to improve their agricultural techniques, building climate-smart practices on over 9,000 hectares of farms and planting trees on over 2,000 hectares.

“The carbon-offset potential of this project is impressive. Factoring in sustainable forest and land management, over 1 million tons of carbon dioxide will be avoided over the four plants’ 15-year lifetime. The will result in a unit abatement cost of just US$3.50 per ton of carbon dioxide offset,” Coulibaly said.

“The project will achieve this target by introducing a conducive policy and regulatory framework for electricity generation, and by putting in place a financial support mechanism that will facilitate private-sector participation in biomass gasifier electricity generation in the country,” said Isidore Agbokou, Team Leader for UNDP’s Sustainable Development and Inclusive Growth Unit in Benin.

“The private sector will be a key driver in modernizing and engineering sustainability into energy sectors across Africa,” said Kurukulasuriya. “More efficient energy generation, improved access for consumers, and climate-smart policies are good for business. And good businesses make for a better world.”

This story was originally published by UNDP Climate Change Adaptation.

You can read this story in French here.