A call for climate action in Malawi 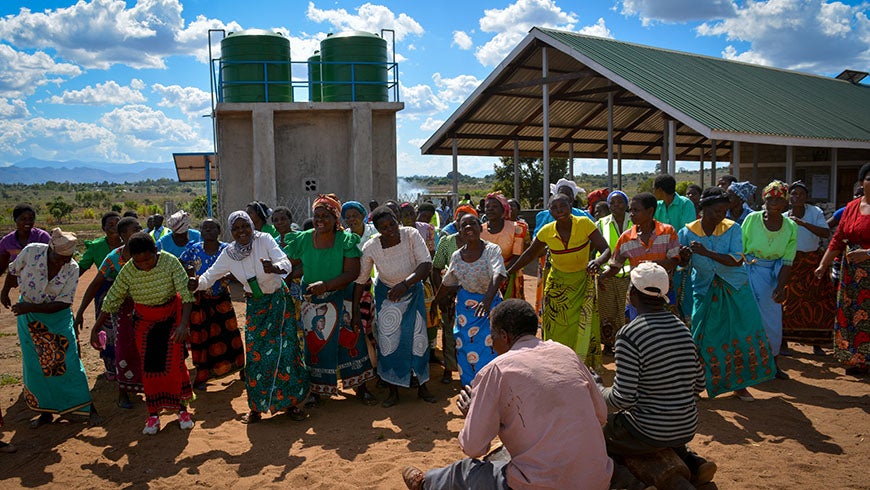 A GEF Least Developed Countries Fund (LDCF)-financed project is working to reduce the vulnerability of rural communities to the adverse impacts of climate variability and change in Malawi. Photo: UNDP Malawi.

In Southern Malawi, in the Sunuzi community, Mrs. Ephelo Bonongwe, her husband and eight children, know how rain-fed farming is making their livelihood more precarious.

With a changing climate leading to more variable rainfall patterns, relying on the rain to feed their family and support their livelihood was difficult.

The problem with relying on rain

Nearly 80% of global agriculture relies on rain-fed farming. Rural communities across the world report that rainfall is more erratic, shorter, and heavier within seasons, and that ‘unseasonal’ events such as heavier rains, dry spells, unusual storms, and temperature fluctuations are increasing.

Meeting this challenge demands approaches which enhance the ability of farmers, their households, and communities to adapt to a changing climate.

Initiated in December 2014, the project is working to reduce the vulnerability of rural communities to the adverse impacts of climate variability and change in Malawi.

By implementing concrete livelihood diversification and capacity building activities in the districts of Nkhata Bay, Ntcheu and Zomba, the project is driving awareness and action on what constitutes effective adaptation at the community level in Malawi.

The communities, whose mainstay has been rain-fed agriculture, are not shy to showcase the range of livelihood options that the Adapt Plan initiative has introduced, as well as how these efforts are changing their fortunes through diversification of income sources.

From corn to tomatoes

Mrs. Bonongwe vividly remembers her income from her rain-fed harvest being limited to about 30,000 Malawian Kwacha/MK (≈$40) for the whole maize production season.

But now, thanks to the Sunuzi Irrigation Scheme, she earned 50,000 MK (≈$66) just from her recent sale of tomatoes. She considers herself fortunate to be able to benefit from irrigation and more stable water supply, and welcomes the training that she received about how to grow irrigated crops and vegetables.

In the Sunuzi community, creating sustainable livelihoods is centred around the irrigation scheme that the communities established in 2017. Encompassing 10 hectares of land, 100 farmers are benefitting from the solar water irrigation system.

A stable water supply and community driven action is helping people to grow more crops and vegetables during the dry season, enabling people to have three meals a day, along with increasing their incomes from selling their produce.

A short walk along the irrigation scheme reveals new fish ponds that get their water supply from the same solar water system, now a source of alternative livelihood for another 18 community members.

This is a vital source of income and improves nutrition among families.

In the Southern and Northern parts of Malawi, in the Zomba and Nkhata Bay Districts, Adapt Plan is tailoring activities to each district, with a focus on reducing the vulnerability of rural communities to the negative impacts of climate variability and change.

Mrs. Falesi Edsoni, mother of five children, joined the Fish Farm Club in 2017. Like many others, she used to be dependent on rain-fed agriculture prior to the project. Now she benefits from the new system. Her fish club is focussing on increasing fish stocks, with the group having already harvested and sold fish where her share was 10,000 MK (≈$13). More sales are anticipated as fish stocks are increased and three other ponds under construction are operational.

Apart from being a source of livelihoods, the solar-powered water system has ensured access to potable water for over 300 households in the neighbourhood by reducing vulnerability to waterborne diseases and eliminating the long distances travelled by women and children to collect water, allowing them to focus on more productive activities to improve health, education and on-farm production. 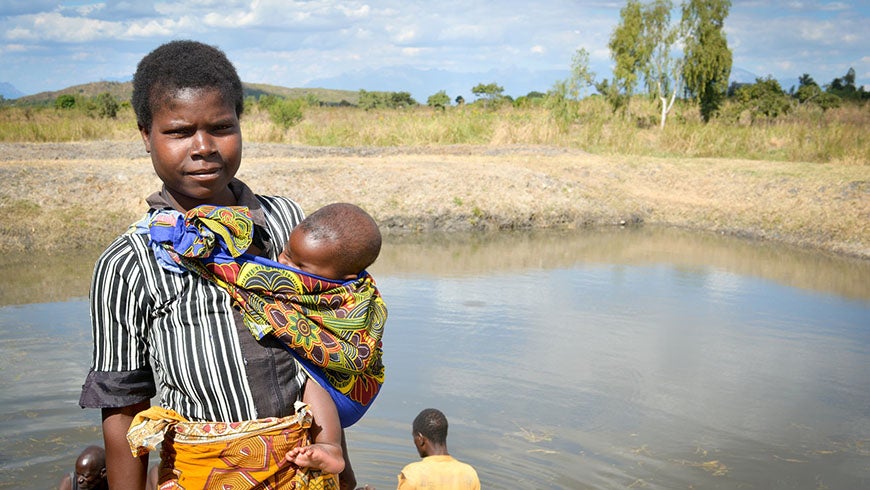 Forest regeneration and beekeeping are also some of the activities under the Adapt Plan aimed at diversifying livelihoods and building resilience to climate change.

The Usisiya community in Nkhata Bay District, Northern Malawi has little room to manoeuvre in terms of their livelihoods, being sandwiched between Lake Malawi on one side and Usisiya mountain on the other. Fish stocks are getting depleted, while the productivity of their land is low, limiting livelihood options.

The Adapt Plan initiative supported several community groups in Usisiya to set up enterprises that diversify their livelihoods away from reliance on fishing, dryland agriculture, and illegal charcoal production.

Making use of the perennial river that flows naturally from the mountains into the lake, one group has set up an irrigation scheme for dryland crop and vegetable production.

The irrigation project covers 35 hectares, directly benefitting nine men and 31 women. From their first sale of maize and tomatoes, they earned 260,000 MK (≈$344). The volume of dry season agricultural production now exceeds household consumption and provide a vital source of income to cover expenses such as school fees and clothing.

One does not live by bread alone

The Usisya Tailoring and Chikomu Bakery Groups are another example of how communities targeted by the Adapt Plan initiative are increasing their resilience and adaptation by diversifying their livelihoods and sources of income to help them deal with shocks. The bakery has enabled its 25 members (six men and 19 women) to reduce the risks from over-relying on agriculture and fishing by moving towards more diverse business opportunities.

Usisya Tailoring Group, composed of five men and 15 women, supplies the local textile needs of the community, and has made earnings to date of about 350,000 MK (≈$464) since it started operating in 2016. 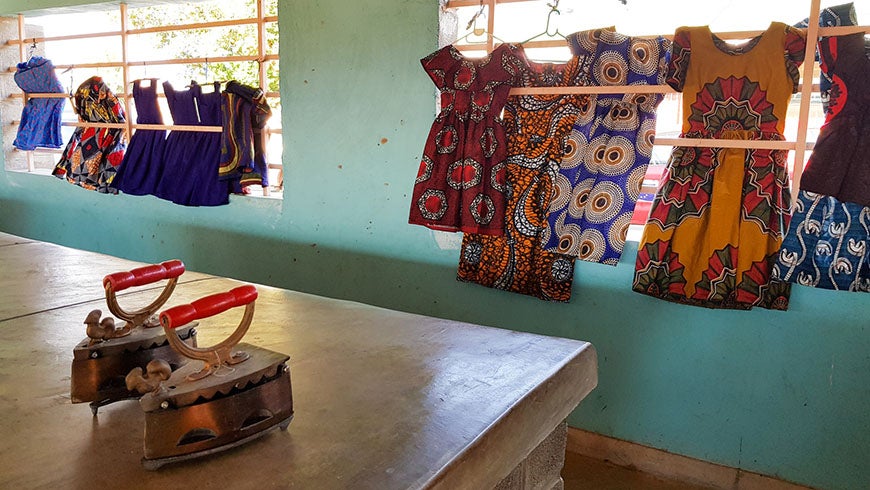 We are certain that our future is bright

The diversification and economic empowerment initiatives introduced by the Adapt Plan initiative are helping communities to shift from dependence on livelihoods that are highly vulnerable to climate change towards a more climate-resilient future.

The GEF Focal Point and Deputy Director of Environmental Affairs Department, Ms. Shamiso Banda Najira, testifies that the "Adapt Plan has also demonstrated how communities can build their resilience while delivering on other Sustainable Development Goals (SDGs)."

These initiatives will be integrated into District Development Plans and budgets.

"Having learnt from Adapt Plan what constitutes adaptation in different communities, the Government now wants to build on this to replicate and scale up the project with an innovative, transformative, and ecosystem-based adaptation successor project with the involvement of the private sector in an integrated manner," said Ms. Tawonga Mbale-Luka, Director of the Environmental Affairs Department of the Ministry of Environment and Climate Change Management.