Faces of climate change: Solomon Islanders are bracing for the future on the frontline 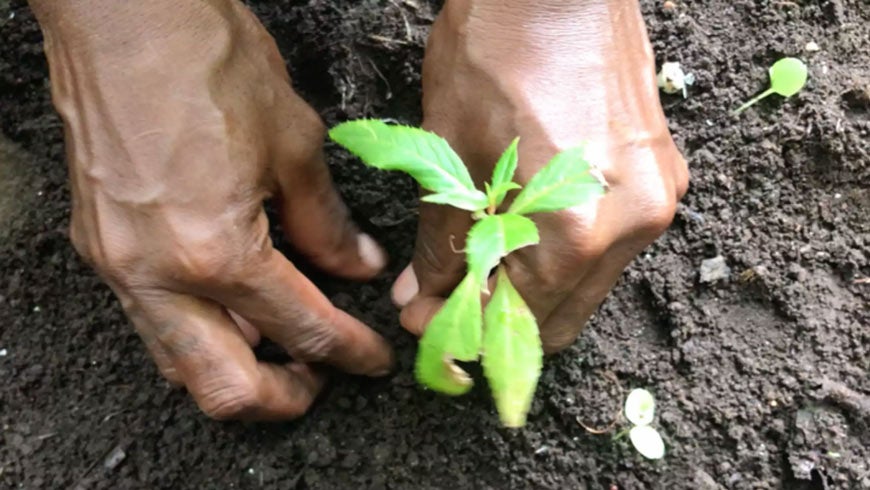 Solomon Islanders are bracing for the future on the frontline.

The Solomon Islands is a nation of hundreds of volcanic islands, coral atolls and reefs in the South Pacific. It's a country of extraordinary natural beauty but it's exposed to many hazards like floods, cyclones, tsunamis and volcanic eruptions.

Climate change is the biggest challenge yet - the impacts of rising sea levels and more intense weather events are multiplying the risks and posing serious threats to the people of the Solomon Islands.

Communities on the frontline are working with the Government and experts from the UN Development Programme to find ways to adapt to the changing environment.

Under the Solomon Islands Water Sector Adaptation Project, “Gud Wata Fo Strongem Komuniti Lo Evritaem", six far-flung communities across the country have become innovation hubs to test and refine methods to cope with issues like drought, salination of wells and the loss of crops to the encroaching sea. The goal is to equip people with the resilience to meet the challenges of the future and serve as a replicable model of adaptation around the Pacific and the world.

The wells and water plans are only part of the story, the people in these communities help us appreciate the human side of climate change.

Meet Janet, Fabian, Lina, Ezekiel, Jimmy and Marilyn from the communities of Tuwo, Taro and Gizo. 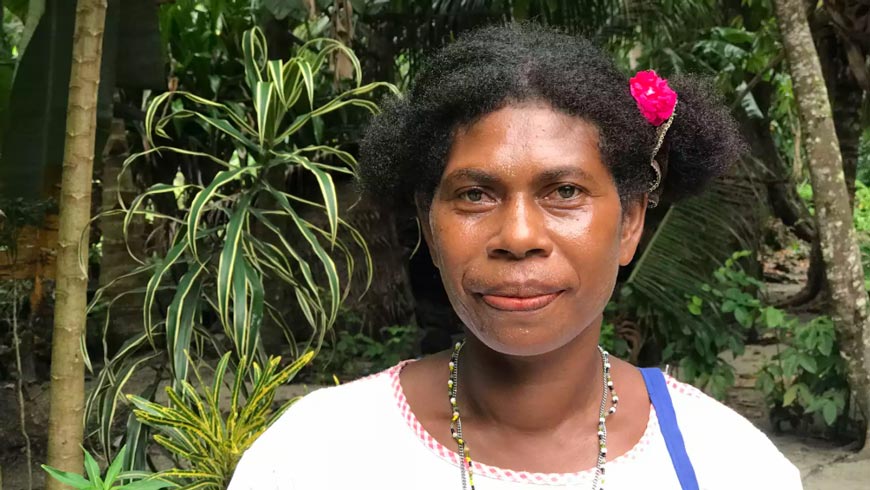 Meet Janet. Like every woman on the reef islands of Temotu, she's a multi-tasker: she fishes, keeps pigs, cooks, cleans, gardens, grows crops and raises kids. Janet is also an unlikely innovator, finding ways to help her community adapt to changes in the climate.

In her daily routine, Janet has noticed things changing. Salty ground water killing off her fruit trees (some bananas trees have already died and other fruit trees have declining yields). Changes in rainfall patterns leave her without enough water for irrigation. Fruit tree seedlings dying and the delicate cycle of planting future food sources has been broken.

Looking around, Janet saw some old dugout canoes that had been leaking and were on the to-do-list for repair and she suddenly had an ingenious idea. She went to the forest and brought back bags of rich soil and leaf litter and she filled the canoes.

In these new soil-filled canoes, Janet found she had created the perfect raised beds for growing stronger seedlings and garden crops. The raised beds were safe from the salty soil and the extreme heat. The canoes can be moved if they're getting too much sun and they bring the food right to her doorstep, so her kids get more fresh greens to supplement the diet of fish and taro. UNDP's water project has made this kind of cultivation possible by helping the community with 19 new wells and pumps.

She’s been inviting her community to see her canoe garden beds, inspiring other to try canoe gardens for themselves. It’s a small step in a long journey to adjust to climate change.

Sea levels are rising and the waves are devouring the coasts. When arable land is limited, the loss of these fertile low lands is a major blow for many communities. To make matters worse, salt water is seeping into the fresh water and killing vital crops like banana and taro. 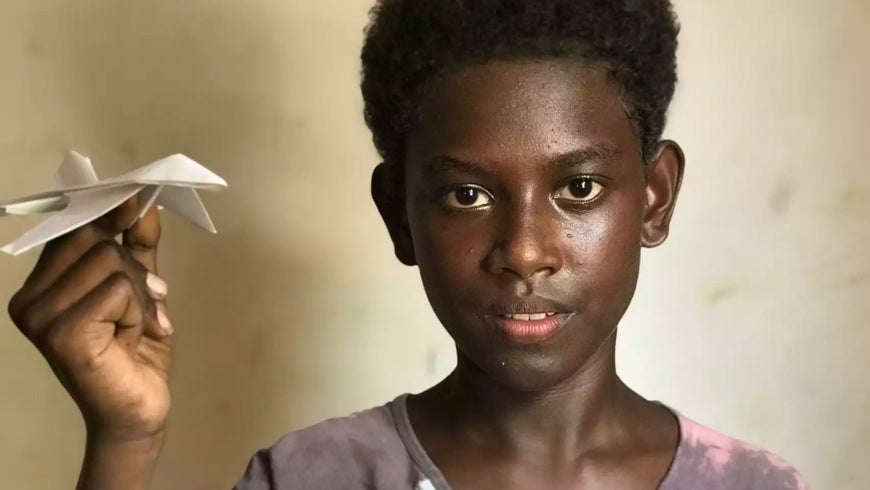 Meet Fabian, a Gizo boy living in the capital of the Western Province in Solomon Islands.

Living in town of several thousand people is very different to living in a village in the Solomon Islands. Instead of fetching wood he's able to play with his friends; instead of working on the plantation, he's able to draw in his sketchbook.

"I want to be a pilot when I grow up," says Fabian."I want to fly for Solomon Airlines and take people around this country." Despite his passion for flying, Fabian doesn't have any toy planes so he folds paper to make a perfect paper jet. He flips through notebooks filled with drawings and ideas and keeps a collection children's books on his shelf, a rarity in a country with a literacy rate of less than 20 per cent.

Fabian remembers the powerful cyclones that ripped through Gizo when he was younger. He says that people became desperate to find enough food and water following the storms. UNDP support has helped the community prepare for these inevitable extreme storms. More wells and tanks give people direct access to water and a solar powered desalination unit at the hospital means that Gizo can bounce back faster when the next storm hits.

Most of the country's population live close to the sea and the Western provincial capital of Gizo is especially vulnerable to sea level rise. The combined effects of droughts, extreme storms, rapid urbanisation and looming inundation presents a daunting set of challenges for any government. While the Government is making strides in responding to the threats, as a post-conflict government, it may struggle to keep pace with the crises that climate change will inevitably deliver. 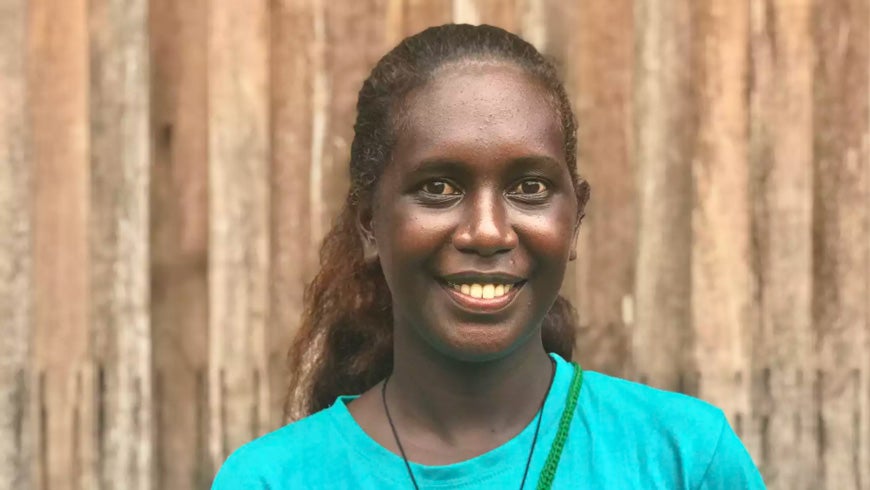 Lina works to stop logging in her part of the Solomon Islands, the northern province of Choiseul. She faces an uphill struggle as it's one of the primary income streams for the country selling timber concessions to Malaysian companies. While the loggers bring much needed cash into communities, they often leave a devastated landscape and tainted water supplies.

"We have to give people more options," says Lina. "I sit down with communities and try to get them to think about the long term."

The idea is to help protect more land from logging and support communities with ideas to earn money from ecotourism or other initiatives celebrating the natural beauty of the Solomons. Even though the pace is slow in protecting land, Lina is not discouraged.

"It will take time to get people thinking about protection, but we have to make the case and push against the logging," she says. "The future of our country depends on finding better solutions."

In the provincial capital of Taro where Lina lives, the government have increased water storage capacity and made clean water available in abundance. The adaptation initiative has also started a community-wide discussion about climate change and conservation. Lina hopes these ideas will encourage more communities to say no to logging and protect natural resources for future generations. 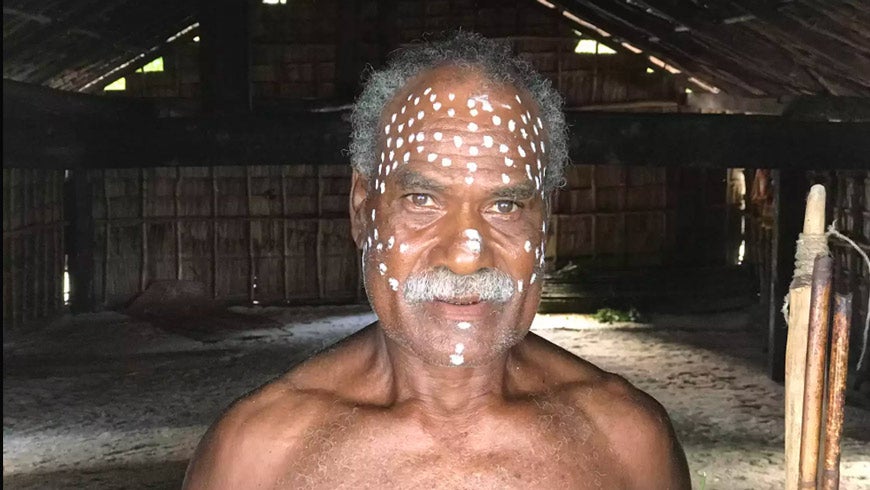 Ezekiel is a fisherman in the southern province of Temotu.

The changes in sea levels are killing coral reefs and threatening fish stocks that have been the cornerstone of Melanesian society for centuries. He's worked with the community to create a protected area on the outside of the reef and he says fish numbers have been increasing. While this conservation shows signs of promise, the overall impact of climate change on land could disrupt the fragile balance of food for vulnerable communities.

"We can see a difference from protecting the reef," says Ezekiel. "But climate change is threatening all our food sources, not just the fish."

For the remote community where Ezekiel lives, new wells have made it easier for everyone to get clean water for their households. While he's busy fishing and protecting the reef, his family are able to clean, cook and wash up without tight water rations. The availability of fresh water will help the whole community stay healthy and gives them more options for growing food.

New water tanks help hold the rainwater in Tuwo community in Temotu. Longer dry spells leave communities without enough drinking water. The new tanks help them get through the droughts and diversify the sources of water. 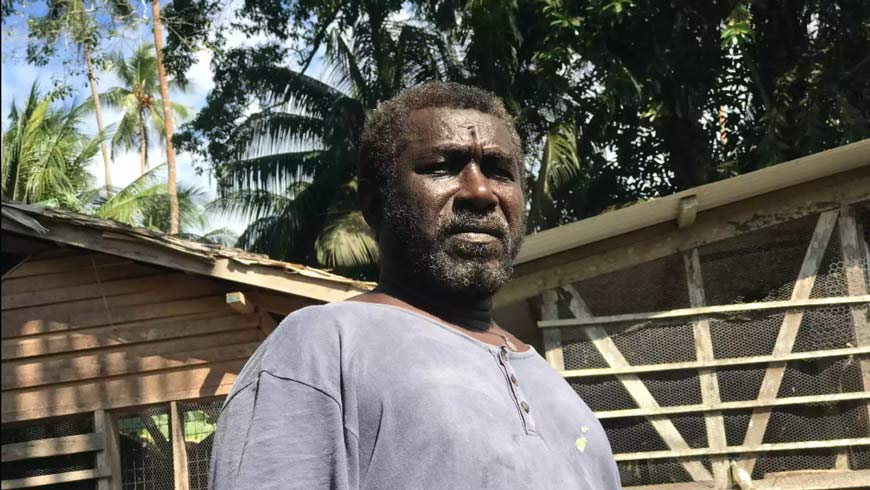 Jimmy has spent his whole life supporting his family by running a shop selling imported food. He has thrived in the provincial capital of Taro in Choiseul, and he saw his family grow and prosper. About a decade ago, powerful cyclones helped him understand that climate change would bring major changes.

He says that kastom can teach them about how to live in greater harmony with their changing environment.

"Kastom ways can help us adapt to climate change," he says. "From food, to clothes to building techniques we have so much to learn from our culture."

Jimmy is devoted to growing all his own food and he's sharing his skills with the community. He keeps chickens and pigs to improve soil fertility and he's trying crops that will thrive in the new reality of long droughts, extreme storms and saltier soil. He's become a climate leader in the Taro community and helps to build support for adaptation with his neighbours. Jimmy is helping people in Taro connect the dots between the abstractions of climate change and the practical steps everyone needs to take to prepare for the future. 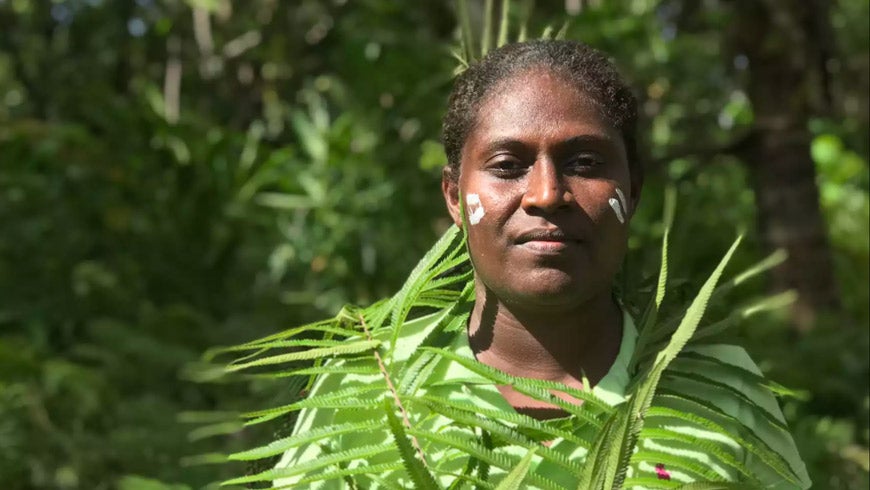 Marilyn is part of group called Plasticwise Gizo. She and her friends kept noticing the mountains of plastic rubbish that were pilling up in their community and floating in the sea. They decided to use their traditional weaving skills to turn the rubbish in beautiful handicraft products like handbags.

"We were weaving with local materials but realised we could use the same techniques with plastic," says Marilyn. "We are able to earn money, clean up the environment and give people a product they'll enjoy for years."

The group is growing quickly and now has dozens of members. Women are sharing ideas and coming up with new designs using the plastic waste. UNDP is reaching out to allies like Plasticwise in the communities to demonstrate the broad, multifaceted approach to adaptation. Adding new water sources is only one element of the project, and standing with the community to protect the water is an equally important part of the solution.

Beyond the eco-activism, Marilyn is also committed to keeping kastom traditions alive and she performs Solomon Islands songs about the environment. The songs about beloved national birds like the Billy Kiki become more poignant as species become endangered by plastics in the sea and the changing climate.

"We need to keep the songs alive and share them with the next generation," she says. "Someday these birds may disappear and we need to do more to preserve and protect all parts of our environment."

The Solomon Islands Water Sector Adaptation Project, “Gud Wata Fo Strongem Komuniti Lo Evritaem", is funded by the GEF-Least Developed Countries Fund and implemented by the Water Resources Division of Ministry of Mines, Energy and Rural Electrification with technical support from the United Nations Development Programme. The project aims to improve the resilience of water resources to the impacts climate change and improve health, sanitation and quality of life, so that livelihoods can be enhanced and sustained in the targeted vulnerable areas.