The Gambia invests in valuing and safeguarding biodiversity 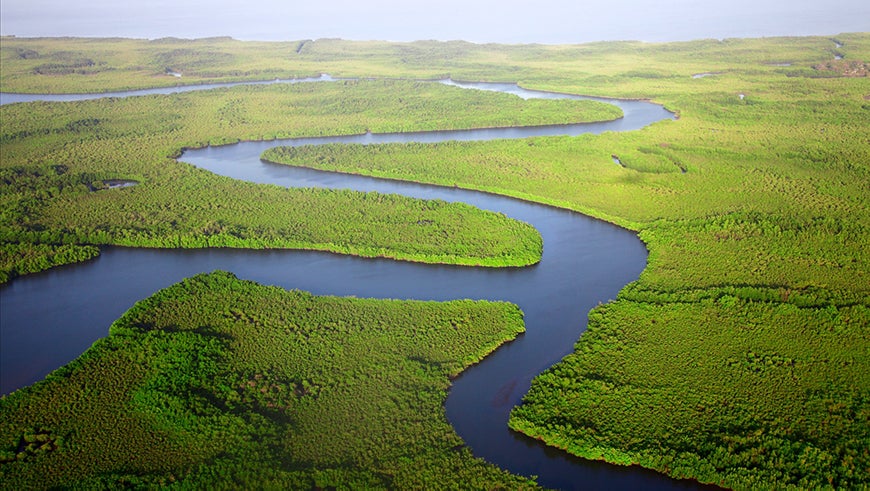 Forests, critical to the economy and the welfare of the Gambian people, are under-managed and being depleted by human activities. Photo: Dan Rozier/Unsplash

The Global Environment Facility’s latest work program, approved by the GEF Council in December 2020, includes a series of projects designed to help countries protect and regenerate nature amid the challenges of the COVID-19 pandemic. This is one of these projects. For details on the Council proceedings, please click here.

The Gambia, the smallest country in mainland Africa, is home to significant biodiversity, including a wide range of medicinal plants and other important species for local people that it plans to safeguard with assistance from the Global Environment Facility.

Under a new initiative supported by the GEF and led by the UN Environment Programme, the West African country intends to protect its valuable ecosystems by fully implementing the Nagoya Protocol on Access and Benefit Sharing.

The Gambia, surrounded by Senegal and bordering the Atlantic Ocean, boasts a wealth of biological resources. Some 80 percent of rural people in the country depend on flora and fauna for their food and livelihoods. All of this, however, is under increasing threat from human activity.

Forests, critical to the economy and the welfare of the Gambian people, are under-managed and being depleted by the push for agricultural land and the harvesting of wood for construction and for fuel wood, an important source of energy for more than 90 percent of the population.

In recognition of the fragility and the value of its important ecosystems, The Gambia adopted the Nagoya Protocol in 2014 and crafted a roadmap to implementation. The new GEF-supported UNEP initiative will support the development of legal, institutional, and policy frameworks needed to fully implement the Nagoya Protocol and also aims to raise awareness about the value of benefit-sharing policies among the populace and in the private sector operating in the country.

But this project goes beyond the establishment of the necessary enabling conditions to implement the Nagoya Protocol. To obtain concrete benefits for local communities on the ground, it also includes a pilot scheme aiming at building a partnership platform related to access and benefit-sharing and at valuing genetic resources and related traditional knowledge in Nyambai Forest Park.

Dodou Trawally, Executive Director of The Gambia’s National Environment Agency and the country’s GEF’s Operational Focal Point, said these efforts were very significant for the country which has lost more than half of its natural forest cover since 1946.

“The Nyambai Forest Park is already a significantly ecologically-valued forest associated with a considerable number of ecologically-friendly and conservation oriented livelihoods, key among which is bee-keeping. The implementation of this project predicated on the Nagoya protocol cannot have come at a better time when the country’s forests, hence valuable genetic resources, are under serious threat,” he said. ”It is obvious that this project will increase attention on the Nyambai Forest Park further increasing its conservation value, hence the preservation of its associated invaluable livelihoods not to mention the enhancement of the its genetic potential.”