Islands of the Moon: Building a network of marine and coastal protected areas in Comoros 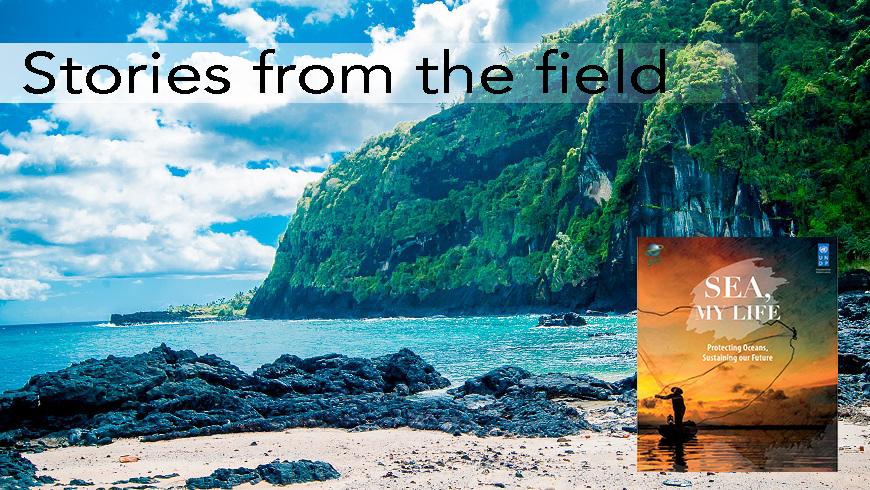 Until now, the protected area estate of Comoros has included only a single gazetted site – the Mohéli Marine National Park, which was established in 2001 in an effort to counter the social, economic, and environmental threats posed to biodiversity by rapid population growth, over-exploitation of resources, and poverty. The park, which includes 10 community-managed marine reserves covering 404 km 2 of ocean, was established with the support of UNDP and GEF by adapting a collaborative and community-based approach to management of the marine resources on which the lives and livelihoods of the islanders depend.

The Mohéli conservation area was chosen for its rich biodiversity, including important coral and mangrove habitats, endangered marine species such as Humpback whales and dugongs, and the presence of globally important nesting sites for threatened sea turtles.

Despite efforts in Mohéli, the ecosystems of other islands have fared less well. Damage from unsustainable land-use practices is widespread. Deforestation, increased agriculture on hillsides due to land shortages, and over-grazing have collectively resulted in severe soil erosion and runoff that has damaged the island’s coral reefs. Overfishing has depleted fish stocks, while collection of building materials has destroyed mangrove forests and beaches that are essential breeding grounds for turtles. Coral reefs have also suffered bleaching as a result of the warming seas.

In recognition of these challenges, the Comorian Government turned to UNDP and GEF, and the Government of France, for support to develop a new project to establish an expanded national network of terrestrial and marine protected areas that is representative of the unique natural heritage of the Comoros and co-managed with local village communities.

Implementation of this project began in 2015, to expand and strengthen the national protected area system through the addition of five new sites, affording protection to diverse terrestrial, coastal and marine ecosystems, and bringing a significant proportion of the land and seascape of three of the islands under protection.

Three of the protected areas to be declared under the project include marine and coastal habitats, as follows: (i) North Ngazidja National Park, on Ngazidja island, covering 2,500 ha of marine and coastal habitat, including a large area of sea grass beds and vibrant coral reefs; (ii) Coelacanth National Park, also Ngazidja island, covering 9,300 hectares of seascape frequented by coelacanths along a thriving coral reef also visited by high concentrations of dolphins and whales; and, (iii) Shisiwani National Park, on Ndzuani island, incorporating 6,500 hectares of coastal marsh and mangrove forests, fringed by sea grass beds and coral reefs.

Important first steps in the process have included the promulgation of new enabling legislation and securing new and sustainable sources of finance to ensure effective management by a well-capacitated national protected areas agency – to be known as Comoros National Parks – and protected area management units on each of the islands.

Two park wardens (or ‘Conservateurs’) have been appointed. One of these wardens is a woman, and she also has overall responsibility for management of three new protected areas – two marine and one terrestrial (Karthala volcano) – on Ngazidja island. She is supported by a team of technical staff and will soon be joined by 25 ecoguards, over half of whom are expected to be women, who will be recruited from local communities. Ensuring direct benefits to local communities, with tangible incentives provided to them for supporting conservation efforts, is a critical element of the protected area expansion project. Benefits will include opportunities for employment in conservation activities, sustainable agriculture, fisheries, and park-related infrastructure development.