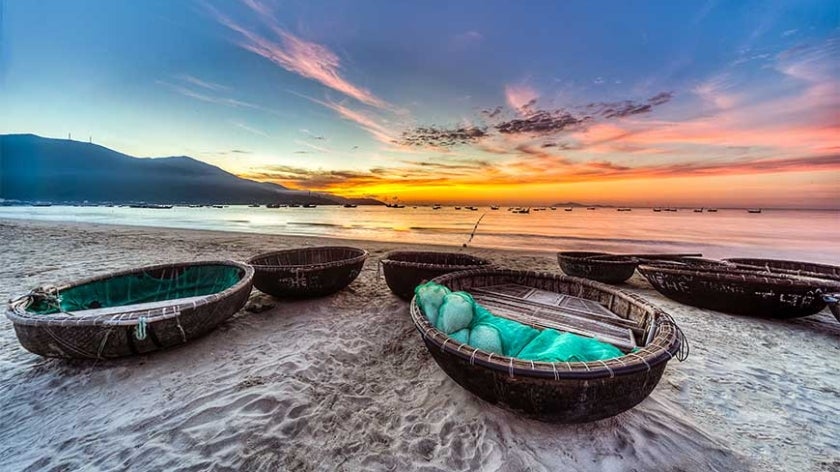 The skyline of Da Nang, with its high-rise buildings, modern bridges, and miles of clean and manicured oceanfront, leaves little doubt that the city’s economy is thriving. Over the last three decades, Viet Nam’s central government has made it their mission to transform this coastal city into a dynamic center, destined to become a cultural, commercial and industrial focus for the country and East Asian region.

Da Nang, which will play host to the 6th GEF Assembly in June 2018, is now home to about one million people, has the country’s third largest commercial port, a thriving manufacturing sector and a booming tourist industry.

However, the rapid development has also meant that a larger population and growing industries compete for the same resources along the shoreline. This has put a great deal of pressure on the environment, and on the government that has the responsibility of preserving the unique ecological features of this coast, as well as mitigating negative environmental impacts- particularly those associated with pollution, flooding, biodiversity loss, and coastal inundation. 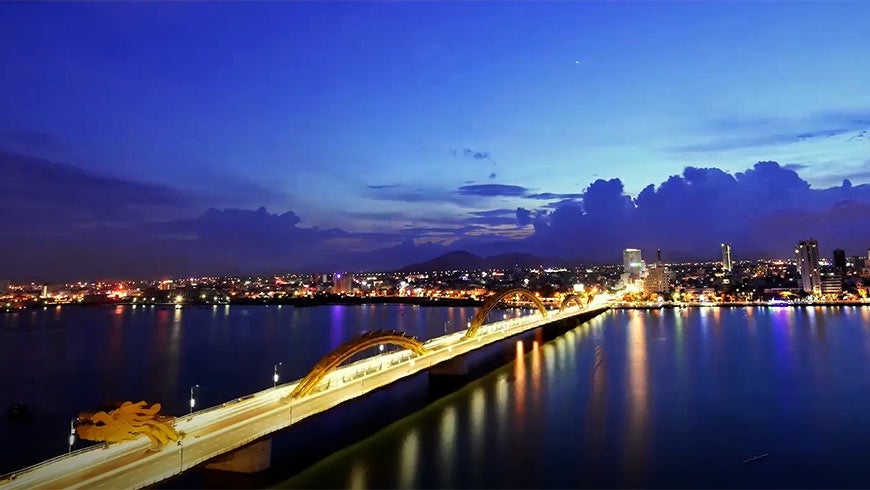 The East Asian Seas and PEMSEA

Da Nang’s situation is not an exception in the region. The countries facing the East Asia Seas have always benefited from their ocean heritage and, over the last twenty years, have experienced unprecedented economic and population growth. Today, the region’s ocean generates more than 40% of the world’s fish production, and its coasts are home to a third of the world’s mangroves and coral reefs, which support marine biodiversity and protect lowlands against flooding and natural hazards.

Nevertheless, an estimated 77 percent of the region’s total population of 2.62 billion lives in the coastal areas (PEMSEA 2015). Clustered around them are traditional resource-based activities, such as coastal fisheries, aquaculture, forestry and agriculture, side by side with industry, shipping and tourism. All of this is straining the ocean. Coastal waters have been contaminated and habitats destroyed, endangering biodiversity and threatening the economic development of the region.

The conventional issue-specific or crisis-oriented environmental management approach was not sufficient to curb or reverse the trend of environmental quality decline. There was the need to have a more holistic, integrative and area-specific governance approach in designing policy and management interventions within the overall framework of sustainable development.

For this reason, with GEF support since 1993, 12 of the region’s countries - Cambodia, PR China, DPR Korea, Indonesia, Japan, Lao PDR, Philippines, RO Korea, Singapore, Thailand, Timor-Leste, and Viet Nam - came together under the Partnerships in Environmental Management for the Seas of East Asia (PEMSEA) and adopted the Sustainable Development Strategy for the Seas of East Asia (SDS-SEA) through the Putrajaya Declaration in 2003.

PEMSEA has evolved from a long-running UNDP-GEF project to its status as an intergovernmental organization. Its main function is to coordinate the collaborative planning and implementation of the SDS-SEA, which serves as a platform for regional cooperation to develop policies and programs on ocean and coastal governance and sustainable development, at the national and local levels.

Today, PEMSEA is recognized as a global center of expertise for Integrated Coastal Management (ICM), an approach that brings together all stakeholders in the planning and management of coastal resources. With the continued support of the GEF and implementing agency partners, including the World Bank and the UNDP, the region continues to make progress in mainstreaming ICM practices. Thanks to PEMSEA, about 17 percent of the region’s 234,000 km of coastline is now managed under the ICM approach (PEMSEA 2013), including that of Da Nang.

The GEF investment to establish and support the institution has been modest if compared to the scale of the region and the issues faced - $47.46M in grant funding that catalyzed over $200M in co-financing, between 1994 and 2018 -  but key in catalyzing transformational change and sustain other regional initiatives.

“The stalwart support of the GEF over the years has been a major factor in the development and maturation of PEMSEA and ICM in the region. Each phase of PEMSEA’s evolution has consisted of clear and measurable targets, which promoted progressive development and uptake of ICM. Currently, there are more than 80 local governments across the region applying ICM as a management system for sustainable development and management of their coastal and marine areas” says Adrian Ross, PEMSEA Executive Director.

In 2000, Da Nang was chosen as ICM demonstration site of PEMSEA in Viet Nam. Over fifteen years of implementation, the ICM approach contributed to improving the city’s development plans and created capacities to use tools and methodologies for environmental monitoring, coastal resources assessment, natural disasters management, livelihood development, and food safety among others. It also contributed to reduce conflicts among sectors and stakeholders.

In particular, the coastal-use zoning plan and the broader involvement of civil society in the implementation of the strategy boosted the role of communities in environmental protection and helped the city government in resolving usage conflicts.

“GEF has been highly supportive to various environmental protection activities in the region, including the development and implementation of the ICM approach. Through GEF funded activities, enabling policies for ICM have been established in Viet Nam. In addition, community based activities have been piloted and are being scaled up to disseminate lessons learned to other coastal areas” says Do Nam Thang, Viet Nam GEF Office. 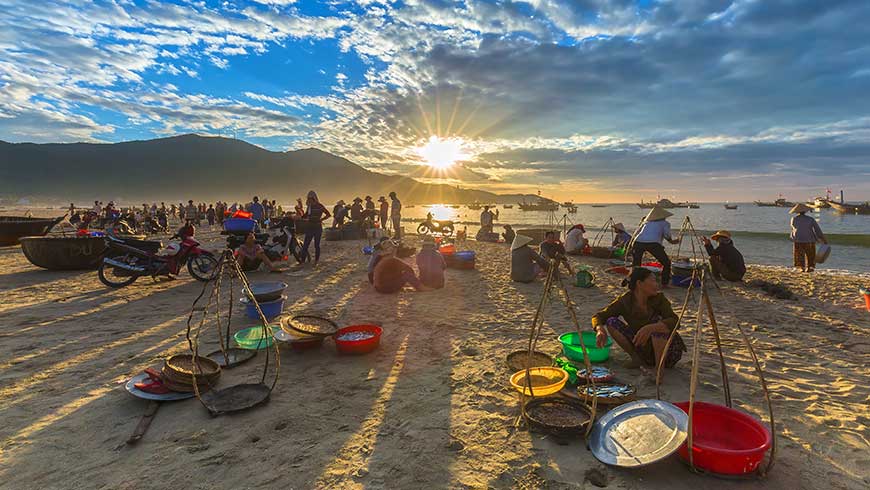 An innovative approach adopted by the city of Da Nang, involved the establishment in 2010 of a Model Club of Coastal Community for Sustainable Development. The Club promotes the direct participation of local communities in coastal resource management, and in the implementation of alternative livelihood options among the members. The benefits of this approach are having a tangible impact on the local population. According to Mr. Nguyen Dinh, Club Chairman, club members who have shifted from inshore fishing to tourist services raised their monthly earnings of 20%, with less occupational risks and better working conditions.

Although the ICM has brought much progress, the issues related to coastal management of the South East Asia region are far from being resolved. Sea waters are warming up impacting the ocean ecosystem, and coastal urbanization and population growth are exerting an ever-growing pressure on marine resources.

“The 2021 target of PEMSEA countries is not to only extend ICM coverage to 25 percent of the region’s coastline, but also to scale up its on-the-ground application to address the most critical threats to coastal communities and ocean economies. GEF continues to serve as a major catalyst and vehicle for scaling up ICM applications to these new dimensions, and for transferring the knowledge and experience of PEMSEA to other regions of the world”, added Adrian Ross.

A combination of public and private sector infrastructure and policy investments can help to preserve the region’s rich ocean heritage. PEMSEA can certainly play a key role in making this happen.

Partnerships in Environmental Management for the Seas of East Asia (PEMSEA)

The GEF’s contribution to sustainable development in Vietnam

From Coast to Coast: 20 Years of Transboundary Management of our Shared Oceans 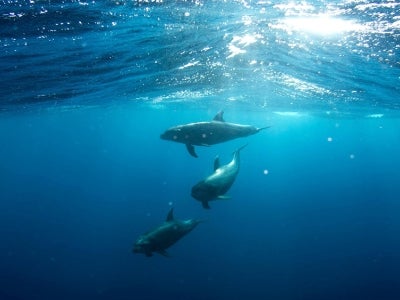 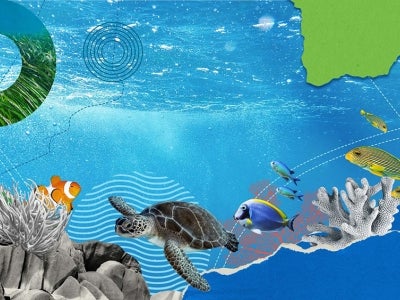