The people’s reef: Community stewardship of marine heritage in Belize 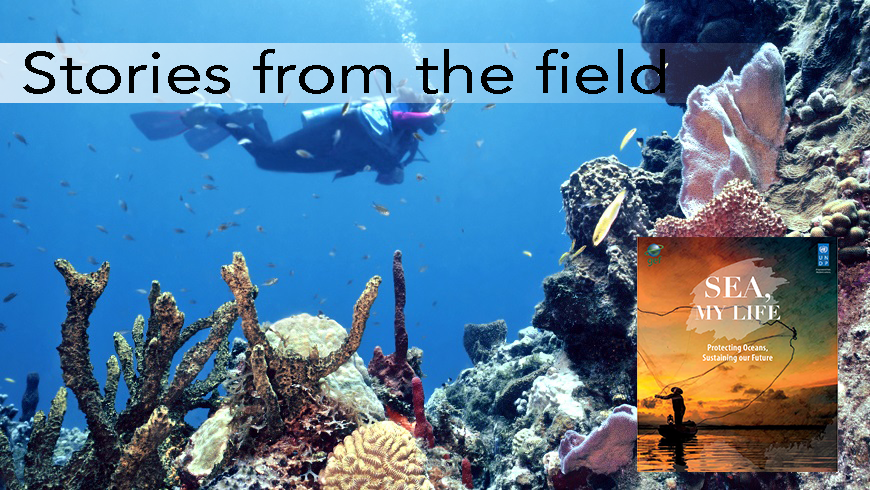 Marine tourism, focused on the barrier reef, has become one of Belize’s most important industries, providing employment for more than 25% of the population.

To strengthen its capacity for effective management of its marine heritage, the Government of Belize has engaged non-governmental organizations (NGOs) as co-management partners of many of its protected areas. These NGOs have attracted significant funding to invest in the protection and sustainable use of the country’s marine resources. They have also facilitated active participation of local communities and other stakeholders (such as commercial tourism operators) as custodians and co-managers of the marine protected areas within the World Heritage Site.

These initiatives have been greatly facilitated through a series of community-based projects supported by the GEF Small Grants Programme (GEF-SGP) working in partnership with other donors. These projects formed part of the broader COMPACT programme (Community Management of Protected Areas for Conservation), which has been implemented in eight World Heritage Sites around the world between 2000 and 2013. In Belize, the projects supported by GEF-SGP set out to: expand sustainable livelihood options for community groups and reduce stressors on the reefs; promote the conservation and sustainable use of reef resources through outreach and education; and, develop or enhance the management capacity of community groups who participate in co-management of marine protected areas within the World Heritage Site.

Creating alternative livelihoods for fishers is a key strategy for reducing pressure on strained fishery resources while building sustainable communities.

Marine tourism, focused on the barrier reef, has become one of Belize’s most important industries, providing employment for more than 25% of the population. Many of the caye, central and southern coastal communities now rely mainly on tourism for their livelihoods, especially around San Pedro, Caye Caulker and Placencia.

Two of the projects initiated under the COMPACT programme provided support to the Placencia Tour Guide Association (PTGA), to enhance appreciation, awareness and stewardship of the southern barrier reef ecosystems. These projects provided advanced education and training to marine tour guides to: promote responsible tourism practices; minimize damage to coral reefs; increase compliance with regulations within protected areas; and, enable community members to become licensed scuba-diving guides. These projects were also the first ever to promote community monitoring of whale sharks at the Gladden Spit and Silk Cayes Marine Reserves using photo identification. As a result of these activities, the global database for whale sightings (housed at www.whaleshark.org), now has 273 encounters reported from Belize alone. The project also promoted regional co-operation by facilitating learning exchanges between marine tour guides and whale shark researchers in Belize, Mexico and Honduras. Involving tour guides as custodians of reef resources and citizen scientists has also contributed to enhanced communication, collaboration and partnerships with park managers and concerned groups at the local, national and international levels.

The work with marine tour guides was complemented by other projects to promote alternative livelihoods, including the cultivation of indigenous seaweeds by the Placencia Producers Cooperative Society Limited. Seaweed farming provides a viable alternative to fishing. It builds on the existing skills and knowledge of fishers, and their understanding of the sea, whilst providing opportunities for income diversification and reducing pressures on fish stocks. With the support of the GEF-SGP and their partners, sustainable seaweed cultivation is now being scaled-up in other coastal areas of Belize, and South-South learning exchanges have been facilitated with Colombia and Cuba.