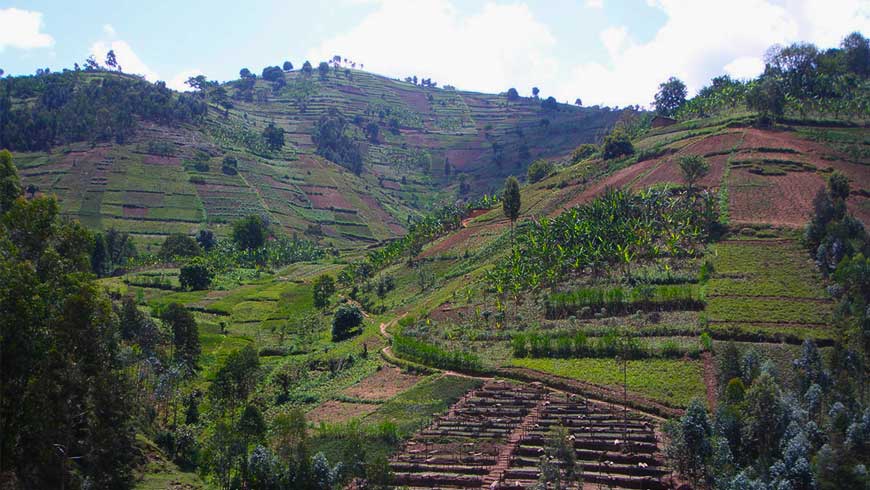 Since losing his wife, 61-year-old Senyenzi Esron from Nyabihu District near the Gishwati forest in western Rwanda has been struggling to educate his eight children.

But a project funded by the world’s largest financer of environmental projects in developing countries, the Global Environment Facility (GEF), has allowed him to diversify into beekeeping, which has changed his life.

“The honey I got from beekeeping has really helped me pay school fees for my kids,” says Senyanzi. “The honey also gave me money to buy a bull, which has since matured and is now worth 280,000 Rwandan francs [$330]. I plan to sell it and buy a dairy cow.”

People like Senyenzi are building ecosystem and community resilience to climatic shocks thanks to two GEF projects in Rwanda.

The first project ran from 2010 to 2015 and has helped Rwandans reduce their vulnerability to floods and droughts. Funded by the GEF and implemented by UNEP and UNDP with local partners, the Reducing Vulnerability to Climate Change by Establishing Early Warning and Disaster Preparedness Systems and Support for Integrated Watershed Management in Flood Prone Areas project worked to reduce the vulnerability of people living in the crest area of the Nile-Congo basins, also known as the Gishwati ecosystem.

The project developed an early warning system for climate change risks, increased capacity for risk responsive planning at the district and local levels, created risk maps and land-use plans to help increase ecosystem and community resilience to climatic shocks, and developed the national information base on climate change and adaptation through awareness and training activities, and the documentation and sharing of lessons learned. 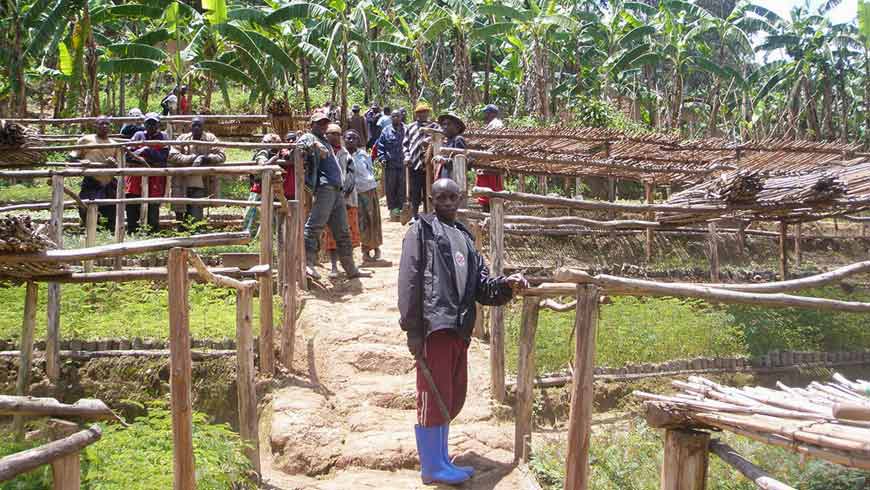 To enable early warning on climate-change-related risks, the project installed 22 weather stations in 17 of Rwanda’s 30 districts. Each station now provides live data every five minutes, available via the internet and mobile phone. To increase risk-responsive planning, climate change adaptation priorities were identified, and a beekeeping sub-project was implemented in Nyabihu District.

Land rehabilitation activities (seedling production, and soil and water conservation measures such as planting and terracing) were carried out on over 1,400 hectares in the four target districts to help increase ecosystem and community resilience to climatic shocks. Over 91,000 fruit trees were distributed to local farmers, a veterinary pharmacy was provided in Rutsiro District, and small-scale alternative livelihoods projects (poultry and mushrooms) were set up in parts of Nyabihu District.

To further develop the national information base on climate change and adaptation, the project also made a short documentary on its activities and established the online Rwanda Climate Portal. Related activities including developing a beekeeping training manual in the local language (Kinyarwanda), training over 180 local beekeepers, constructing a honey-processing centre, and establishing a beekeeping union in Nyabihu District with 250 active members across eight cooperatives.

“This year’s honey production is expected to be around 10 tons, but after improvement of productivity per cooperative the potential in coming years is expected to be 30 tons per year,” says beekeeping union president Theonest Harelimana.

A survey conducted in October 2014 concluded that the project had reduced the vulnerability index from 28.2 in 2011 (baseline) to 19.9. The Rwandan Meteorology Agency is now issuing rainfall forecasts three times a day, and sends early warning SMS messages to 1 million people daily.

The second project, which started in October in 2016 and ends in December 2020, is being implemented by UN Environment and aims to build the resilience of communities living in degraded wetlands, forests and savannahs using “Ecosystem-based Adaptation” (EbA).

Titled Building resilience of communities living in degraded wetlands, forests and savannahs of Rwanda through an ecosystem-based adaptation approach, the project will seek to strengthen the technical capacity of Rwandan authorities to plan and implement EbA, strengthen the policy and strategic framework in Rwanda to promote ecosystem restoration and management, restore ecosystems to increase their resilience to the effects of climate change, and promote sustainable and climate-resilient livelihoods.

This story was originally published by UNEP.