A thousand lakes: Protecting the Hubei wetland in Central China 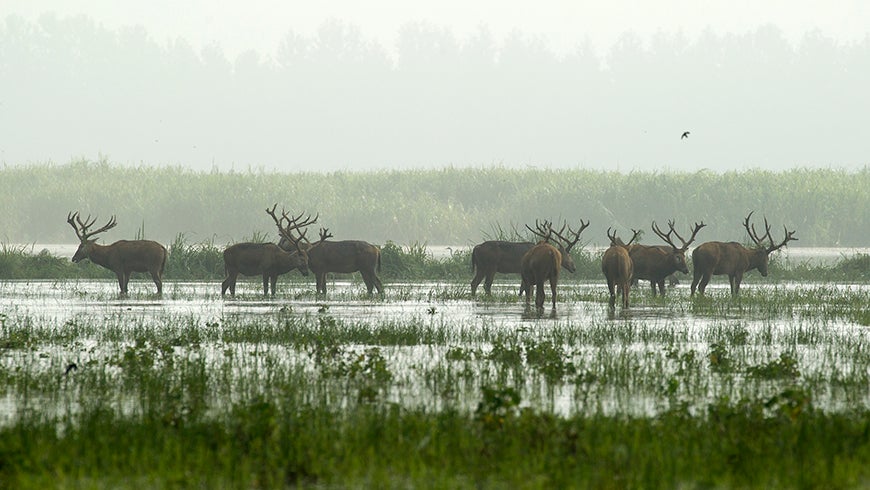 The wetlands in Hubei are facing many threats. Physically, wetland degradation is the result of encroachment, water quality deterioration, and invasion of pests. Logistically, factors such as difficulty in co-ordination between departments and inadequate management capacity have threatened protected areas and biodiversity. Photo: UNDP China.

Located in the middle reaches of the Yangtze River, Hubei Province is rich in fresh water resources and is known as the province of a thousand lakes.

A refuge and an ecological barrier

With four wetlands in Hubei province inscribed on the list of Wetlands of International Importance by the Ramsar Secretariat, these wetlands provide habitat and wintering ground for many species of wetland migratory waterfowl, and serve as an important ecological barrier protecting neighbouring areas from flooding.

In addition to its important role in groundwater recharge, flood storage and fish production, the site is important for environmental education and tourism, with about 20,000 visitors annually. 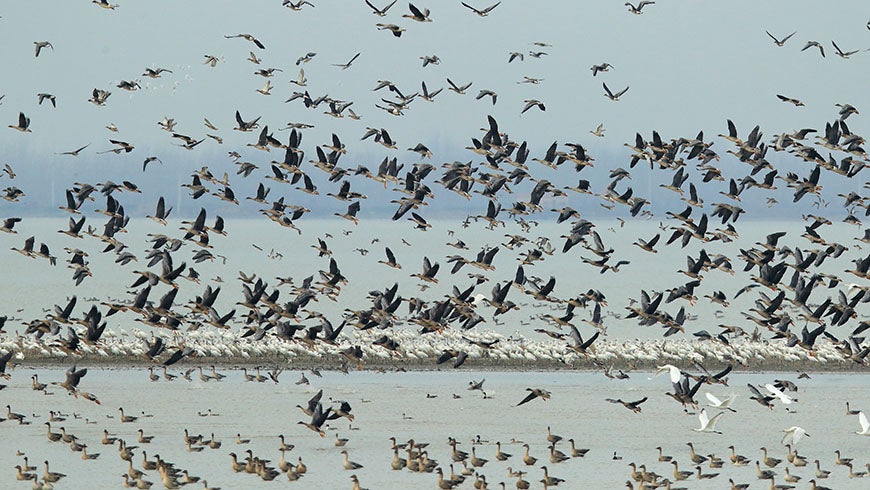 The wetlands in Hubei are facing many threats. Physically, wetland degradation is the result of encroachment, water quality deterioration, and invasion of pests. Logistically, factors such as difficulty in co-ordination between departments and inadequate management capacity have threatened protected areas and biodiversity.

These circumstances resulted in a pressing need to strengthen the management of the protected land and wetland ecosystems, stop habitat degradation and biodiversity loss.

Responding to this urgent call for action, the Forestry Department of Hubei Province, with funding from the Global Environment Facility (GEF) and UNDP support, launched the ‘Strengthening Management Effectiveness of Wetland Protected Area System in Hubei Province for Conservation of Globally Significant Biodiversity’ project in 2014.

The total hectares of wetlands in Hubei Province "showing marked reduction in threats of degradation of wetlands and over-exploitation" have increased by 13% from project start.

Wang Linyu is a local fishermen born and raised on Honghu Lake, a freshwater lake within Hubei Province, and has watched this transformation firsthand.

In 2015 - 2017, under the supervision of Hubei Provincial Government and support of relevant agencies, Linyu watched as 125,000 hectares of purse nets in Honghu Lake were removed. 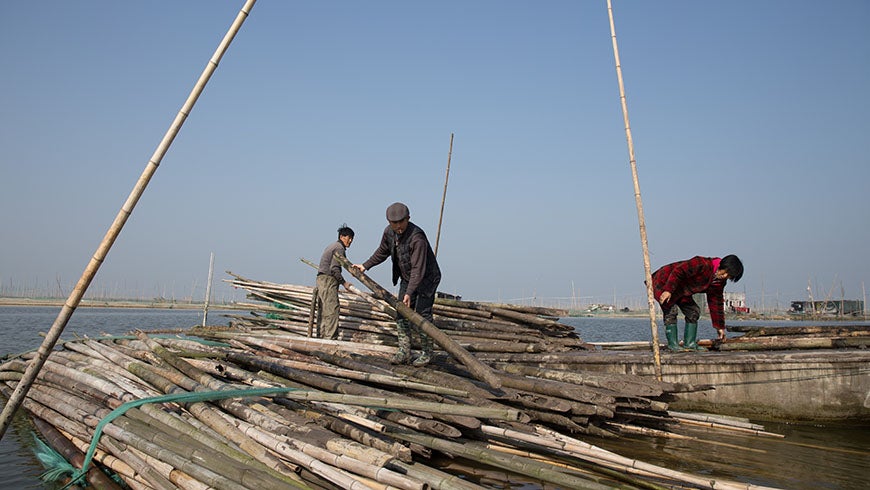 With diminishing yields from the purse nets, the fishers in Honghu Lake were experiencing poor returns and could see that the answer was not more nets.

As Linyu noted, “we used to make a living depending on the environment, while we also have to protect it when we are making use of the nature resources. If we ruin the water of Honghu Lake, we could not survive eventually.”

To support the transition to sustainable livelihoods, the project held 19 training workshops on alternative professional skills - supporting 2,639 people who previously relied on the lake's resources. Additionally, living subsidies were granted by the government for senior fishermen aged over 60.

In 2017, noting the ecological progress and targeted poverty alleviation from the removal of the purse nets, a total of 12,500 additional hectares of purse nets were removed. With project support, and working under the supervision of Hubei Forestry Department, in partnership with Jingzhou Municipality, Honghu Municipality and Jianli County, 3.578 million meters of sunken nets and 4.829 million broken poles were cleared away. In addition, 398 sunken boats were also located and marked with GPS, and are now being salvaged one by one. 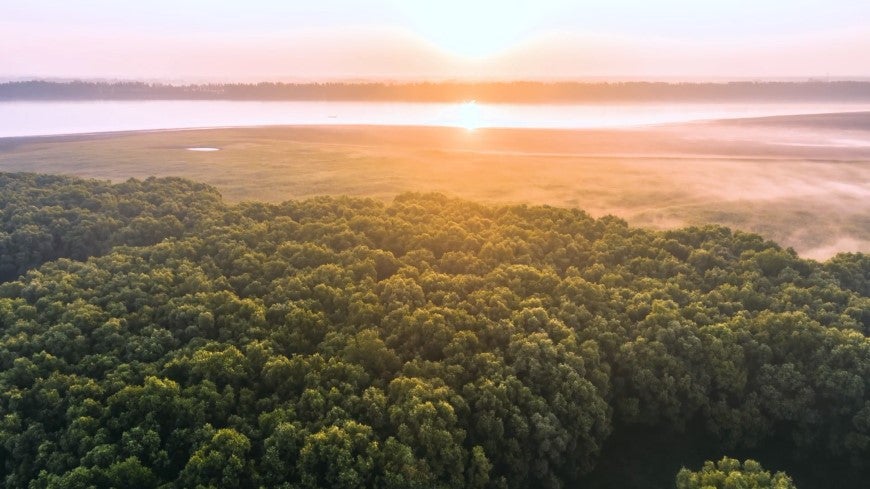 In addition to the strong stable of policies and plans, the project greatly strengthened wetland management effectiveness by providing trainings to improve mobile patrolling and law enforcement monitoring, and by providing relevant equipment.

The momentum generated by the project and the ongoing government commitment to wetland conservation indicates a high likelihood of sustainable project results, provided funding is assured and assists continued capacity development.

Concretely, this means Hubei’s globally significant wetlands and associated species will enjoy the project’s ecological benefits for the long term.

The broader GEF Wetland Programme, of which this project forms part, consists of a national co-ordinating project and six provincial projects located in Xinjiang, Hubei, Anhui, Jiangxi, Hainan, and the Daxing’anling region in Inner Mongolia and Heilongjiang.

These efforts are advancing China’s efforts to achieve the Sustainable Development Goals (SDGs). In particular, this project supported progress on achieving SDG 1 on poverty, SDG 8 on decent work and economic growth, SDG 11 on sustainable cities and communities, SDG 13 on climate action and SDG 15 on life on land among others.

This story was originally published on Exposure by UNDP Ecosystems and Biodiversity.

The marrow of nature: Protecting the Yangshan Wetland