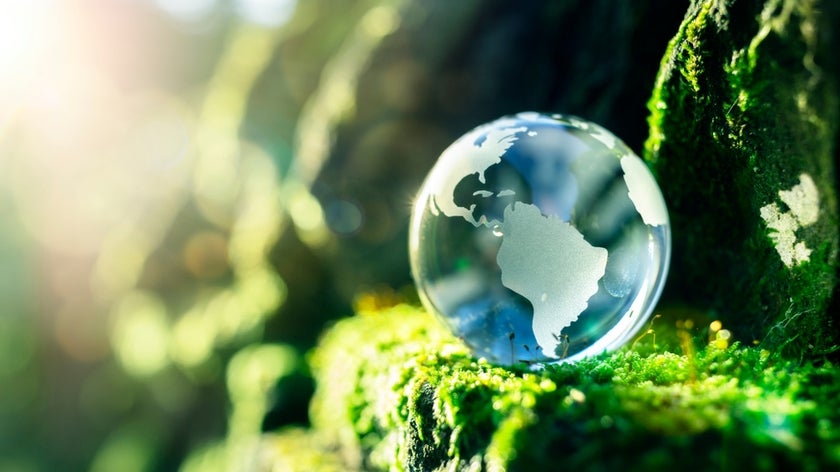 The Global Environment Facility’s member governments, meeting on its 30th anniversary, approved new funding to keep advancing international conservation priorities through the pandemic and to bring 2030 goals within closer reach.

GEF CEO and Chairperson Carlos Manuel Rodriguez welcomed the continued progress amid headwinds from the pandemic, and signaled a need to stretch further in the years ahead.

“The GEF has a vital role in the global efforts to make the world more nature positive, carbon neutral, and pollution free by 2030. These are very ambitious goals but as the GEF enters its fourth decade we are better placed than ever to work with our partners to make them a reality,” Rodriguez, a former Costa Rican environment and energy minister, told the Council.

The GEF was launched in 1991 as a pilot program to support joint action on biodiversity, climate change, ocean health, and the ozone layer. It has grown since then into the largest and most experienced multilateral fund supporting action to address environmental degradation, combat illegal wildlife trade, and support more sustainable cities, food systems, forests, and waterways.

In a new publication launched for its 30th anniversary, including reflections from governments, agencies, and other partners, UN Secretary General Antonio Guterres described the GEF as “an important and trusted partner to developing countries.”

“During the past two years the Global Environment Facility has helped developing countries hit by the COVID-19 pandemic by focusing on food security, land use and cities. It has also helped to analyze the connection between infectious diseases, deforestation, and ecosystem fragmentation,” Guterres said. “I commend the work of the Facility, and I urge developed countries to fully support the GEF as it concludes its eighth replenishment period.”

“GEF investments have had transformational impacts for people and the planet,” Malpass said. “We look forward to our continued partnership with the GEF as we build global efforts toward a green, resilient, and inclusive future for all.”

The GEF Council meetings were preceded by a knowledge management session focused on finding ways to increase learning opportunities across the partnership, and a CSO consultation co-hosted with the GEF CSO Network focused on youth-led advocacy and solutions, where young environmentalists shared their priorities and ideas about how the GEF’s unique and diverse network can support their work.

Elizabeth Wathuti, who founded the Green Generation Initiative, told Council members participating in the consultation that they should ensure that each of their policy and funding decisions are in the best interests of children and young people, and called for the meaningful inclusion of youth voices in the governing body meetings.

Derrick Mugisha, founder and CEO of Biodiversity Hub International, pointed to climate change awareness as an area of urgent need for people of all ages, given related food security and other threats that are acute in developing countries. “The crises are all moving very, very fast. If we do not also act very, very fast, we will not be able to catch up,” he said. “It is so important for young people to be at the table discussing these issues.”

Over the week-long meetings, Council members also heard from the heads of the Scientific and Technical Advisory Panel and the GEF Independent Evaluation Office, which presented its seventh comprehensive evaluation of the GEF and a review of the Special Climate Change Fund, which provides support for innovative climate adaptation solutions in developing countries.

Leaders of the five environmental conventions the GEF finances shared updates on recent and upcoming international negotiations on biodiversity, chemical pollutants, climate change, mercury, and desertification. Each called for a robust replenishment of the multilateral fund to allow developing countries to keep making headway on complex challenges.

The new funding approved by the Council included $191 million in grants and blended finance from the GEF, and $20 million from the Least Developed Countries Fund, which provides targeted support for low-income and climate-vulnerable states. It was the second-to-last disbursement under GEF-7, the latest four-year programming cycle that ends in June 2022.

The programming to date in GEF-7 has met the cycle’s expected results on marine protected areas, improved management of marine habitat and shared water ecosystems, avoidance of persistent organic pollutant emissions, and areas of land restored. To date, 44 countries have accessed funding from the Least Developed Countries Fund during the GEF-7 cycle.

Negotiations are underway about GEF-8, the next four-year programming cycle that starts in July 2022.

Mette Møglestue of Norway, who has co-chaired the GEF Council for the past year, noted the GEF’s successes as “a pioneer in environmental and climate financing” and welcomed its recent efforts to work in an integrated way and focus on innovative solutions in partnership with the private sector.

“The GEF is not only an efficient mechanism for delivering global environment benefits, but it is also a well-functioning partnership with experienced agencies, dedicated operational focal points, a well-established Secretariat, and a dynamic and constructive Council,” she said.

Reflecting on 30 Years of the GEF 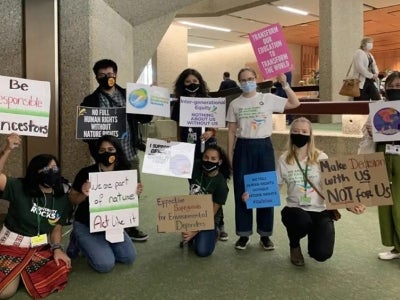 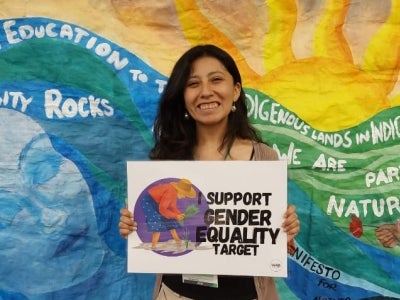 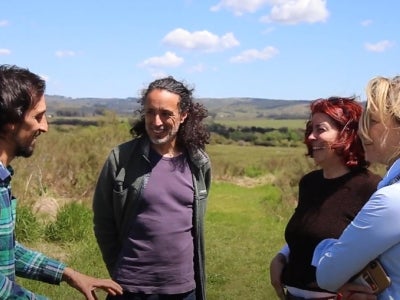